Every year I ask my two daughters to create goals for themselves for the year.  Last week, Python coding, Indian History (subcontinent not American), chemistry, and finishing a novella all got put on the docket along with much more.

The natural time for us  to do goal setting is after the summer break. Even two years into this homeschooling thing the habit of slacking off in the summer and gearing up for work in September is undeniable.  I see that same behavior in adults, even if they don’t have kids.  We all were trained in our formative years that September is the time we get to work.

I encourage everyone to take a moment and do so.  We all talk about New Years Resolutions, but that’s not the same thing as goals.  Goals can be simple things, or continuations of processes.  Often with New Years Resolutions we pass into the January funk, decompressing from too much sugar and overstimulation into depression and wonder why we fail at succeeding with our over ambitious plans.  I don’t really wonder. It’s a bad time of year to make a new starts.  Spring and Fall are the natural times of balanced change, but more than that we can take advantage of that deep rooted need to get new pencil boxes and fresh markers.

In particular, I encourage everyone to think about what new skills you’d like to learn, what new accomplishments you’d like to finish, and how you want to shape yourself into a better person. I have talked about the importance of gaining skills before to increase economic and environmental sustainability and security.  I would like to encourage everyone to take a stand against consumerism by learning how to be a Hobbit. I would love to see the pagan community create consent driven culture.  I would love to see pagans getting involved in their local communities and becoming more resilient.

Take a moment and jot down some of your goals.  Make a couple profitable for you, and a few that will benefit your community.  Choose one or two that involve learning a new skill.  Then make a plan of action to get it done.  Now’s the time, before the giant sales driven sugar high that starts in October and ends in a horrific sleigh driven crash scene in mid January.  Figure out what you want to do to make yourself a better person. I’m including a charm I’ve written to be read with your goals. 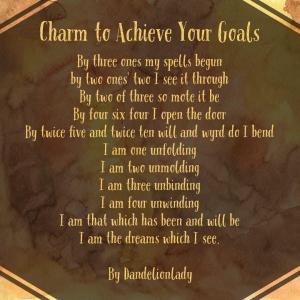 A Charm To Achieve Your Goals

By three ones my spells begun
by two ones’ two I see it through
By two of three so mote it be
By four six four I open the door
By twice five and twice ten will and wyrd do I bend
I am one unfolding
I am two unmolding
I am three unbinding
I am four unwinding
I am that which has been and will be
I am the dreams which I see.

This charm is based on the binomial expansion, which is a mathematical progression of exponent patterns in a specific summation of equations.  the first line talks about the first two lines of the binomial coefficient triangle. Each line that starts with “By” is written using the numbers in the lines after that.  I chose to work with the patterns within it because those equations are used in probability and prediction.  By using those patterns to create something new we are calling on the physics of probability in a very real way.  We’re talking the language of the Fates and Science! It’s school and cool.

After that I use simple ascending numbers to invoke their powers and end with a couplet focused on firing that fate energy toward achieving dreams and goals. I would suggest taking some time to create goals that are small enough to be achievable, give yourself a solid time frame to achieve them within and be honest.  Don’t pick goals you hate. Find things that are useful to you as well as fun sounding.

Here’s the list I made for myself. It may be slightly excessive. Your milage may vary. Create goals at your own risk.   Side effects may include motivation, change, a feeling of accomplishment, and not enough time to binge watch Buffy or Friends.

Things to Keep Working On:

So get your sharpened number two pencil out and instead of having nightmares of running naked through mustard colored halls after forgetting to take the math final, choose some stuff to do and go do it. 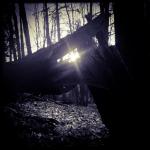 August 28, 2018
The Story of the First Witch in the Lithuanian Tradition
Next Post 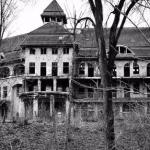