Honesty time: I follow pretty witch blogs on Instagram.  I like the pictures of carefully crafted altars full of more candles than I can afford to burn in one sitting with incense smoke drifting in hazy loops. Have you ever tried to take a picture of incense smoke? I have. It’s harder than it looks and I am happy to enjoy their hard work when I’m standing in line at the grocery store. You know what drives me crazy about those pretty skull laden images?  All the sage smudge sticks. They’re everywhere.  There’s little pithy pictures with text like “Smudge it up” and people selling smudge sticks filled with white sage, rose petals, lavender and quartz crystals. I don’t even know how that one works. Do the crystals fall out in little omen-like moments when you’re burning the stick?

“Ooo, the rose quartz dropped out of my sage smudge in the bathroom on a Tuesday.  I think it means I will find love soon!”

This is a world of nope, people.  Just don’t sage smudge.  I imagine someone reading this and wanting to tell me all the reasons why they should.  That’s the thing. You don’t have burn sage to survive, and we all know white sage is a Native American practice.  So let’s not. Unless you are part of a tribe that actually used White Sage (Salvia Apiana) for ritual practices, you can take the time and effort to be respectful enough to avoid using it.  The underlying practice is important, I get that. However, there are other options.  Here’s eight proven practices I’ve pulled from the lore and experience that you can use instead of white sage smudging.

One: Use Other Herbs for Burning. There are lots of traditional purification herbs that one can use instead.  Try Mugwort (Artemisia vulgaris). As you may have noticed, it’s in the same family as White Sage. Also, it has nothing to do with Garden Sage (Salvia officinalis) which is in an entirely different taxonomic family, so don’t replace your smudge sage with turkey stuffing flavors.

You can make it into a bundle to burn, or you can turn it into incense. Mugwort is easy to grow, but can be invasive, so I’d suggest learning what it looks like and starting to keep an eye out for it at local parks.  If you decide to grow it, make sure to cut it all down before it goes to seed or you will have a lot of mugwort babies.  Juniper is another traditional burning herb seen in Scottish, Slavic, and German folk traditions. You’ll need to dry it first, and either get some small ignitable charcoal bricks to burn it on, or bundle it with string. I will say that Juniper is a  very harsh smoke, I’ve wondered if some of the Scottish traditions of burning it after midwinter are more about evicting the tiny insect invaders like fleas and less about getting rid of bad magic.  If you do have a hard time with herbal smoke, I’d suggest adding Mullein (Verbascum thapsus) to any herbs you burn. The smoke is very gentle and has been recommended for asthma by herbalists.

Two: Use Resins for Burning. Resins are dried tree sap. They connect us to the earth in a very direct way. Some are deeply recognizable from Western religious and magical traditions like frankincense and myrrh. My favorite is the sap of the Balsam Fir.  I harvest it myself and it takes about a year to dry hard enough to powder and burn, but it’s something that grows on the land I know, it smells divine and works wonderfully. Researching local fragrant trees and if they give sap can be a fascinating and connecting practice.

Four: Sprinkle Salt Water. Basic, and easy to do, even when traveling. Any fast food restaurant will have salt packets you can grab.  If a person is in need of purification or grounding giving them a pinch of salt to eat is a sure trick to fix them up right.

Five: Put Out a Cup of Vinegar. Just make sure you don’t put it somewhere it’s gonna get knocked over.  Vinegar is a good ongoing spirit trap and purifier, kind of like a spiritual bug zapper.  It’s not something I use a lot in my house, since we have epic ping pong battles and crazy shenanigans on a fairly regular basis, but if your home is a little calmer, I highly recommend it.

Six: Sing. This doesn’t have to be spiritual chants sung in monk like dirges.  It can be any song you like. Old favorites work, too.  Certainly, if you have a real intense spiritual problem, you may need more than Beyonce, but for basic purification there is almost nothing better than using your voice and hearing the voices of others.  There is a distinct difference between listening to voices produced by speakers and listening to the original.

Seven: Tone. This is such a simple technique.  It’s just humming and allowing your voice to make sounds.  I am always amazed that I don’t hear more seasoned practitioners talking about toning. Galdr is similar, but the basic idea is that making tonal wordless sound is an excellent way to purify, heal, move energy and more.  I highly recommend trying it both in the humming way and the singing way. Try holding different vowel sounds and different notes. Try resonating it into your head, your chest, and your belly.  Try projecting that sound into objects and with consent, other beings.  It’s an amazing tool if you can get past the social inhibitions of making weird sounds.

Eight: Clean. By this I mean scrub.  Hot water with a little salt, lemon, vinegar, and mugwort tincture works absolute wonders.  Also, tidy.  Put that pile of junk away.  Organize your closet. Get rid of that collection of clown dolls. It’s doing nothing for you but hosting creepy spirits you don’t actually want hanging around. Just because cleaning is ordinary doesn’t mean it’s not effective.  I put this one last for a reason. As magical practitioners and pagans all too often we fall for the idea that magic must be pretty and perfect looking, filled with expensive crystals and rare herbs.

I’ve found that the most effective magic practitioners I know are well aware that stuff is just so much junk people sell you to make a buck.  They know magic is real and right in front of us.  I know it’s hard to get up the gumption to clean your bathroom, but I’m telling you it’s worth it. You can take that purification bath you’ve been meaning to do. You’ll please a whole host of spirits you want in your house: disir, house spirits, fate spirits, most mother goddesses, and a bunch of your ancestors. You will also create an environment where boggarts, the unquiet dead, and other unfriendly spirits simply won’t be comfortable.  Best purification ever.

So get out there and get purifying! There’s lots of techniques to do so in sustainable, simple, and non-appropriative ways. Build it into your shower by using a vinegar rinse.  Make it an ordinary part of your life and I believe you will find that your life will become a little more extraordinary. Best of luck to you.

If you appreciate this post and want to get access to more of my services and spiritual art, pop on over to my Patreon and check out what I’ve been working on. Thanks! 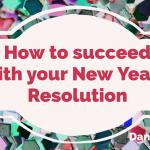 December 31, 2018
How to Actually Succeed with Your New Year's Resolutions
Next Post 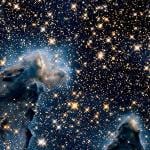 February 12, 2019 Worshipping the Daughters of the Night
Recent Comments
0 | Leave a Comment
"I watched Sabrina because an ex friend constantly quizzed me on it because I was ..."
Nekoshema Watch Hilda not Sabrina if You ..."
"Please what else can you share about Suale's Daughter Ziezdre, the Baltic Female mars goddess... ..."
Jack Ingersoll The Baltic Sun Mother and her ..."
"Hi I'm Lithuanian and I'm pretty sure aušrinė is calling out to me.do you know ..."
Gabija Devotion to a Lithuanian Goddess of ..."
"I'm a bit confused - you say White Sage (Savlia apiana) is more closely related ..."
Angela M DiMare-Messier Eight Methods of Purification That Aren’t ..."
Browse Our Archives
Related posts from Dandelionlady