Worshipping the Daughters of the Night

One of my oldest spiritual experiences was the discovery of what lay between my in-breath and out-breath.  It was the summer before high school and I was babysitting 35 hours a week. The kids were never home, so basically I spent the summer trapped in a house not my own, watching MTV and reading books. Eventually MTV gave way to VH1, to cartoons, to Gilligan’s Island reruns. Eventually even reading got boring. Shocking, I know.  So I sat in an empty grey house doing nothing at all for hours on end.

Breath in. Breathe out. Breathe in.  My breath was all there was.

I was so goddamn bored.

Then I found a thing inside my head.  In the moment when my lungs were empty there was a Space, and it was Vast. It was gone in an instant. I sat there shocked for a moment, and had to try again and again to re-find it, but I did. I found a nothingness inside my mind and when I went there I was calm.

Throughout my life I have come back to my breath and to the Void.  Eventually I found that the darkness had texture and movement, and sometime after that, I found a Being within it.  She was huge and flowing. She seemed to morph as she moved, and her voice has been many voices that become one in my ears.   I called her the Void Goddess and I have been her worshipper for a very long time.

As I have traveled through paganism I have sought Her out, honored Her, and come back to Her as a refuge. Once I asked her if she was Eris and she booted my ass out of the Void for months. I assumed that meant the answer was, “Nope.”  After many years I settled into Druidic priesthood, and focused on getting my classwork done. I researched the Celt, the Greeks, the Norse, the Balts, and the Slavs.  I learned about tripartite ritual structures and read Eliade.

But I never forgot the Void Goddess. I was called to do an annual ritual and offering of my own blood. Just a little bit. A prick. Like sleeping beauty and the heroine from the Grimm story Mother Hulda, I would prick my finger and then magic would happen.  I do this ritual every winter, after mid-January, before the last snow disappears. Each year I go into trance and I ask what it is that I need to do in this next year.  I call it my “marching orders”  Almost every year the advice or task I’m set pushes me. Often I will spend the whole year trying to comprehend what it meant.  The Void Goddess is smart.

I often feel like I’m dancing to a very different song this time of year when everyone I know is singing the praises of Brighid and the flame.  I feel a little like I’m happily bumping along, staring into the void and waving, “Hi!” to all the people huddled by their hearths.  How did this deep well of spirituality fit with the rest? I kept going, giving offerings and  building relationships with gods and spirits.  I became a devote of the Dawn and the Swan Maidens.  I learned to dance with the Star Spirits.

Turns out it’s all connected and I just worship different Sacred Descendants.

The key to the puzzle came from a trance.  I had pulled out a part of myself and set it to watch a construct I was building in Otherworld. This part of me appeared as a teenager, and mostly was like that. I had to visit the place I was building on a regular basis because I had put a rather large chunk of me there.  One day, I was visiting myself, and I said to me, “Study Eros.”  I found it ironic that teenage me wanted me to study sex. But I try to listen to myself, and so back in the meat world I began to study the god Eros.

I knew that Eros was Aphrodite’s son and that there was a younger and older version of him. It was the older version that I was called to study.  I discovered in Hesiod’s Theogony that Eros was considered to be one of the oldest creators along with Chaos, Gaia, and Tartarus. Chaos reminded me of my beloved Void Goddess and I kept searching. I came across Aristophanes’s comedy Birds, Ovid, and the Orphic tradition of Eros as Phanes and Nyx who birthed him from an egg.

“At the beginning there was only Chaos, Night (Nyx), Darkness (Erebus), and the Abyss (Tartarus). Earth, the Air and Heaven had no existence. Firstly, blackwinged Night laid a germless egg in the bosom of the infinite deeps of Darkness, and from this, after the revolution of long ages, sprang the graceful Love (Eros) with his glittering golden wings, swift as the whirlwinds of the tempest.”

And there She was, and I felt a little less crazy.

I found her in Norse lore and Vedic hymn.  I found she had a vast brood of children, many of whom I already worshipped. I have worked with the Fates for more than a decade now.  The Moirai (the fates) are her daughters. According to Hesiod’s Theogony, Hemera, the goddess of day, passes her mother Nyx as they go through the house; setting them up in opposition very much like the Vedic goddesses of Dawn and Night: Ushas and Ratri.

“Nyx and Hemera draw near and greet one another as they pass the great threshold of bronze: and while the one is about to go down into the house, the other comes out at the door.”

I even found my beloved bird women, in many forms.  Nyx herself, as a black bird, her daughters the Keres, who are about as Valkyrie like as one can get, and Nemesis, who is connected to swans through the myth Leda and the Swan, which led to the birth of Helen of Troy. Helen herself is sometimes said to have been hatched from an egg that Nemesis gave to Leda.  I have to admit, I really wasn’t expecting the swan connection. Eris is also her child, and maybe that was the reason that She was so irritated when I asked if that was who the She was.

I learned about the Norse goddess of night: Nott as well. How she had many children with many husbands. She too gave birth to the Day, She is known as the darkness, the masker, unlight, the-joy-of-sleep, and the dream goddess. In the Sigrdrífumál, The valkyrie Sigrdrífa calls on Day and Night, specifically to the Sons of Day and the Daughters of Night. I work with the Fates and the Stars, the Sun and the Dawn. These are the places I align.

There was never much of a cult to any of these gods, in the north or the south of Europe, though I admit I’m hot on their trail in the Northeast.  The Aesir and the Olympians caught the eye and the offerings of the folk.  Even now within the threads of Norse worship there are the Asatru who worship the Aesir, the Vanatru who worship the Vanic gods, and some who align as Rokkatru, who worship the chthonic deities and jotuns like Hela and her father Loki.

What is the name for those who honor the vast starry darkness and her descendants?

I feel weird about it. I’m not a goth and I don’t think of myself as particularly dark.  I raise kids, I grow food. I worship the Sacred Earth and I try to make the world more sustainable. But all of that swirls out of vast silence for me.  In my Wiccan days I told the story of the Void Goddess and how she created all things out of herself when the big bang occurred. Then I became a Druid and sought for my sacred things amongst the lore of the ancients.  I thought I would have to leave my beloved Void Goddess behind.  But I’ve found her in the breadth of the lore, threaded through. In Nyx, and Nott and Ratri.

I keep seeking her forms and her tales.  I finally built an altar for her, and it filled it quickly with all the things I had.  One of the lessons she taught me is that the dark and the light are the same, a flipping coin of paradox.  I give offering on the snow with the sun above because it is the whitest thing.  This year I’ve done my rites and given my offering on snow. It was so much easier than it used to be. This year I was given a vision of a second rite. I will be doing a summer ritual as well, exploring the darkest black.  I know it will happen after Midsummer somewhere around Lughnassadh. I know it will be under a starlit sky.  Other than that, it may take some years of experimentation to discover what will need to happen for me to honor Night and her Children.

I leave you with a poem I wrote to her some years ago. May you find the beauty of the Night as well.

Nott, I call to you
The smell patchouli and fragrant resins rises within me.
Heady is the thought of you.
Intoxicating.
The peace of not-ness beyond my heavy flesh. I ride the edge. Longing like a song calling me home.
The desire to fly, human pressures to fade.
I am a human child and I may not walk away, though I hear the fairy reel and beyond: the vast and satiating silence. Hand in hand we could dance, led away from this weeping world. And yet I stay.
And yet I stay.

If you might be interested in funding my research into this topic and others, consider stopping over by my Patreon and signing up. As always, thank you for reading. 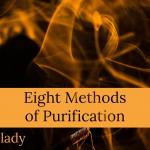 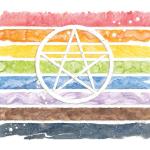 February 19, 2019 Convocation Schedule and Some Thoughts on "Drama" and Racism
Recent Comments
0 | Leave a Comment
Browse Our Archives
Related posts from Dandelionlady