Gerda: the Norse Goddess of Gardening and Horticulture

Gerda: the Norse Goddess of Gardening and Horticulture May 6, 2019 Melissa Hill

It smells of spring and wet earth after the rain.  I’ve been planting my seeds, and implementing my garden plans.  I’ve removed the sod from a number of new garden beds. I’ve transplanted bergamot, echinacea, comfrey, violets, roses, and geraniums into the new spaces. I’ve sweated in sun, felt the rain on the back of my neck, and the mud on my fingers.

I visit my Gerda shrine in gratitude and leave offerings of plant material, sacred water, and stones I have dug up from garden beds for Her.

Working with Gerda can be a powerful lifelong relationship to the land and to gardening. She speaks and I hear the song of peace through strong and careful labor.

She is the Lady of the Walled Garden,  the goddess of carefully cultivated spaces. She is a goddess who is defined by the innangard, a Norse word that means land inside spaces set aside for human use. Gerd literally means enclosure.  She is The One Who is Fenced In.  Often she is associated with the color brown, or the cold earth that is warmed by the love of Freyr.

What We Know From the Lore

Gerda is the daughter of two giants: Gymir and Aurboda.  We find Aurboda as one of Mengloth’s maidens in the saga of Svipdagsmál. Mengloth sits on the healing hill with her nine maidens, including the last, our Aurboda, whose name means gold-giver. Some people believe that Mengloth is a guise of Freya, because both are associated with gold, which means that Gerda’s mother may have been a handmaiden of Freya before her daughter became the wife of Freyr.   In the poem the Hyndluljóð, it is mentioned that Gerda’s family is related to Thjazi, the jotun who is the father of the Goddess of Winter, Skadi.

In the Eddas the tale of Gerda’s wooing by Freyr is told.  Mostly she’s not wooed by Freyr at all.  Freyr decides to sit upon the high seat and spies Gerda. He instantly falls sick with love and sends his Elven companion Skirnir to woo her for him. Skirnir agrees to do so, but demands Freyr’s sword first.  I find it interesting that we assume Skirnir, the bright one, brings various sorts of treasures, but seeing as her mother is named gold-giver, her family has no need of such things.  Eventually he gets desperate, and threatens her with all kinds of cursing and nastiness.

Cruelty and threats are the things that works, by the way. Certainly we can put this in the context of the time and culture, but I also want to sit with the fact that Gerda was threatened into marriage. It seems to me that she is fenced in, just as her name suggests.  I wonder if she counter offers for the sword.  We don’t actually know what happens with Freyr’s sword. We know Skirnir wanders off with it, having “borrowed” it.  We know that Freyr never gets it back because during the battle of Ragnarok Freyr doesn’t have his sword and must fight with a deer antler. Maybe with violence offered, Gerda chose to defuse the possibility of violence by demanding weaponry.  Such are the mysteries of ancient epic poetry. We are left to wonder what it was that happened in between the sagas.

Freyr and Gerda are also credited with being the progenitors Yngling dynasty in Sweden.  Freyr is listed as a king of Sweden and and Gerda as his wife, with their descendants ruling for generations.  When one looks at the lineages, it becomes clear that at least some of the mythology was encoded as history, much as the historicization of Roman mythology with Romulus and Remus.

What I Have Seen In Vision and Learned from Experience

Some scholars state that she is the goddess of all cultivated land, however I believe this is incorrect due to their misunderstanding of how agriculture actually works. I would argue that she is a goddess of the walled garden and horticulture.  Those who don’t do a lot of agricultural work often see all growing of plants as basically the same thing.  Farmers grow stuff. The end.  When one is farming vegetation, there are at least two primary ways.  One is field crops. This is where you grow big fields of stuff like grain or soy.  We grow most things this way in our age of agribusiness.

The other is horticulture, which is the production of high value crops, usually with high input costs.  These are plants that are fragile, susceptible to illness, or that need extra care. In the modern world these are flowers, fruit, herbs, and ornamental plants.  As Gerda is the goddess of the enclosure and married to Freyr, the god of fertility, she then is the goddess of enclosed fertility. Her sacred places are greenhouses, conservatories, atriums, botanical gardens, vegetable gardens, flower gardens, urban gardens, and home gardens.

When I visit her on the spiritual planes I see her home as a vast walled garden, usually of red brick. The descriptions from The Secret Garden come to mind. For anyone who is called to serve Gerda, I would highly recommend reading that children’s book. When I wander her halls, I see long walkways with many kinds of gardens. Some are for pleasure and some for useful plants. All are protected from the wild outside. Many things bloom and a gentle moist air is filled with the scent of herbs and fragrant flowers.

I have been calling her garden Urtrsalir from the old norse for herbs, urtr and salir meaning hall, as in Fensalir, Frigga’s hall.

Herself, she often wears sensible clothes. Sometimes it’s very like a monk’s brown robes, sometimes it’s a linen apron over brown trousers. Occasionally Gerda wears a green wool dress with leaves embroidered in infinite shades of green for a subtle patterning like dappled leaves.  I enjoy my talks with her, they leave me filled with peace and contentment.  In my life where I am constantly balancing many needs and I never have enough time, contentment is a rare gift.

I give her offerings of the first flowers from my garden. I leave the stones that I find in my garden beds in a cairn for her.  But most of all, I garden for her.  The process of tending plants is the most important offering one can give.  I also encourage those who do garden to save seeds and share them with others.  Sharing seeds, plants, and knowledge of gardening is a wonderful way to honor Gerda: the Lady of the Walled Garden.

The Prose Edda, by Snorri Sturluson

The Heimskringla or the Lives of the Norse Kings, by Snorri Sturluson

The Dictionary of Norse Mythology by Rudolf Simek

The Viking Spirit by Daniel McCoy

The Garden Primer by Barbara Damrosch

May the Goddess of the Garden grant you the blessings of strong seedlings and a good harvest. If you would like to grant me the blessing of support, consider pledging over at my Patreon. Thank you. 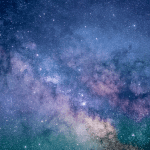 April 30, 2019
Bird Migrations and the Stars: The Science Behind the Connection
Next Post 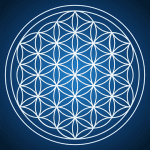 May 14, 2019 Meditating on Modern Physics: Mandalas from Scientific Thought
Recent Comments
0 | Leave a Comment
Browse Our Archives
get the latest updates from
Dandelionlady
and the Patheos
Pagan
Channel
POPULAR AT PATHEOS Pagan
1