Dear Church, You Are Queer

The Church is Queer

A defiant yet definitive statement, boldly proclaimed by Lenny Duncan, pastor and author of Dear Church; a Love Letter from a Black Preacher to the Whitest Denomination in the U.S. A statement that I believe should be echoed throughout all avenues and social applications.

Queer is a word that describes sexual and gender identities other than straight and cisgender. Lesbian, gay, bisexual, and transgender people may all identify with the word queer.

Before I dig in, I would like to pose a question, a question that came to mind as I was reading Duncan’s refreshing perspective. A question that requires some chewing and heavy reflection.

If the Church is queer and always has been, how do we teach the Church to love itself again after two thousand years of self-loathing? Pastor Lenny Duncan has a few ideas on how to remedy such a problem. But first, Pastor Duncan’s compelling and confronting words are necessary to introduce this idea.

Dear Church, you are queer. It’s OK. So am I. I’m not a particularly “out” queer person. I’m in a heteronormative marriage (I’m a cis-gender man married to a cisgender woman), so my queerness is less visible than the queerness of others. I am a queer person of color who has incarceration in his past, is covered in ink, and is not known for keeping my opinions to myself, yet I’ve only come out to my wife and a number of friends… After the systemic racism I have experienced firsthand in this church, I didn’t want to add homophobia to the mix.

The story of queer folks in this church started long before…It started before Luther. Before even Paul was a Christian, the evangelist Philip met a eunuch from Ethiopia and baptized him (Acts 8:26-40). The story of queer folks in the church is the story of the Holy Spirit leading one of the early church’s most prominent disciples to baptize a queer person of color- a person who was studying scripture already, which meant he was already part of the Jewish tradition or at least exploring it.

After Philip tells the eunuch what that very passage of Scripture is about, Philip delivers to him the Good News of Jesus. The eunuch then asks Philip a question- a question that Duncan has the answer to.

The answer is us, Church. We are the reason. We are the bar that has kept grace hostage. We are Pontius Pilate washing our hands and denying any culpability in the harm of our fellow believers. We have continued to act this way as believers for reasons having nothing to do with what queer people are doing in their bedrooms or how they express love in the world.

The reason we are so afraid to admit the church is queer has everything to do with our theology of sex. The leaders of the church have failed you. We have made sex dirty and have reduced human wholeness and love to the physical act of sex. We no longer see our sexuality as God given and therefor good. We have adopted a view of sex handed to us by Paul­­-a man who thought the apocalypse was imminent and who urged celibacy in preparation for that event. We have a puritan view of sex, as if pleasure and the flesh are evil. Yet we worship a God who was physically resurrected- flesh and blood.

Duncan deserves a standing ovation for his observation of the bad theology of sex that the Church has perpetuated. Sex- and most specifically, our sexuality- are divine gifts from God. Denying this truth is denying all that God created us to be.

We don’t like to think about God and sex. I get that. I have been in the same boat. I used to try my hardest to keep the velvet curtain up- you know, the one that shields God from seeing all the things I do with my partner at night. But God delights in our pleasure- in all pleasure.

Unfortunately, the Church has only sought to shame sex. To curtain it off and make it justifiable only between a married man and woman. If sex isn’t binary, if sex doesn’t include “natural” partners; the Church diminishes the holiness of that love by relegating it to heresy.

A rather radical proposition offered by Duncan depends on creating a healthier and more accepting theology of sex. Sex isn’t bad. For too long we have made the one act that brings forth life a regiment reserved only for opposing sexes, so long as they are joined in holy matrimony. We have got to stop limiting the parameters of love and sex. Sex isn’t just for making babies and it isn’t just for cisgender couples.

Dear Church, if we were having more life-giving and fulfilling sex, and more fulfilling love lives outside of sex, I bet we wouldn’t be so obsessed with what everyone else is doing and not doing in their bedroom… I’m going to talk about sex from the pulpit. I’m going to do everything in my limited sphere of power to remove the stigma and the shame. And I’m going to make my church a place where it’s safe to say, “Hey y’all, women like sex, and that’s OK, too.” Sex isn’t designed only for men’s pleasure, nor are women here just to please men.

I applaud Duncan for such a riveting and radical promise. There are so many necessary voices leading the charge with creating a shameless view of sex for our society and our church. Lenny Duncan’s voice is one of them.

Dear Church, the numbers don’t lie. The Church is on the decline. Thousands are leaving their churches behind forcing more and more doors closed. If the Church wants salvation, it must move toward inclusion, toward Jesus.

You are queer, and that’s how God made you. It’s time to embrace that, along with everyone who is in Christ (which is literally, everyone). Jesus comes to us in every connection and every interaction.

The good news is this: the church is queer, and it always has been. You will not be able to divest yourself of your own body, Church.

Lenny Duncan is pastor of Jehu’s Table, a church in the heart of Brooklyn. Formerly incarcerated, formerly homeless, and formerly unchurched, Duncan is now a sought-after speaker and writer on topics of racial justice and the role of the church in the twenty-first century. His documentary film, Do Black Churches Matter in the ELCA, was released in 2017.

Dear Church: A Love Letter from a Black Preacher to the Whitest Denomination in the US

From Dear Church: A Love Letter from a Black Preacher to the Whitest Denomination in the US by Lenny Duncan copyright © 2019 Fortress Press. Reproduced by permission.

This book is packed with so much information that I will be offering this as a series. Stay tuned. Part 2 will be published soon! 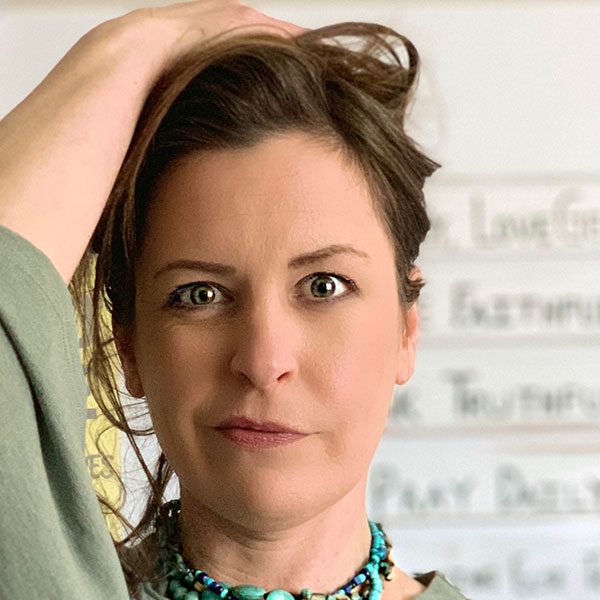 June 14, 2019
Deliver Us from Trump and the Dark Sides of Empathy
Next Post

June 22, 2019 The Audacity of an Apology!
Recent Comments
14 Comments | Leave a Comment
Browse Our Archives
get the latest from
Danielle Kingstrom
Sign up for our newsletter
POPULAR AT PATHEOS Progressive Christian
1 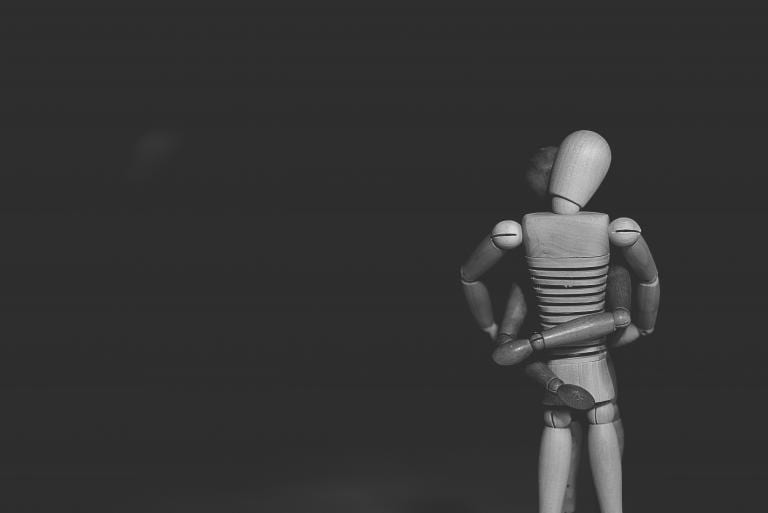 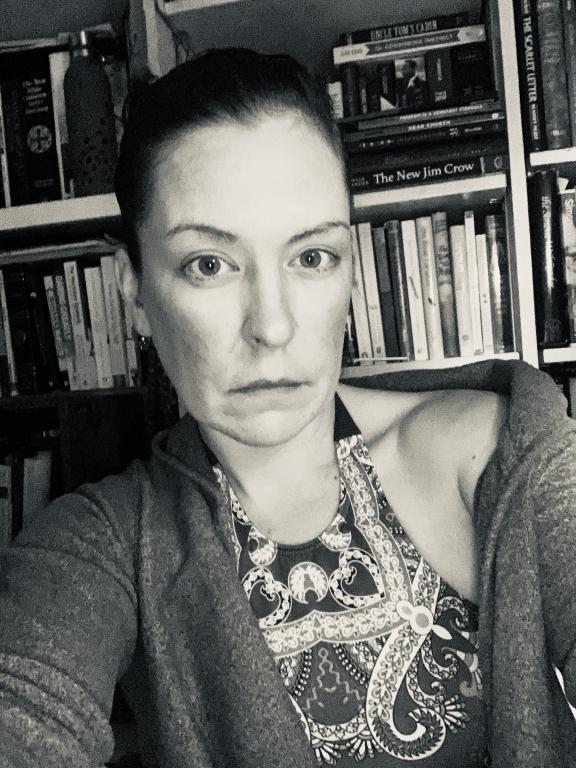 Progressive Christian
You Don't Know How it Feels...to Be Me
Danielle Kingstrom 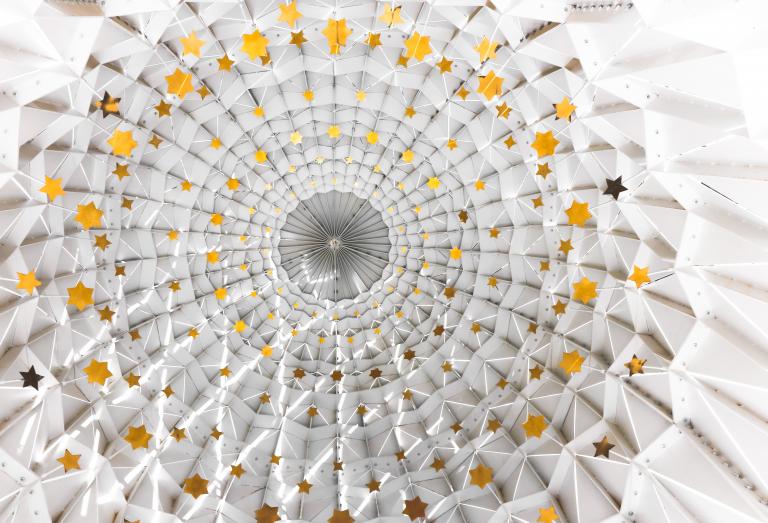