Wisdom, Tyranny, and Freedom of Speech

I suppose that I ought to comment on the NFL’s “national anthem” controversy.

First of all, I’m disgusted by the behavior of certain football players.  That they would refuse to honor the flag of the United States — a non-partisan symbol that far transcends the Republican or Democratic parties, as well as Donald Trump and Trumpism — offends me mightily.  And it’s especially galling that some of them chose to do it overseas, before a British audience.

Second, they absolutely have the First Amendment right to behave in this way.

Third, NFL fans have the absolute First Amendment right to stay away from professional football games and to tune them out on television and the radio.

Fourth, I’m glad that my father — a veteran of General Patton’s Third Army and one of the liberators of the Nazi concentration camp at Mauthausen — never had to see this sort of thing.  As I write, I’m sitting about ten feet away from the neatly folded American flag that draped Dad’s coffin fourteen years ago.

Fifth, I wish that I had been a serious NFL fan, so that I could make my displeasure tangible by ceasing to be one.

Here are some interesting comments on the controversy from prominent conservative writers, and they’re not all on exactly the same page about it:

Jay Nordlinger,  “Trump, the Flag, and Us”

Dennis Prager,  “Who’s Divisive — the President or the Players?”

Michelle Malkin, “How the NFL Feeds at the Taxpayer Trough: Claiming it’s merely a ‘private enterprise’ is laughable.”

David French:  “I Understand Why They Knelt: President Trump’s call for NFL players who take a knee during the national anthem to be fired was a troubling assault on free speech — and it put the league in an impossible position.

John Hawkins, “Trump is Right about the NFL Protests: A Response to David French”

The editors of National Review:  “Time Out”

I cite an article by Ben Shapiro above.  Mr. Shapiro is scheduled to speak soon at the University of Utah.  He’ll likely be permitted to do so, although there are voices that would like to prevent that.

I enjoyed this piece by the wonderful Jonah Goldberg, though I regret the fact that he felt obliged to write it:

“Does America Still Believe in the Right to Be Wrong?  The idea on which free societies are based seems more endangered than ever.”

Like me (and like Jonah Goldberg), Ben Shapiro is a never-Trump conservative.  Those who would deprive Mr. Shapiro of his right to speak would do the same to me.  I don’t find that even remotely amusing.

September 26, 2017
Some more on Arabia's ancient frankincense trail
Next Post 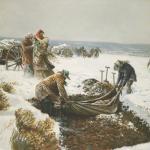