In my previous post on this topic, I wrote the following:

“Frankly, men tend to dominate apologetics because men are more inclined to be combative and more interested in certain styles of dispute.  This really isn’t open to question, I think.  It shows up in international politics, in crime statistics, in sports, and so forth.  It appears already in children, when boys roughhouse and make weapons out of sticks while girls . . .  play in other ways.”

Let me unpack that just a bit:

What I’m saying, of course, is that men appear to be, on average and by nature, more overtly competitive than women tend to be. (This competitiveness can manifest itself in largely healthy ways [e.g., in sports] and in largely unhealthy ways [e.g., in gangs and violence].)  That competitiveness, coupled with the fact that, at least until very recently, considerably more men than women have served as missionaries for the Church of Jesus Christ of Latter-day Saints — service that routinely puts them into situations where they’re obliged to expound, advocate, and defend the claims of the Restoration — goes a long distance toward explaining why men predominate in online and other debates about the Church of Jesus Christ of Latter-day Saints.

And such debates are an important component — though not the sole component — of apologetics.

In my experience, many women who are confronted by attacks on their faith (or, for that matter, by impassioned political arguments) are inclined to simply turn away.  Many men, by contrast, aren’t.  (In both cases, I say many — by which, among other things, I mean not all.)

There are, obviously, good things to be said for both reactions.  Sometimes one is more appropriate than the other.  Truth matters, and it should be defended.  But we should choose our battles.  And, specifically, Latter-day Saints should always remember that contention drives the Spirit away.

I think that I may have told this story before, but it’s apropos here in any case:

I developed the reputation, during my mission in Switzerland, of being able to hold my own rather well in what we missionaries called a “Bible bash.”  Accordingly, one day while I was serving in the mission home at Pilatusstrasse 11 in Zürich, I received a call from a pair of missionaries in the city.  They had set up an appointment that evening with an investigator who was a member of the Jehovah’s Witnesses — and with a high-ranking official of that group who would be debating them.  Could I possibly come to help?

I wasn’t exactly happy about the prospect, but they really felt they needed me.  So I went.  And, quite frankly, it was a slaughter.  The Jehovah’s Witness official wasn’t particularly good, and, by the end of our roughly two hours of “discussion,” I felt that I had actually humiliated him.

Which I absolutely hated.

I told the two missionaries that they should never, ever, call me in for such a debate again.

The man had been defeated in debate, but he was no closer to accepting the Gospel at the conclusion of the evening than he had been before.  Nor was their investigator.  The Spirit had been palpably absent.  It was a horrible evening, and I’ve never forgotten it.

None of which means that the truth shouldn’t be contended for or defended.  But it certainly does suggest that we should be very careful about how we do that.

January 27, 2019 New Testament Note 7
Recent Comments
0 | Leave a Comment
Browse Our Archives
get the latest from
Sic et Non
Sign up for our newsletter
Related posts from Sic et Non 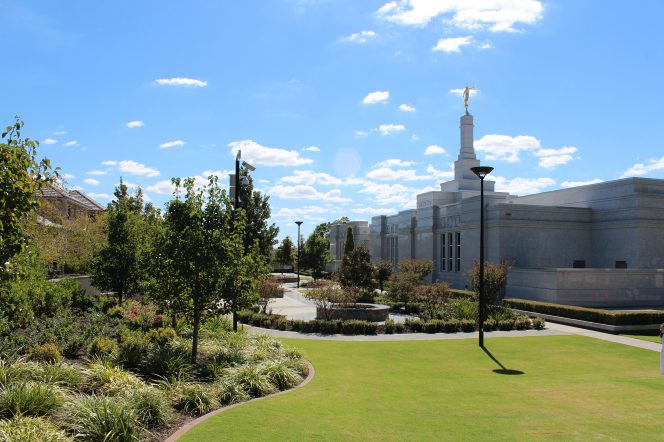