An iconic and historic photograph

At the April 2008 General Conference of the Church of Jesus Christ of Latteer-day Saints, President Boyd K. Packer of the Council of the Twelve told a remarkable story:

In 1976 an area general conference was held in Copenhagen, Denmark. Following the closing session, President Spencer W. Kimball desired to visit the Vor Frue Church, where the Thorvaldsen statues of the Christus and of the Twelve Apostles stand. He had visited there some years earlier and wanted all of us to see it, to go there.

To the front of the church, behind the altar, stands the familiar statue of the Christus with His arms turned forward and somewhat outstretched, the hands showing the imprint of the nails, and the wound in His side very clearly visible. Along each side stand the statues of the Apostles, Peter at the front to the right and the other Apostles in order.

Most of our group was near the rear of the chapel with the custodian. I stood up front with President Kimball before the statue of Peter with Elder Rex D. Pinegar and Johan Helge Benthin, president of the Copenhagen stake.

In Peter’s hand, depicted in marble, is a set of heavy keys. President Kimball pointed to those keys and explained what they symbolized. Then, in an act I shall never forget, he turned to President Benthin and with unaccustomed firmness pointed his finger at him and said, “I want you to tell everyone in Denmark that I hold the keys! We hold the real keys, and we use them every day.”

I will never forget that declaration, that testimony from the prophet. The influence was spiritually powerful; the impression was physical in its impact.

“You read about the Seventies in the New Testament, and here are two of the living Seventies, Elder Rex D. Pinegar and Elder Robert D. Hales.”

The custodian, who up to that time had shown no emotion, suddenly was in tears.

I felt I had had an experience of a lifetime.

Here’s something that I wrote roughly four years ago:

Significantly, I think, the Visitors’ Center currently being constructed along with a temple outside of Rome will feature marble replicas not only of the Christus, which appears in several temple visitors centers elsewhere, but, flanking that statue, of Thorvaldsen’s Twelve Apostles, including Peter with the keys. The implicit challenge to the claimed Petrine authority and keys associated with St. Peter’s Basilica in Vatican City is too obvious to overlook.

(“Seeing Ourselves Through the Eyes of a Friendly and Thoughtful Evangelical”  in Interpreter: A Journal of Mormon Scripture 15 (2015), note 9.)

March 10, 2019
An amazing thought: "New find could be oldest evidence of life ever discovered"
Next Post 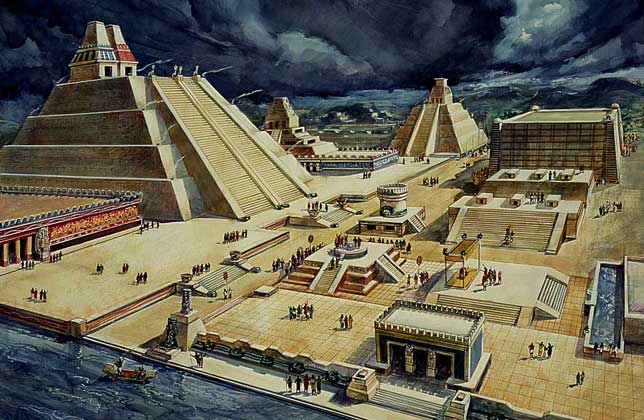