Martin Harris on the witness stand in Lyons, New York

In March 1829, Lucy Harris brought charges of conspiracy to commit fraud against Joseph Smith.  Those charges were heard before a magistrate in Lyons, New York.  Lucy Mack Smith provided an account of witness testimony during the proceedings:

The first arose and testified, that Joseph Smith told him that the box which he had, contained nothing but sand; and he, Joseph Smith, said it was gold, to deceive the people.

Second witness swore, that Joseph Smith had told him that it was nothing but a box of lead, and he was determined to use it as he saw fit.

Third witness declared, that he once inquired of Joseph Smith what he had in that box, and Joseph Smith told him that there was nothing at all in the box, saying, that he had made fools of the whole of them, and all he wanted was, to get Martin Harris’s money away from him, and that he (witness) was knowing to the fact that Joseph Smith had, by his persuasion, already got two or three hundred dollars.  (126)

Martin Harris was then called to the stand.  According to Lucy Mack Smith’s account, this is (at least in part) what he said on that occasion:

I can swear, that Joseph Smith never has got one dollar from me by persuasion since God made me.  I did once, of my own free will and accord, put fifty dollars into his hands, in the presence of many witnesses, for the purpose of doing the work of the Lord.  This, I can pointedly prove; and I can tell you, furthermore, that I have never seen, in Joseph Smith, a disposition to take any man’s money, without giving him a reasonable compensation for the same in return.  (127)

After Martin Harris’s testimony, Lucy Mack Smith recalled, the judge declared that no further witnesses were necessary.  He took the trial transcript from the court clerk, ripped it up, and told the people in the courtroom to go home, to mind their own business, and to “trouble him no more with such ridiculous folly.”

January 27, 2020
"'Hard' Evidence of Ancient American Horses" (Part 6), Plus a Note on Evolution and Faith
Next Post

January 28, 2020 A "Witnesses" milestone
Recent Comments
0 | Leave a Comment
Browse Our Archives
get the latest from
Sic et Non
Sign up for our newsletter
Related posts from Sic et Non 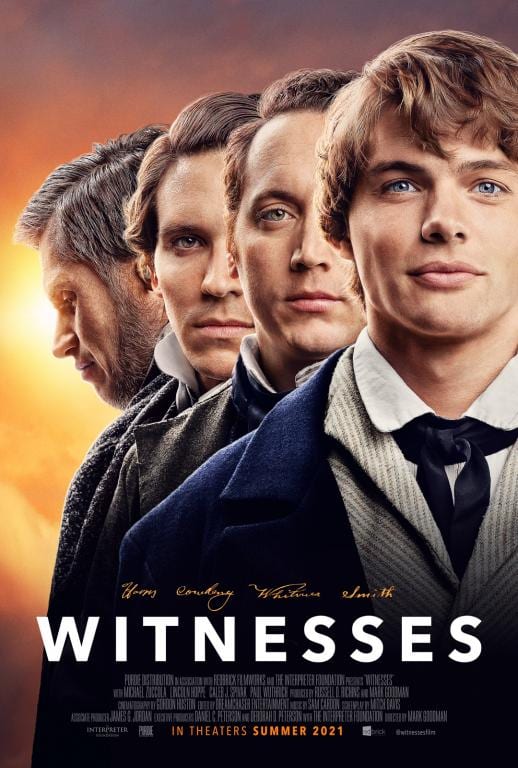