Also available via the website of the Interpreter Foundation:

The hosts for the 26 January 2020 edition of the Interpreter Radio Show were Steve Densley, Craig Foster, and Matthew Bowen.  In this episode of the Show, guest Stephen Ehat discusses Noel Reynolds’s recent Interpreter paper on Alma chapter 36.  Also featured was a roundtable on the upcoming Come, Follow Me Book of Mormon lesson #8 on 2 Nephi 11-15.  This installment of the Interpreter Radio Show has now been stripped of all commercial breaks and archived, and it is accessible to you at no charge via the link given above.

Remarkable (and, often, indescribable) colors are often mentioned in accounts of near-death experiences, including colors that seem not to exist on Earth and colored things (sometimes including people) that are said to glow from within.

A few days ago, I began to share passages that I had marked while reading Marvin J. Besteman, with Lorilee Craker, My Journey to Heaven: What I Saw and How It Changed My Life (Grand Rapids: Revell, 2012).  Mr. Besteman, who died (for the last time) in 2012, was a banker in the area of Grand Rapids, Michigan.  Here are some passages of the lights and colors that he claimed to have seen during his near-death experience:

The colors and lights in heaven were simply sublime. . . .

They were the deepest, richest, most gloriously lush colors I had ever seen, and some I had never seen before. . . .

I simply don’t think those colors and lights exist on earth. . . .

I know “indescribable” is a frustrating word, but I promise you, it fits the situation. . . .

I saw babies and children and grown-ups of all ages playing and talking and laughing on grass that was the greenest green I’ve ever seen. . . .

The sky in which I flew to heaven, and the firmament surrounding the heavens, were a wilder and bluer yonder than you would ever believe.  The atmosphere was soaked in color and light, and the blue was again outside of any tint we can brag about down here.

The closest shade I can associate this otherworldly blue with is the surreal tones of the water in the Caribbean or off the coast of Hawaii at sunset. . . .

The thing about the colors in heaven is that they are all shot through with a brightness, a luster that seems to incorporate the sun’s rays, the moon’s beams, a fire’s flicker, and a star’s glitter . . .

Heaven exhilarated me with its greens and blues, but the number one color there seemed to be white.  White! . . .

The white in heaven was — forgive me! — like none other I can compare.  From a brilliant white to an opal stone to a milk glass moon color, the white shades clustered in the sky like a huge bridal bouquet, white on white on white, yet all distinct tinges and tones, including some whites God is saving for us to see in Glory.  The multitude of whites included brighter whites and lighter whites — they were all gorgeous. . . .

The many lustrous varieties of white were, like every heavenly color, infused with glowing light.  (55-57, 60) 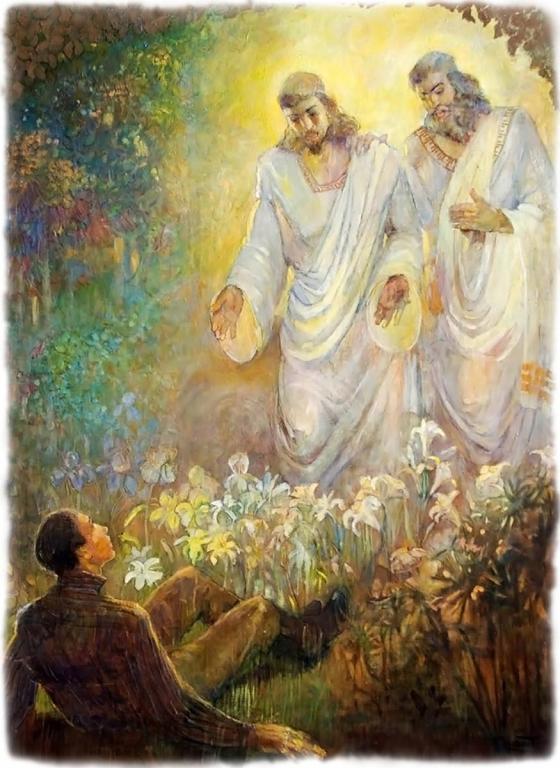 Latter-day Saint
"My life is worth more to me than...
Sic et Non