My wife and I continue to read a passage every night from a volume that we acquired just before Christmas — back in those nearly forgotten days when we humans used to gather together physically in order to socialize — at a book exchange party:  A Year with C. S. Lewis: Daily Readings from His Classic Works.  Here’s the passage, from C. S. Lewis’s famous book The Screwtape Letters, that we read last night.  In it, Screwtape, a senior devil, is advising his nephew, a junior tempter named Wormwood, on how to manage a man who has been entrusted into his tender care.  It might help to recall that The Screwtape Letters appeared during wartime, in February 1942:

Whichever he adopts, your main task will be the same.  Let him begin by treating the Patriotism or the Pacifism as a part of his religion.  Then let him, under the influence of partisan spirit, come to regard it as the most important part.  Then quietly and gradually nurse him on to the stage at which the religion becomes merely part of the “cause”, in which Christianity is valued chiefly because of the excellent arguments it can produce in favour of the British war-effort or of Pacifism.  The attitude which you want to guard against is that in which temporal affairs are treated primarily as material for obedience.  Once you have made the World an end, and faith a means, you have almost won your man, and it makes little difference what kind of worldly end he is pursuing.  Provided that meetings, pamphlets, policies, movements, causes, and crusades, matter more to him than prayers and sacraments and charity, he is ours — and the more ‘religious’ (on those terms) the more securely ours.  I could show you a pretty cageful down here.  (page 110, for 8 April)

The late Elder Neal A. Maxwell, of the Council of the Twelve Apostles, was fond of quoting a line from the heroic English clergyman William Law (1686-1761):

I write with that in mind.  And, yes, I confess that, when I re-read that passage from C. S. Lewis last night, I could not help but think of some who, I fear, have made their allegiance to Donald J. Trump effectively a part of their religion.  I’m not referring to those who, faced with the choice between Hillary and Trump, opted for him as the lesser of two evils or, even, as the better of two flawed candidates.  I don’t have in mind people who celebrate Mr. Trump’s judicial nominations, and so forth, and who fear what Joe Biden might do to our courts.  (I share that fear.)  Instead, I have in mind people for whom nationalism has become a kind of religion, or who might indeed even value the Restored Gospel at least in significant part because of the support that they believe it to give for their nationalism, for “making America great again,” or, at the extreme, for disdaining Latin Americans and other foreigners, even for a kind of white supremacy.  (To my horror, I think that I observed some of that latter attitude in certain recent comments on this very blog.)  Although I didn’t do it myself, I can understand voting for Mr. Trump.  But I cannot understand effectively reading others out of the Church for not supporting him.  (I’ve been personally labeled an apostate for being vocally critical of Mr. Trump.)  I cannot understand regarding him as God’s chosen (lower case s) savior for our time, a man beyond criticism, whose every misdeed and offense must be defended, to criticize whom is to commit the crime of lèse-majesté.  In my view, that is not only a servility unworthy of the citizens of a republic, it verges on the religious sin of idolatry.

Please, though, don’t imagine that I’m only singling out folks on what some like to call — wrongly, in my view — the political Right.  (I am myself a life-long libertarian-leaning conservative.)  I also have in mind some people on the political Left.  I worry about those who forsake communion with the Saints and abandon their covenants, or who may be moving in the direction of doing so, because of their political, economic, and social views.  Especially, nowadays, because of their allegiance to particular secular views of sexuality and “social justice.”

Shifting direction slightly:  Some have faulted me because, in their brief acquaintance with me and this blog, they imagine that I only criticize Mr. Donald J. Trump and what I call “Trumpism.”  They have obviously missed my criticisms, over the years, of Barack Obama and the extravagant cult that once surrounded him, as well as my criticisms of Bill and Hillary Clinton and the like.  They have missed my defenses of the nominations of Judges Gorsuch and Kavanaugh.  But they’re right that I regard Mr. Trump as a man of bad character and lack of principle, of little or no intellectual curiosity, and of stunning, crippling, egotism.

Do I, therefore, endorse Joe Biden?  Emphatically not!  One serious concern that I have is with his mental health; I genuinely fear that he may be suffering through the first stages of dementia, which I would not wish upon anyone but certainly don’t want to see in a president.  (Curiously, I recently — and perhaps rather oddly — read a German translation [Der Präsident] of the late Fletcher Knebel’s 1965 novel Night of Camp David, about a president who may be insane.)

But there are substantive reasons, plenty of them, for opposing Mr. Biden’s candidacy.  Here’s a discussion of just one of those reasons:

“Joe Biden and the End of Tolerance: Joe Biden’s ‘Plan to Advance LGBTQ+ Equality’ signals the end of tolerance and the beginning of something else.”

And I had a number of images that I was waiting to deploy against Bernie Sanders when it seemed almost certain — remember those heady pre-coronavirus days? — that he would take the Democratic presidential nomination.  Here are three of them:

April 9, 2020 "Easter’s answer to the ‘terrible question’"
Recent Comments
0 | Leave a Comment
"I was not aware that anyone needs advice from Moksha on what he calls "a ..."
Louis Midgley Polling on shari‘a
"Dan: The photo you used with your comment reminded me of the delightful trip to ..."
Louis Midgley Luke as Careful Historian
"Dan: This really stupid remark by Moksha seems to me to be more than sufficient ..."
Louis Midgley Literary craftsmanship and a jubilee celebration ..."
"Get off your pedestal and look in the mirror"
Ideeho What’s at stake?
Browse Our Archives
Follow Us! 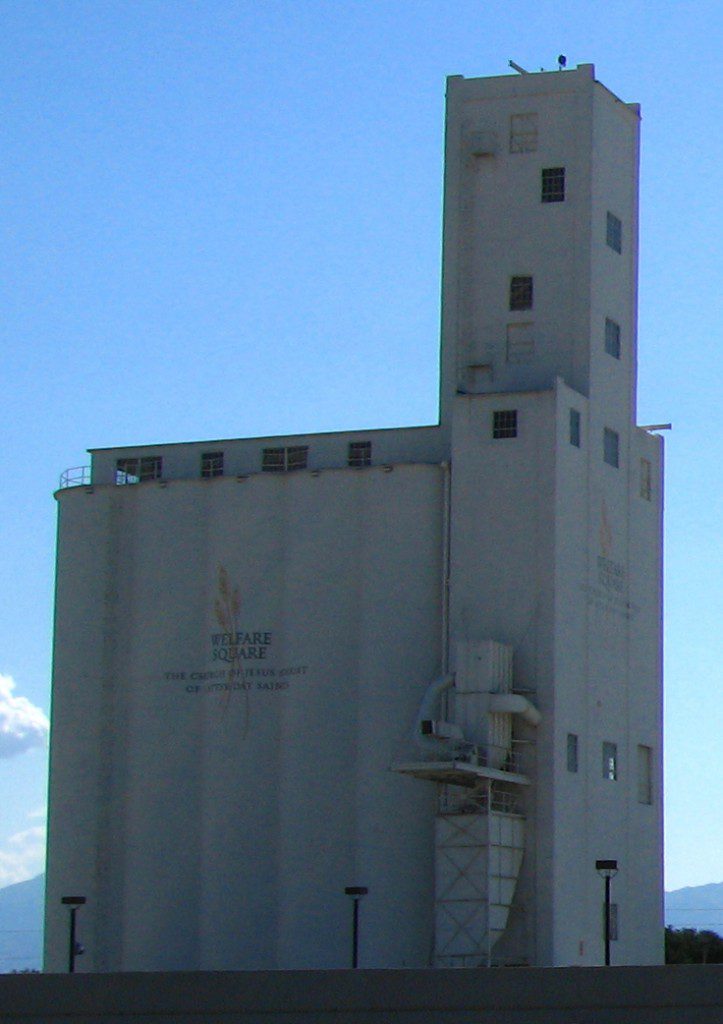 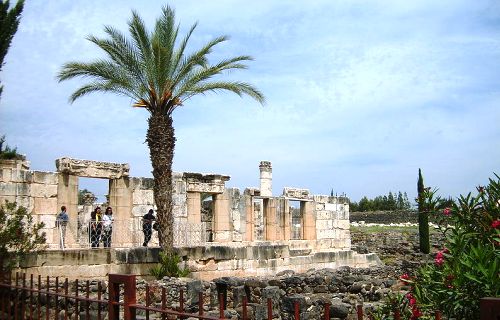 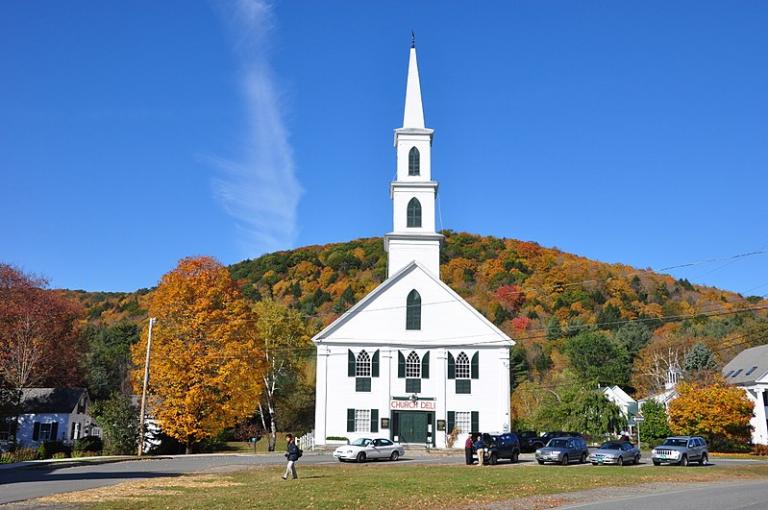 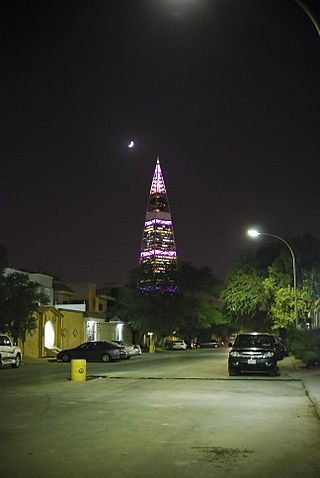 10 Thought-Provoking Quotes from Donald Shimoda
You wait a lifetime to meet someone who understands you, accepts you...
view all Latter-day Saint blogs
What Are Your Thoughts?leave a comment
Copyright 2008-2020, Patheos. All rights reserved.