Independence Day isn’t about nationalism, which, in itself, can be (and often has been) quite toxic.  Spanish and Italian Fascism and the National Socialists (the Nationalsozialisten or Nazis) of Hitler’s Third Reich are, by a very long distance, not the only examples of poisonous nationalism.

Nor ought America’s July Fourth celebrations to be only about patriotism.  Ideally, everybody everywhere should feel an affection for, and an attachment to, family, home, community, and native land.

Rather, Independence Day is about a complex of related ideas, and about a nation founded quite deliberately and explicitly upon that complex of ideas.  The United States of America didn’t simply grow organically out of shared language and kinship on the basis of ancient and medieval foundations, the way England and France and many other nations have.  From America’s earliest days, it has been a nation of immigrants.

There was a France long before the current Fifth Republic.  Egypt has existed since its unification under Menes or Narmer around 3150 BC.  The United States of America, by contrast, came into being on 4 July 1776, with the signing of the Declaration of Independence:

We hold these truths to be self-evident, that all men are created equal, that they are endowed by their Creator with certain unalienable Rights, that among these are Life, Liberty and the pursuit of Happiness.–That to secure these rights, Governments are instituted among Men, deriving their just powers from the consent of the governed, –That whenever any Form of Government becomes destructive of these ends, it is the Right of the People to alter or to abolish it, and to institute new Government, laying its foundation on such principles and organizing its powers in such form, as to them shall seem most likely to effect their Safety and Happiness.

Now, it is obviously true that the citizens and leaders of the United States have often failed to live up to our stated ideals.  For a time in the late nineteenth and early twentieth centuries, for example, in such places as Cuba and the Philippines, we flirted with European-style colonialism.  And, although the denial has much more complex and somewhat less villainous roots than many now realize, we denied women the vote until 1920.  Most terribly, our treatment of Native Americans was all too often cruel and dishonorable, we enslaved people of African descent until a horrific civil war ended that abomination, and, even then, persisted in state-mandated racial segregation for a century thereafter.

On 4 March 1865, only 41 days before his assassination, President Abraham Lincoln commented on the bitter conflict between the Union and the Confederacy in his second inaugural address:

One eighth of the whole population were colored slaves not distributed generally over the union but localized in the southern part of it. These slaves constituted a peculiar and powerful interest. All knew that this interest was somehow the cause of the war. To strengthen, perpetuate, and extend this interest was the object for which the insurgents would rend the Union even by war while the government claimed no right to do more than to restrict the territorial enlargement of it. Neither party expected for the war the magnitude or the duration which it has already attained. Neither anticipated that the cause of the conflict might cease with or even before the conflict itself should cease. Each looked for an easier triumph and a result less fundamental and astounding. Both read the same Bible and pray to the same God and each invokes His aid against the other. It may seem strange that any men should dare to ask a just God’s assistance in wringing their bread from the sweat of other men’s faces but let us judge not that we be not judged. The prayers of both could not be answered ~ that of neither has been answered fully. The Almighty has His own purposes. “Woe unto the world because of offenses for it must needs be that offenses come but woe to that man by whom the offense cometh.” If we shall suppose that American slavery is one of those offenses which in the providence of God must needs come but which having continued through His appointed time He now wills to remove and that He gives to both North and South this terrible war as the woe due to those by whom the offense came shall we discern therein any departure from those divine attributes which the believers in a living God always ascribe to Him. Fondly do we hope ~ fervently do we pray ~ that this mighty scourge of war may speedily pass away. Yet, if God wills that it continue until all the wealth piled by the bondsman’s two hundred and fifty years of unrequited toil shall be sunk and until every drop of blood drawn with the lash shall be paid by another drawn with the sword as was said three thousand years ago so still it must be said ‘the judgments of the Lord are true and righteous altogether.’

With malice toward none, with charity for all, with firmness in the right as God gives us to see the right, let us strive on to finish the work we are in, to bind up the nation’s wounds, to care for him who shall have borne the battle and for his widow and his orphan ~ to do all which may achieve and cherish a just and lasting peace among ourselves and with all nations.

On this Independence Day 2020, there are many voices among us who denounce the United States of America as an evil nation, founded upon injustice, racism, and oppression, led by wicked men.

Without denying the factual truth that such accusations sometimes contain, I reject them nevertheless.  And I hope and believe that the vast majority of Americans, black and white, Anglo and Latino, male and female, will reject them as well.

I believe that, in many cases, the anger and disdain expressed by critics comes from historical ignorance — a combination of having been taught falsehoods about America itself, and too few truths, with knowing far too little of the historical and, too often, the contemporary reality beyond our borders.

Yes, when measured against perfection America has fallen short and continues to do so.  But examine the history of France, Germany, Italy, and other such countries within still-living memory, and judge for yourself whether their record is better.  Look at Mexico and Peru and Argentina and Venezuela.  Look at Cuba.  Consider Myanmar or Burma, Vietnam, and Cambodia, and Libya, the Sudan, and Egypt.  Would you rather live under the rule of the Chinese Communist Party?

Yes, America has wrestled with the universal nature of fallen human beings.

We have learned by sad experience that it is the nature and disposition of almost all men, as soon as they get a little authority, as they suppose, they will immediately begin to exercise unrighteous dominion.  (Doctrine and Covenants 121:39)

But America has resisted fallen human nature with considerable success, far more than most nations and vastly better than most states with imperial potential.  (In large measure, this is the result of the Constitution’s provision for the separation of powers into three independent, even mutually jealous, branches of government — executive, legislative, and judicial — in a federal system.). Moreover, it has behaved with restraint internationally.  We have, for example, helped twice to liberate Europe, and the only territory that we’ve really claimed in the wake of those costly efforts has been soil in which to bury tens of thousands of our dead.

From among the many, many things that might be appropriate for reading among the barbecues and the fireworks on this holiday weekend, I will recommend just two:

The Declaration of Independence

July 4, 2020
On some proposed psychological explanations for near-death experiences
Next Post

July 4, 2020 Revision 1.2 "Post-Biblical Judaism"
Recent Comments
0 | Leave a Comment
"gemli: "If an open mind is one that believes in such things"That, of course, is ..."
DanielPeterson “Remembrance and Return: Essays in Honor ..."
"gemli: "I thought your supply of specious arguments was limitless"It is. Every day, you restock ..."
DanielPeterson “Remembrance and Return: Essays in Honor ..."
"bos trumpus aureus"
Philip Leaning “Hebrew Literary Features of Moses 1,” ..."
"The movie is wonderful! Excellent work!"
hthalljr Film-Making and -Screen in the Plague ..."
Browse Our Archives
get the latest from
Sic et Non
Sign up for our newsletter
Related posts from Sic et Non

Latter-day Saint
For want of a butterfly the nail was...
Sic et Non 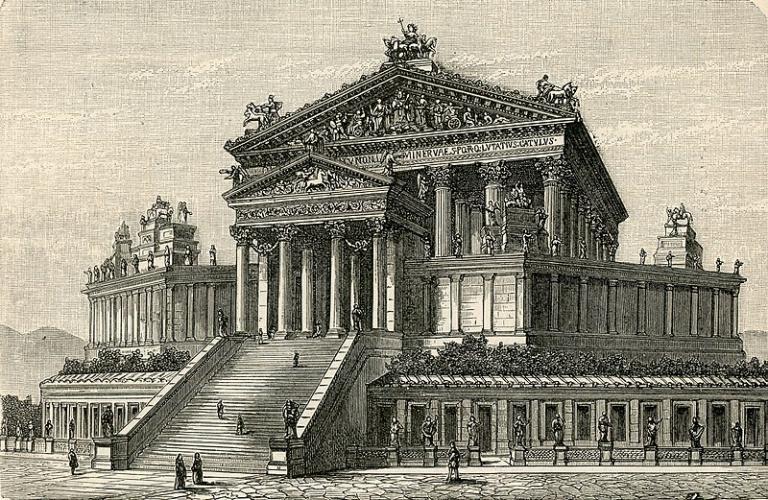