A scientist/theologian reflects on science and theology

A scientist/theologian reflects on science and theology August 9, 2020 Dan Peterson

Among the very most valuable of thinkers on science and religion — unlike many writers, especially perhaps unlike many anti-religious ones, he actually knows a great deal about both — is Sir John Polkinghorne, now in his ninetieth year, who is both a Knight of the British Empire (KBE) and a Fellow of the prestigious Royal Society.  He was a professor of mathematical physics at the University of Cambridge until he resigned his professorial chair in order to study for the Anglican priesthood.  He was ordained a priest in 1982 and, thereafter, served as the president of Queens’ College, Cambridge, from 1988 until 1996.

Here is a passage from the text of Professor Polkinghorne’s 1996 Terry Lectures, which he delivered at Yale University and which were published as John Polkinghorne, Belief in God in an Age of Science (New Haven and London: Yale University Press, 1998):

In the popular mind there is a caricature account of science inexorably progressing by means of its gain of certain knowledge, whilst theology inhabits an ivory tower whose occupants are much given to fanciful and ungrounded speculation.  Neither picture is accurate. . . .  The progress of science is indeed impressive but by no means total or incorrigible.  Scientists proceed as much by intuitive leaps of the imagination as by the painstaking sifting of data. The ability of Schrödinger and Heisenberg to discover their versions of quantum mechanics exhibits such creative gifts to the highest degree.  Science can also live, if not comfortably at least pragmatically, with serious conceptual questions unresolved (the measurement problem in quantum theory).  (46)

Of course, the analogy between scientific and theological inquiry is not complete.  Theology does not enjoy the luxury that experiment grants to science, of being able to deal with essentially controllable and repeatable experience.  It has to look to the given and unrepeatable revelatory events in which God has chosen to make the divine nature known.  The closest scientific analogues are cosmology’s reconstruction of the unique history immediately following the big bang and biology’s reading from the fossil record the story of the unique evolutionary development of life.  Theological enquiry is also not simply concerned with quenching the intellectual thirst for understanding.  Its insights demand response and carry implications for human conduct.  (47)

(Please note that the two scientific analogies that Dr. Polkinghorne offers are, in a sense, “historical.”  This blog’s resident atheist commenter disdains history.  But there you have it.  To coin a phrase, it is what it is.  Or, we might almost say, in the words of Leopold von Ranke, wie es eigentlich gewesen.)

Only in the media, and in popular and polemical scientific writing, does there persist the myth of the light of pure scientific truth confronting the darkness of obscurantist religious error.  Indeed, when one reads writers like Richard Dawkins or Daniel Dennett, one sees that nowadays the danger of a facile triumphalism is very much a problem for the secular academy rather than the Christian Church.  (77) 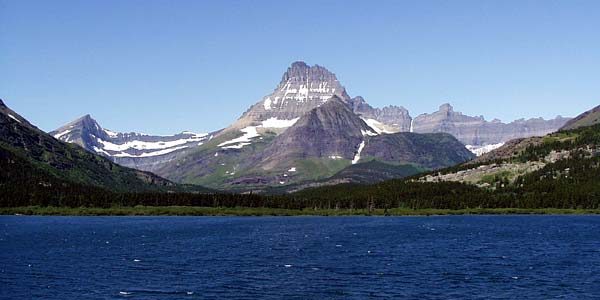