Regarding the Young/Dumb at BYU, and Watermelons

Regarding the Young/Dumb at BYU, and Watermelons September 7, 2020 Dan Peterson

There may be light at the end of the novel coronavirus tunnel, but we still have some considerable distance to travel:

“Let’s get real. No vaccine will work as if by magic, returning us to ‘normal’: To dream of imminent solutions is only human. But progress will come from controlled expectations”

Curiously, the foolish and self-absorbed young people mentioned in the first link above may actually be the among the earliest to be offered a potential COVID-19 vaccine, and precisely because of their solipsistic misbehavior — at least, that will be the case if this recommendation, from researchers at the University of Southern California and at The Johns Hopkins University, finds acceptance with the proper authorities:

In the meanwhile, while thoughtless people effectively continue to try to spread COVID-19 and, thus, to endanger themselves and the rest of us — including their parents, their grandparents, their teachers, and their Church leaders — here’s something simple and inexpensive that we can all do, along with masking and distancing and scrubbing hands, that might just help at least a little bit:

“This vitamin could help lower your risk of COVID-19: Your experience with COVID-19 might be less severe because of vitamin D”

On a quite separate and much more pleasant note:

One of the great things about the summer — even this wretched summer of pandemic-damaged 2020 — is fresh produce.  And one of the best pieces of fresh produce is watermelon.  It’s on my mind right now because, in view of my wife’s reduced mobility following a recent surgery, a friend unexpectedly but very kindly brought dinner over tonight, including, yes, fresh watermelon.  Now, I’m very odd in this respect: My favorite melon is actually cantaloupe.  But I’m not unaware of the pleasures of watermelon.

Nor were ancient people in West Africa, where the watermelon as we know it seems to have originated.  It appears to have been cultivated in the Nile Valley from at least sometime early in the second millennium BC, and watermelon seeds have been recovered from the Eighteenth Dynasty tomb of Tutankhamun as well as from various earlier sites all the way back to the Twelfth Dynasty.  They have also been found at the ancient sites of Bab edh-Dhra and Tel Arad, near the Dead Sea.

By the seventh century after Christ, watermelon was being cultivated on the Indian subcontinent.  By the tenth century, it had reached China.  By AD 961, as a result of the Arab conquest of the Iberian Peninsula, it was being grown in Córdoba, and there is solid evidence of its presence in Seville by AD 1158.  It spread northwards into southern Europe and, after 1492, was brought by the Conquistadores and later colonists (and, subsequently, by West African slaves) to the New World.

Something to think about, perhaps, when you’re contentedly eating a tasty watermelon on a warm late-summer evening.

September 7, 2020
"Faith, Hope, and Charity: The 'Three Principal Rounds' of the Ladder of Heavenly Ascent"
Next Post

September 7, 2020 Revision 4.21 "Contrasting Islam and Latter-day Saint Teaching" (Part 1)
Recent Comments
0 | Leave a Comment
"The Davis Bitton essay is a very important reminder that we can't be presentists when ..."
Michael Hoggan On Nephite Genetics and Ancient Egypt
""Is that what you call blacks since they are the largest group not getting vaccinated"Do ..."
dCyl A Wrap-Up on Rapid City
"The cristos is the last word. Jesus was never the name of god an neither ..."
Bishadi Canada, the Heber Valley, and Standing ..."
"You and I, dear friend, might verbally spar with each other until the cows come ..."
Jack Canada, the Heber Valley, and Standing ..."
Browse Our Archives
get the latest from
Sic et Non
Sign up for our newsletter
Related posts from Sic et Non 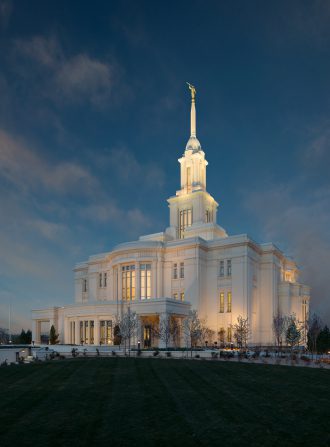