This is roughly how the relevant text read in my old book Abraham Divided, from the mid-1980s.  But it’s a passage, I think, that now needs considerable expansion and nuancing.  Comments are welcome, as are suggestions of issues that you would want to see covered, questions to which you would like answers:

The sixth of the five pillars of Islam never quite made it into the authoritative lists, although there were a number of prestigious thinkers who argued that it ought to be included. The word jihad is often translated as “holy war,” but its meaning is really broader than this.[1] Its primary definition is “battle,” “struggle,” or “striv­ing.” Muhammad is said to have taught that “holy war,” of a literal, military kind, was merely the “lesser jihad”; the “greater jihad,” by contrast, was warfare or striving against the evil inclinations within one’s own soul. Traditionally, Islam has distinguished four distinct kinds of jihad: The jihad of the tongue is speaking about one’s faith, or what Latter-day Saints would call missionary work. The jihad of the hand is putting one’s faith into action by good works. The jihad of the heart means to make one’s faith real, a genuine spiritual force in one’s daily life and motivations. Finally, the jihad of the sword means to defend one’s faith when it comes under attack, which can include verbal apologetics as well as physical self-defense. Some modernizing Muslims argue, I think rather plausibly, that jihad in today’s world can be any practical action (not “mere” meditation, prayer, scripture reading, or mosque attendance) aimed at building up Islam and the Muslims. It emphasizes making one’s religion real in one’s life and in one’s society. Thus, for instance, it might involve working to strengthen a Muslim nation’s industrial base or educational system. In this sense, jihad would not be so very different from the Latter-day Saint notion of “building up the kingdom of God,” which can include such very this-worldly activities as colonizing the Great Basin, digging irrigation canals, sprucing up a yard or a barn, or working in a welfare cannery.

Nevertheless, “holy war” is what most Westerners who have heard the term will think of in connection with it, and the subject is important enough that it merits some attention on our part. First of all, jihad is primarily seen by Muslims as defensive. Although the Qur’an generally advises that we requite evil with good, it does authorize defensive warfare.[2]

Fight for the sake of God those that fight against you, but do not attack them first.[3]

Permission to take up arms is hereby given to those who are attacked, because they have been wronged.[4]

Islam has a very realistic view of the issues involved here, a view that does not easily lend itself to the support of pacifism.

Had God not defended some men by the might of others, the monasteries and churches, the synagogues and mosques in which His praise is daily celebrated, would have been utterly destroyed.[5]

As common rumor claims, the Qur’an does indeed promise paradise to those who fall in jihad.

Do not say that those who were slain in the cause of God are dead; they are alive, although you are not aware of them.[6]

You must not think that those who were slain in the cause of God are dead, They are alive, and well provided for by their Lord; pleased with His gifts and . . . rejoicing in God’s grace and bounty.[7]

But it should not be concluded from this that Islam is uniquely violent, nor that it favors forced conversions. The latter are, in fact, expressly forbidden by the Qur’an, which teaches that “there shall be no compulsion in religion.”[8]  Obviously, in a history that covers nearly a millennium and a half, ranging from Central Asia to Central Africa and from Morocco to Indonesia and beyond, there will be exceptions, but it can be confidently said that Islam’s record of religious toleration is no worse, and perhaps at times considerably better, than that of Christian­ity. Parley Pratt made this case to his audience in 1855:

History abundantly shows the followers of Mahomet did not take the sword, either to enforce their religion or to defend themselves, until compelled to do so by the persecutions of their enemies, and then it was the only alternative that presented itself, to take up the sword and put down idolatry, and establish the worship of the one God; or, on the other hand, be crushed and cease to be, on account of the idolatrous nations around them; they seemed to act on the defensive, although it might legally be considered aggression.[9]

Islamic law forbids aggression. Jihad can only be defensive and may not include the deliberate killing of noncombatants or the tor­ture of prisoners. Even the unnecessary destruction of crops, ani­mals, and homes is banned. I think it can easily be seen, therefore, that many of the evils done in the name of Islam have no more to do with the religion preached by Muhammad than acts of terrorism committed by the old Irish Republican Army had to do with Roman Catholic doctrine or the teachings of Jesus. 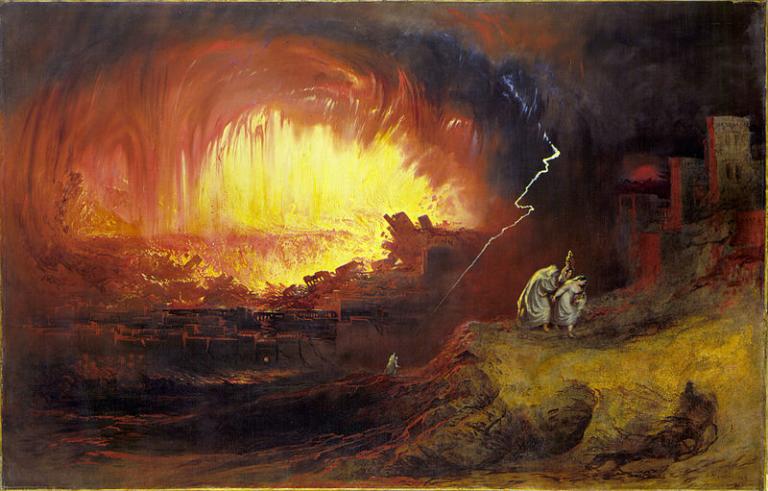 Latter-day Saint
Abraham, Sodom, the Māori, and Other Topics for...
Sic et Non