But we return to our investigation of words that the West has borrowed from Arabic. Several common items of Western furniture bear Arab names. The “mattress” that we sleep on, for example, was at first merely a matrah, a place where something is “thrown down.” (I suppose, then, that it is perfectly appropriate for us to “throw” ourselves on our beds.) And our “sofa,” a long, upholstered seat with raised arms at each end, is simply a softer, more comfortable version of a sulfa, a stone molding or ledge. An “Ottoman,” on the other hand, a long, upholstered seat that has neither back nor arms, recalls the name of the third caliph, Uthman. Actually, though, it refers to another individual of the same name. Uthman, or “Osman,” was also the name of the founder of the great Ottoman Turkish Empire, of whom we shall speak in a later chapter, and it was the Ottomans who favored the low “Ottoman” seat in their gov­ernment offices. French and Italian diplomats in Istanbul liked it, too, and they brought it back to Europe with them.

The type of seat known as a “divan” comes from the same source as the “Ottoman,” and, in fact, the two seats are rather simi­lar. Divan derives originally from the Arabic word diwan (“regis­try,” “government office”), and it is related to another word that travelers to continental Europe will recognize: Upon entering France or Belgium or French Switzerland, tourists are required to pass by the customs officials at the border or in the airport. “Customs,” in French, is douane. (Amusingly, the Arabs, having given Europe one of its names for “customs,” in their turn borrowed a European word for the same institution. Sounding a little like something one of J.R.R. Tolkien’s ores or goblins might say, the ugly word gumruk, “customs,” comes from the old Latin commercium—in which the let­ter c is pronounced like our k.) Another governmental term that comes to us from the Arabs, one for which we are probably not entirely grateful, is tariff, from the Arabic ta‘rif (“notification”).

Finally, a grab bag of word derivations: Once in a while, a par­ticularly splendid personage, or one who wishes to be thought of as someone particularly splendid, is called a “nabob.” (In a more negative vein, Richard Nixon’s first vice president, Spiro Agnew, once referred to “the nittering nabobs of nihilism.”) The word nabob comes from the Arabic na’ib (nuwwab in the plural), meaning a governor of a province. (Governors were once regarded as splendid.)

In music, tambourine comes to us from Arabic, as does the name of that most Western-seeming, most apparently Renaissance European of all instruments, the lute. Our word cable somehow managed to substitute a c for the h of Arabic habl (“rope”), but still can’t hide its origin in the Near East. Fanfare, a word we use to describe a showy or ceremonial sounding of trumpets, generally used to introduce some important person or event, apparently derives from Arabic. So, too, does our word carousel, which once meant a kind of knightly jousting tournament and only later came to refer to the common carnival ride for children on sculpted horses. Whenever we buy a “ream” of paper, we use a distorted Ara­bic word. The Arabs “bundle” or “wrap” (razama) things in paper and buy paper by the rizma. Whenever we are stuck in “traffic,” we may wish that the word still meant what its apparent Arabic origi­nal: tafriq means “division,” “dispersion.”

One friend of mine even argued that our farewell So long! derives from the Arabic salaam (“peace”), which is used in much the same way. After all, he points out, So long! doesn’t make much sense, does it? If we used it as a greeting, maybe we could interpret it as a shortened form of “It’s been so long since we’ve seen each other!” or some such thing, just as Good day! is a short­ened form of “Have a good day!” But we never use “So long!” to say “Hello; we use it only to say “Good-bye.” So he contends that “So long!” was brought back from the Near East by returning Crusaders and then turned into a fairly nonsensical phrase by Europeans who couldn’t understand it but at least wanted it made up of words that they knew.[1]

Whether or not my friend was right in his guess about So long! and salaam, the word salaam itself is probably worth a line or two. Many readers will recognize that it is very similar to the Hebrew word shalom, which also means “peace.” And, of course, the two words are closely related, just as the Arabic and Hebrew languages themselves are closely related. But there is something more that can be said. The slightly formal greeting salaam alaykum (“Peace [be] upon you!”) is still a commonly repeated phrase in Arabic, much like its Hebrew equivalent, shalom aleichem. My knowing this has altered the way I read Luke’s account of the resurrected Savior’s appear­ance to the apostles: “And as they thus spake, Jesus himself stood in the midst of them, and saith unto them, Peace be unto you.”[2] I have heard good sermons on the theme of peace that were based on this very passage. They read a deep and useful meaning into it. But I can’t help but wonder if it wasn’t simply the Savior’s formal way of greet­ing the eleven apostles—more dignified than “Hello,” but serving essentially the same purpose.

[1] This sort of thing happens all the time. One of T. S. Eliot’s Four Quartets is a poem entitled “The Dry Salvages.” The Dry Salvages are a rock formation off the northeast coast of Cape Ann, Massachusetts, whose original name was probably les trois sau­vages—French for “the three savages.” The English-speaking locals, who could not understand les trois sauvages, changed it to similar-sounding English words, even though the change really didn’t help the meaning. 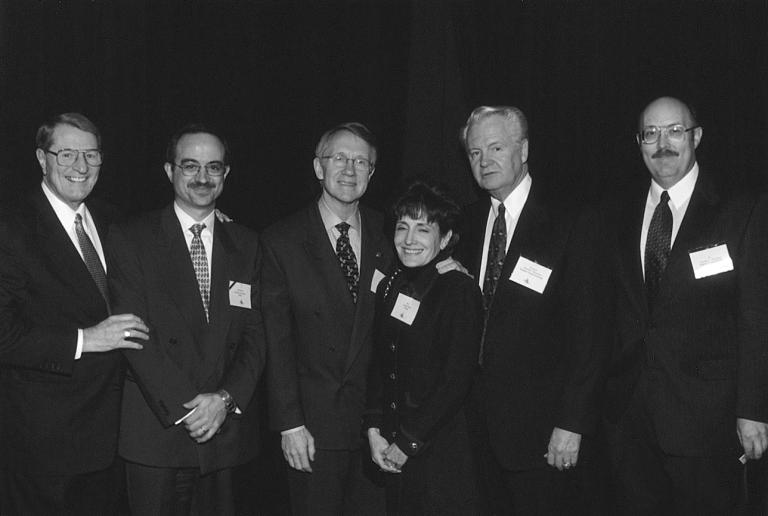