Two new articles went up today in Interpreter: A Journal of Latter-day Saint Faith and Scholarship:

Abstract: This study compares personal relative pronoun usage in the earliest text of the Book of Mormon with 11 specimens of Joseph Smith’s early writings, 25 pseudo-archaic texts, the King James Bible, and more than 200,000 early modern (1473–1700) and late modern (1701–1800+) texts. The linguistic pattern of the Book of Mormon in this domain — a pattern difficult to consciously manipulate in a sustained manner — uniquely points to a less-common early modern pattern. Because there is no matching of the Book of Mormon’s pattern except with a small percentage of early modern texts, the indications are that Joseph Smith was neither the author nor the English-language translator of this pervasive element of the dictation language of the Book of Mormon. Cross-verification by means of large database comparisons and matching with one of the finest pseudo-archaic texts confirm these findings.

Brant A. Gardner, “A Sympathetic but Flawed Look at Book of Mormon Historicity”

Abstract: Terrence O’Leary enters the field of books attempting to describe a geographical and cultural background to the Book of Mormon. Placing the action of the text in Mesoamerica, O’Leary explains the Book of Mormon against his understanding of the geography and therefore culture of the Book of Mormon peoples. He begins with the Jaredites, then moves to the Nephites and Mulekites. Along the way, he uses historical data to back up his ideas. While I agree with much of what he has written in principle, his lack of expertise in the cultures of Mesoamerica leads to times when he incorrectly uses some of his sources.

And, in case those aren’t enough to keep you busy over the weekend, here are links to five articles from a prior issue of Interpreter that you might have missed:

Abstract: As a graduate student, Gordon Thomasson had the opportunity to introduce two internationally renowned scholars to the publications and scholarship of Hugh Nibley: Matthew Black, an eminent scholar of ancient Enoch writings; and Mircea Eliade, famed chair of the History of Religions program at the University of Chicago. Upon hearing of Nibley’s Enoch discoveries, Black made an immediate, impromptu visit to BYU to meet him. Upon reading one of Nibley’s studies, Eliade proposed hiring him on the spot, exclaiming, “He knows my field better than I do, and his translations are elegant!”

A. Keith Thompson, “The Brass Plates: Can Modern Scholarship Help Identify Their Contents?”

Abstract: The Book of Mormon contains little information about what the Brass Plates contain. Nephi said it was a larger record than the Hebrew Bible brought to America by the Gentiles. But it could not have contained the records of Old Testament prophets who wrote after Lehi’s party left Jerusalem or the New Testament. We know it contained some writings from Zenos, Zenock, Neum, and Ezias, but what else could it have contained? Though the proposal from modern biblical source criticism that the Christian Bible is the product of redactors sometimes working with multiple sources is distasteful to many Christians, this article suggests this scholarship should not trouble Latter-day Saints, who celebrate Mormon’s scriptural abridgement of ancient American scripture. This article also revisits the insights of some Latter-day Saint scholars who have suggested the Brass Plates are a record of the tribe of Joseph, and this may explain its scriptural content. The eight verses from Micah 5, which Christ quoted three times during His visit to the Nephites and which did not previously appear in Mormon’s abridgment, receive close analysis.

Abstract: Mark A. Wrathall’s analytic treatment of Alma 30–42 is a sheer gift that inspires insight into the theological depth of Alma’s thought. His reading of Alma teases out insights not previously recognized and not easily discovered regarding belief and knowledge and their relation to faith and committed action. This extremely rewarding introduction provides a glimpse at the best any writer in the Latter-day Saint tradition has written on Alma’s thoughts and goals.

Abstract: Mack C. Stirling examines the well-known story of Job, one of the literary books of the Bible and part of the Wisdom literature (which is heavy in temple mysticism and symbols), and proposes the story follows the temple endowment to the T. Following Hugh Nibley’s lead in The Message of the Joseph Smith Papyri, the temple endowment is not discussed. Stirling focuses only on Job’s story, drawing on analysis of literary genres and literary tools, like chiasms, focusing on the existential questions asked by the ancient author. Doing this, he concludes that Job’s is a story about a spiritual journey, in which two main questions are answered: “(1) Is it worthwhile to worship God for His own sake apart from material gain? (2) Can man, by coming to earth and worshipping God, enter into a process of becoming that allows him to participate in God’s life and being?” What follows is an easy to read exegesis of the Book of Job with these questions in mind, culminating with Job at the veil, speaking with God. Stirling then discusses Job’s journey in terms of Adam’s journey — beginning in a situation of security, going through tribulations, finding the way to God and being admitted into His presence — and shows how this journey is paralleled in Lehi’s dream in the Book of Mormon (which journey ends at a tree of life). This journey also is what each of us faces, from out premortal home with God, to the tribulations of this telestial world, and back to the eternal bliss of Celestial Kingdom, the presence of God, through Christ. In this way, the stories of Adam and Eve, of Job, and of Lehi’s dream provide a framework for every human’s existence.

Duane Boyce, ““Beloved by All the People”: A Fresh Look at Captain Moroni”

Abstract: In his well-known volume about the Book of Mormon, Grant Hardy focuses primarily on the book’s main narrators. However, he also makes a number of observations about other figures in the book that are of particular interest, including some about Captain Moroni. In addition to those I address elsewhere, these observations range from the assertion that Captain Moroni slaughtered his political opponents in one instance, to his claim that Moroni is not depicted as “particularly religious,” to his claim that Moroni had a “quick temper.” The question is: Are such observations supported in the text? Carefully examining this question both shows the answer to be “no” and allows a deeper look into Captain Moroni.

Growing up, I was an ardent fan of the original Rod Serling Twilight Zone.  (Yes, I’m that old.)  Still, prior to this past week, I hadn’t watched an episode of it since it went off the air in 1964.  This week, though, at the urging of a son, we’ve enjoyed four episodes.  One of the two that we watched last night was Episode 73, “It’s a Good Life.”  I strongly recommend it.  It’s only about half an hour long and it first aired in 1961 but, because of it, I can now understand certain aspects of contemporary American politics far better than before.

Finally, in quick succession, one of my sons and then Cody Quirk called this important opportunity to my notice.  Act quickly!

Become a Lord or Lady Today 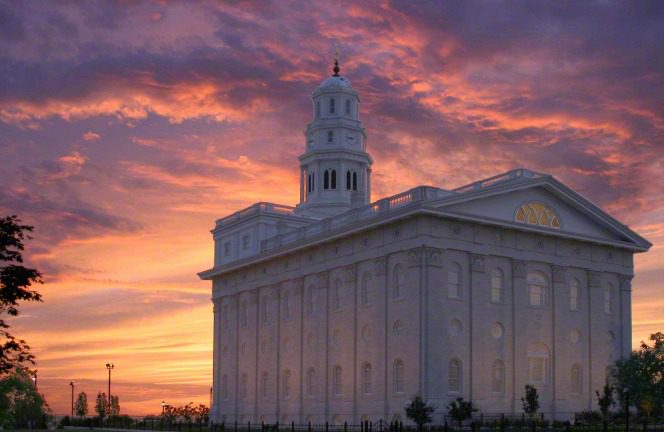