This should make both sides angry . . .

Many, many, many years ago, a friend — a former missionary companion — persuaded me to go up for a small protest when Georgia Governor Jimmy Carter visited Salt Lake City during his ultimately successful 1976 presidential campaign.  The direct impetus for the protest (beyond, of course, general opposition to the Democratic presidential candidate himself) came from signs that had been displayed by delegates at the Democratic nominating convention earlier that year:  “JC can save America!” they read, beneath a photograph of Governor Carter.  My friend regarded the signs as blasphemous, and he had created counter-signage asking Mr. Carter — a devout evangelical Christian — to repudiate it.  He just needed a couple of others to come up with him from BYU, where we were students, to Salt Lake City to wave his signs.  There were, I think, three of us, though I can’t recall offhand who the third person was.

Anyhow, we joined a crowd at the Salt Lake City airport to welcome Governor Carter.  He didn’t notice us, so we raced into the city in order to be there when he emerged from his de rigueur meeting with the First Presidency in the Church Office Building.  When he emerged to get into his waiting limousine, the three of us yelled something like “What do you say about this?” and waved our signs.  He paused by the door of his car and yelled back, “I don’t like that either!”  Then he got into the car and they drove away.

That’s it.  That’s all that happened.  But I remember feeling a bit awkward during the whole episode and, immediately afterward, vowing that I would never do such a thing again.  I really didn’t like the feel of it.

I still don’t.  While it may be a character flaw on my part, I’ve never liked yelling and name-calling in public discourse.  I recently saw a still photograph of Marjorie Taylor Greene and Lauren Boebert screaming at President Biden from the floor of the United States House of Representatives during his recent State of the Union address.  It sickened me.  (I can still see the image very clearly in my mind.  And it still sickens me.)  Please note that I say this as someone who didn’t vote for Mr. Biden, who has never voted for any presidential ticket including Mr. Biden, and who, barring the Apocalypse and/or major brain surgery, never will vote for Mr. Biden.

I hate and, truth be told, I fear the divisiveness that has afflicted American politics for many years now.  There has, of course, always been an element of the disease in our democratic discourse, and it has sometimes been very brutal.  (The Founders were extremely worried about the dangers of what they called “faction.”)  But, today, it seems to completely pervade our public deliberations.  Our political opponents are not merely mistaken or misguided these days, but evil.

Consider, for example, the recent Senate confirmation of Ketanji Brown Jackson to replace Justice Stephen Breyer on the Supreme Court of the United States.  Now, I readily admit that I would have preferred another nominee.  A second Amy Coney Barrett or a younger clone of Clarence Thomas, for example.  Justice Jackson is too far to the left for me.  Which is to say that I can understand why my state’s senior senator, Mike Lee, voted against her.

But I can also understand why my state’s junior senator, Mitt Romney, voted to confirm her.

It is the constitutional prerogative of the president of the United States to nominate people for the Supreme Court.  The Senate’s role is to “advise and consent.”  Practically speaking, of course, that has meant that presidential nominations to the Supreme Court have been constrained by White House perceptions of what the Senate would likely accept and what the Senate would likely reject.  (This matter might have been considerably different had Georgia’s two Republican Senate seats not suddenly gone to Democratic challengers in the special January 2021 election there — as the result of a completely unforced error.)  Historically, though, the Senate’s obligation to “advise and consent” has also meant that nominations to the Supreme Court have commonly (though not always) been approved by fairly large, and sometimes unanimous or almost unanimous, bipartisan Senate majorities.  Not infrequently even by voice vote.  (See here for the relevant data.)  If a nominee is not obviously corrupt or manifestly unqualified, the Senate has typically given presidents the confirmations to the Court that they’ve requested.

This is plainly no longer routine.  Perhaps because — I speak openly here as a limited-government, free-market, federalist conservative who regrets the trend — the federal government has taken on a hugely expanded and therefore far more contentious role in our nation’s daily life and because litigation and regulation have assumed a much larger role within the federal government.  In my lifetime, it began with the ugly and unjust 1987 confirmation hearings for Judge Robert Bork, a former professor at Yale Law School and one of the most distinguished legal thinkers in the country at the time; his character was assassinated in an ugly ambush presided over by the then-chairman of the Senate Judiciary Committee, Mr. Joseph R. Biden.  The assault had, it seems, been carefully orchestrated from the get-go.  Within just 45 minutes of Judge Bork’s nomination by President Ronald Reagan, Senator Ted Kennedy stood up in the Senate to condemn him in a nationally televised speech:

Robert Bork’s America is a land in which women would be forced into back-alley abortions, blacks would sit at segregated lunch counters, rogue police could break down citizens’ doors in midnight raids, and schoolchildren could not be taught about evolution, writers and artists would be censored at the whim of the Government, and the doors of the Federal courts would be shut on the fingers of millions of citizens.

That attempt to portray Judge Bork as effectively an agent of the Gestapo or of Stalin’s NKVID was flatly outrageous. It was shameless demagoguery.  To his credit, though, Judge Bork responded with commendable mildness: “There was,” he said, “not a line in that speech that was accurate.”  (Years later, I was present among a relatively small audience when Mr. Bork was asked how it felt to be grilled before the Judiciary Committee by men like Senator Kennedy and Senator Biden.  “How can I put this gently?” he replied.  “Let me just say that I never felt intellectually intimidated.”)

I watched the Bork hearings very closely, and I still regard what happened to him — he was, of course, ultimately rejected by the Senate — with indignation.  It was a travesty.  And some recent hearings — for Justices Thomas and Kavanaugh, to choose two egregious examples — have been even worse.

But none of this justifies some of what transpired during the hearings for Ketanji Brown Jackson.  (It was certainly rich, though, to hear Democrats and many in the national media — but do I repeat myself?  “Democrats and many in the national media” sounds rather redundant — lament the roughness with which Judge Jackson was treated.)  I see no legitimate reason to consider her “pro-pedophile,” and it was flatly outrageous to see Rep. Marjorie Taylor Greene label Senators Collins, Murkowski, and Romney “pro-pedophile” for voting to confirm her.  (Rep. Greene is a never-failing source for illustrations of incivility and crazy rhetoric.)  In voting to confirm Judge Jackson, those three Republican senators were simply following what had long been the bipartisan tradition of the United States Senate.

I’m afraid that, if we don’t significantly ratchet down our rhetoric, we will deserve the fate that we bring upon ourselves.  (I cannot forget the account given at 3 Nephi 7:1-8.)

I’m reasonably certain that, if President Mitt Romney had sent a 2021 nominee to the Supreme Court, that nominee would not have been Ketanji Brown Jackson.  She certainly would not have been my nominee.  But I was, candidly, proud of him for standing in the Senate chamber  — alone among all Republicans — to applaud her following her confirmation.  She is now an associate justice of the United States Supreme Court and, as such, deserves respect.  I believe in standing up for the president of the United States, too.  Even if I voted against him.  And the confirmation process worked as it is intended to work, which is also worthy of applause.

In closing, I’ll refer to yet another very contentious public issue, the matter of transgender athletes.  I do believe that the entrance of biological men into women’s sports is a terrible threat to the viability of women’s athletics.  I fear that women are in danger of being set back and even, in important ways, of being erased on behalf of an ideology that nobody dare question.  Recently, though, Utah’s governor, Spencer Cox, vetoed a bill sent up to him by the state legislature that would have prohibited men from competing in women’s sports.  He’s been widely attacked for his action, and his veto was swiftly overridden.  However, I can understand his concerns.  Even while I’m deeply sympathetic to the concerns expressed by the law that he vetoed and even though I would probably myself have voted to overturn his veto, if no other acceptable choice presented itself.  (Please see this excellent interview of the bill’s primary sponsor by the estimable Cassandra S. Hedelius.  But please also see this important piece by Paul S. Edwards, whose perspective is always worth serious consideration: “Perspective: Heaven help the peacemakers who threaten culture war profiteers: Utah Gov. Spencer Cox’s principled approach to governance poses a threat to the outrage machine.”)

There are gravely important issues at stake.  And they’re not always — they’re almost never — simple matters of black versus white, of clear good versus manifest evil.  Decent people are on both sides.

Can we please lay off the demonization and the vilification and the name-calling a bit?  Can we try harder to be civil and mutually respectful? 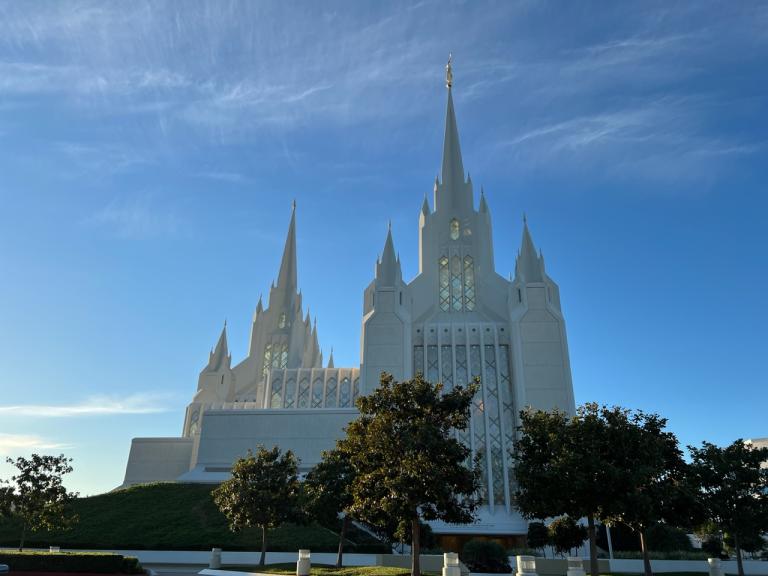 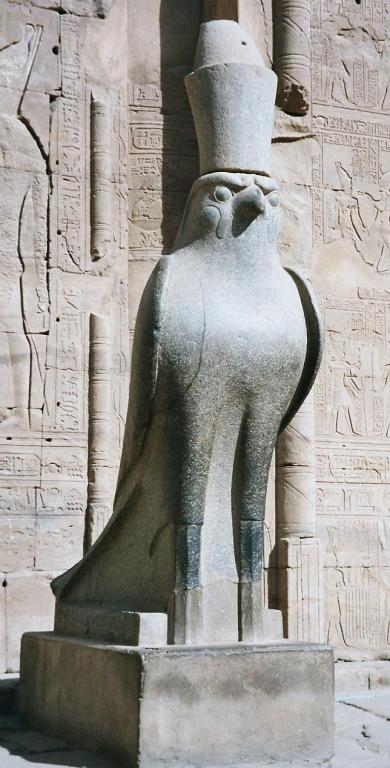 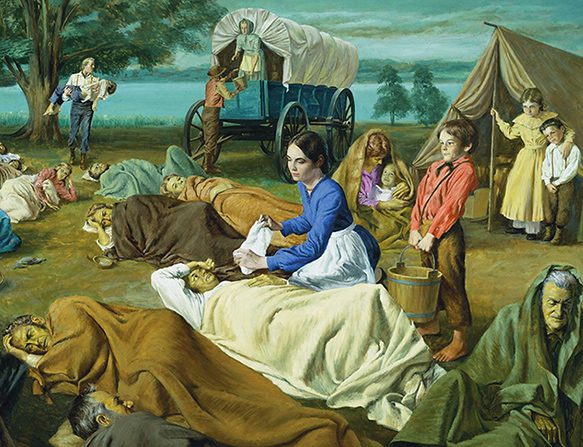