“Is my faith ‘terrible for women’?”

Today marks the one hundred and seventy-eighth anniversary of the assassination of the Prophet Joseph Smith by an anti-Mormon mob in western Illinois.  It is entirely appropriate to spare him a thought or two today.  And so, happily and wholeheartedly, I join with President John Taylor, who himself was severely wounded in the same lawless attack by an armed mob, in declaring that

Joseph Smith, the Prophet and Seer of the Lord, has done more, save Jesus only, for the salvation of men in this world, than any other man that ever lived in it. In the short space of twenty years, he has brought forth the Book of Mormon, which he translated by the gift and power of God, and has been the means of publishing it on two continents; has sent the fulness of the everlasting gospel, which it contained, to the four quarters of the earth; has brought forth the revelations and commandments which compose this book of Doctrine and Covenants, and many other wise documents and instructions for the benefit of the children of men; gathered many thousands of the Latter-day Saints, founded a great city, and left a fame and name that cannot be slain. He lived great, and he died great in the eyes of God and his people; and like most of the Lord’s anointed in ancient times, has sealed his mission and his works with his own blood; and so has his brother Hyrum. In life they were not divided, and in death they were not separated!

The Supreme Court (aka, according to the measured and reasonable statements of at least two celebrity types over the weekend, the “American Taliban”) is much in the news of late.  One apparent rock star has vowed to renounce his American citizenship and move to the United Kingdom, where (poor fellow!) the abortion laws are more restrictive than they have been in America even over the past half century.  Here are links to some articles on the general subject of the recent SCOTUS decisions that I’ve found valuable.  First, though, I share a piece on the position of the Church of Jesus Christ of Latter-day Saints relative to abortion:

“The Justices Didn’t Lie to the Senate: No one in the Supreme Court’s Dobbs majority promised to uphold Roe v. Wade.”

And here, courtesy of the Wall Street Journal, is an excerpt from the 29 June 1992 dissent filed by the late great Justice Antonin Scalia in Planned Parenthood v. Casey.  The issue to which he’s referring, of course, is abortion (in the wake of Roe v. Wade):

There is a poignant aspect to today’s opinion. Its length, and what might be called its epic tone, suggest that its authors believe they are bringing to an end a troublesome era in the history of our Nation and of our Court. “It is the dimension” of authority, they say, to “cal[l] the contending sides of national controversy to end their national division by accepting a common mandate rooted in the Constitution.” . . . Quite to the contrary, by foreclosing all democratic outlet for the deep passions this issue arouses, by banishing the issue from the political forum that gives all participants, even the losers, the satisfaction of a fair hearing and an honest fight, by continuing the imposition of a rigid national rule instead of allowing for regional differences, the Court merely prolongs and intensifies the anguish.

We should get out of this area, where we have no right to be, and where we do neither ourselves nor the country any good by remaining.

People on the Left have loved and lionized the Supreme Court for years because it has delivered victories to them that they were unable to achieve by persuasion, through elections and legislation.  Now, though, they’re furious.  (The torrent of invective and even obscenity coming from some has been impressive, if not in reasoning power or cogency at least in volume.)  But the biblical principle still holds:  “All they that take the sword shall perish with the sword” (Matthew 26:52).  Live by the courts, die by the courts.

The virtually forgotten Tenth Amendment to the Constitution seems to me quite explicit and clear, albeit almost completely ignored, when it declares that

The powers not delegated to the United States by the Constitution, nor prohibited by it to the States, are reserved to the States respectively, or to the people.

James Madison’s comment in Federalist 51 could hardly be more unambiguous in expressing the intent of the Framers of the Constitution (and of the Tenth Amendment):

The powers delegated by the proposed Constitution to the federal government, are few and defined. Those which are to remain in the State governments are numerous and indefinite. The former will be exercised principally on external objects, as war, peace, negotiation, and foreign commerce; with which last the power of taxation will, for the most part, be connected. The powers reserved to the several States will extend to all the objects which, in the ordinary course of affairs, concern the lives, liberties, and properties of the people, and the internal order, improvement, and prosperity of the State.

That the Left might now be obliged to pursue its objectives by convincing voters and legislators in fifty different jurisdictions rather than by gaining the support of five justices on the Supreme Court of the United States is a triumph for representative democracy and for the Constitution, not a setback.  And this is, for a believing Latter-day Saint in particular, no small matter:  “I established the Constitution of this land,” says the Lord himself at Doctrine and Covenants 101:80, “by the hands of wise men whom I raised up unto this very purpose.”

Let the debate proceed.  But, please, let it be without demonizing opponents and, as much as possible, without acrimony and hatred.

Finally, this piece — which was written by Dr. Jenet Jacob Erickson and which now, for your delectation and enjoyment, has been drawn by your humble servant from the Christopher Hitchens Memorial “How Religion Poisons Everything” File© — vividly illustrates how women (whatever they may be!) are damaged and oppressed by religion:

“Perspective: Is my faith ‘terrible for women’? Not if you believe the data: As a scholar and woman of faith, I know the good that religion offers” 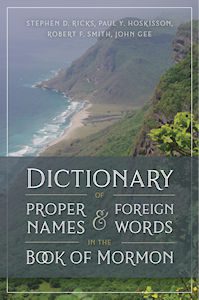