Two new articles appeared today in Interpreter: A Journal of Latter-day Saint Faith and Scholarship.  I hope that you will enjoy them and, moreover, that you will have a very enjoyable weekend:

““This Great Mystery”: Gathering Still Other Sheep through the New Covenant of Peace,” by Matthew Scott Stenson

Abstract: The Book of Mormon sheds light on a “great mystery” located in John 10:16 (D&C 10:64). In this paper, using a comparative method that traces intersecting pastoral imagery, I argue that John 10:16–18 (as opposed to merely John 10:16) not only refers to Jesus’s visit to the Lehites in Bountiful and the lost tribes of Israel (the standard LDS view), but that it has a scripturally warranted covenant-connection to the emergence and dissemination of the Nephite record. Specifically, the Book of Mormon, according to the Good Shepherd (3 Nephi 15:12–16:20), effectively serves as his recognizable voice to the inhabitants of the earth across time and space. The Nephite record has come forth so that the Lord’s sheep (those who hear his voice in and through that record in the final dispensation) may be safely gathered into the fold before he comes in glory to reign as a second King David. The Nephite record’s coming forth to eventually establish peace on earth was foretold by prophets such as Isaiah (Isaiah 52:7–10), Ezekiel (Ezekiel 34:23–25; 37:15–26), and Nephi (1 Nephi 13:34–37, 40–14:2; 1 Nephi 22:16–28). The value of this comparative approach is to recast our understanding of various passages of scripture, even as additional value is assigned to the Nephite record as the covenant of peace.

This post is a summary of the article ““This Great Mystery”: Gathering Still Other Sheep through the New Covenant of Peace” by Matthew Scott Stenson in Volume 52 of Interpreter: A Journal of Latter-day Saint Faith and Scholarship.

The Takeaway:  Stenson explores three scriptural passages where Christ refers to his “other sheep,” suggesting that these sheep can represent both the Lehites of the New World and those in the latter days who would hear his voice through the Book of Mormon.

Latter-day Saint
On Two Women in the Old Testament, and...
Sic et Non 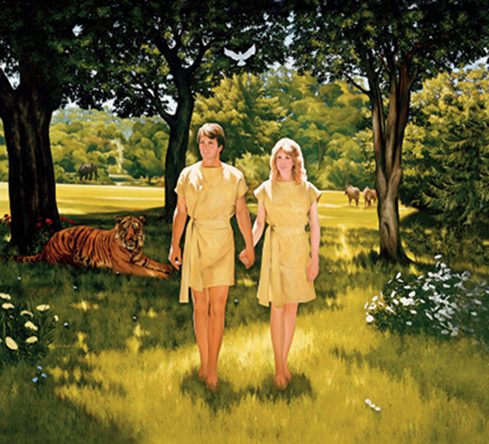