Thinking, from Dover back to Amsterdam

These three items went up today on the website of the Interpreter Foundation:

Another note for teachers and students of the “Come, Follow Me” curriculum, kindly contributed by Jonn Claybaugh.

The Interpreter Radio Roundtable for Come, Follow Me Old Testament Lesson 37, “God Is My Salvation” on Isaiah 1–12, featured Terry Hutchinson, Martin Tanner ,and Kerry Muhlestein.  First broadcast live as part of the 31 July 2022 edition of the Interpreter Radio Show, the Roundtable has now been extracted, unencumbered by commercial and other extraneous interruptions, from the archived recording of that evening’s show.  The complete recording may be heard at https://interpreterfoundation.org/interpreter-radio-show-July-31-2022/. Happily, too, the Interpreter Radio Show can be heard every week of the year on Sunday evenings, from 7 to 9 PM (MDT), on K-TALK, AM 1640.  If, however, you’re out of range of K-TALK’s broadcast signal, don’t despair!  You can still listen live on the Internet, at ktalkmedia.com.

Between 7 March 1954 and 17 October 1954, Hugh Nibley delivered a series of thirty weekly lectures on KSL Radio that were also published as pamphlets. The series, called “Time Vindicates the Prophets,” was given in answer to those who were challenging the right of members of the Church of Jesus Christ of Latter-day Saints to call themselves Christians.  This particular lecture is a discussion of members as Christians according to the definition of believing in Christ, and a discussion of how the idea of Christianity as one who subscribes to the creeds of Christendom came to be:

It’s been almost exactly five years since the Interpreter Foundation’s first film — Robert Cundick: A Sacred Service of Music — appeared.  I wonder how many of you have seen it.  The movie runs just slightly under twenty-five minutes in length, and is available at no charge, online.  I encourage you to watch it, or even to watch it again, and to share it with anybody whom you think it might interest:

The intolerant political and cultural Left continues to threaten liberty of conscience in the United States, as noted by this short piece from the superb editorial board of the Wall Street Journal: “Transgender Patients vs. Religious Doctors: The Franciscan Alliance might be the new Little Sisters of the Poor.”

What worries me is that a large number of Americans, many of them members of the social, economic, and political elite, no longer seem to recognize much if any value in the freedom of religion, if it involves cultural attitudes and values that conflict with theirs.

Also on the matter of current transgender ideology, though quite distinct from questions of religious liberty and the First Amendment, I call your attention to this article from National Review.  I warn you, though, that it’s not for the faint of heart:  “Undercover Mom Discovers ‘Pandora’s Box’ of Depravity in Trans Youth Organization’s Chat Room”

And the idea of liberty reminds me of something that I intended to mention in yesterday’s blog entry but, for some reason or other, did not.  I noted four tombs in Canterbury Cathedral that struck me because of the history of those interred (or, at least, once interred) in them:  King Henry IV; Edward, the Black Prince; St. Anselm of Canterbury; and St. Thomas Becket. (The remains of the latter two have actually been, umm, misplaced, thanks to King Henry VIII, of blessed memory).  But there is another personage of considerable historical significance who is entombed within the Cathedral.  He is Stephen Langton (ca. 1150-1228), who was an English cardinal of the Roman Catholic Church and who served as the Archbishop of Canterbury from 1207 until his death in 1228.  The dispute over his election that flared up between King John of England and Pope Innocent III significantly contributed to the crisis that eventually produced Magna Carta in 1215.  A fairly prolific author, Cardinal Langton is also generally credited as the person who divided the Bible into the standard arrangement of chapters that we still use today.

We docked in Dover yesterday and departed from Dover this morning.  While we didn’t spend very much daytime in Dover itself (going, instead, to Canterbury), it was very much on my mind.  So many stories are at least partially set in it.  A Tale of Two Cities, by Charles Dickens, to choose one example, passes through it multiple times.  So does The Scarlet Pimpernel.  So does Shakespeare’s King Lear.  Matthew Arnold wrote a poem about “Dover Beach” that I’ve used many times in talks and in things that I’ve written.  But I was particularly thinking of Dover’s role in the Second World War.  Much of the Battle of Britain was fought in the skies of the English Channel, near Dover.  And this song kept going through my mind, made famous especially by Vera Lynn:

There’ll be bluebirds overThe white cliffs of DoverTomorrow, just you wait and see.

There’ll be love and laughterAnd peace ever afterTomorrow, when the world is free.
The shepherd will tend his sheep,The valley will bloom again,And Jimmy will go to sleepIn his own little room again.
There’ll be bluebirds overThe white cliffs of DoverTomorrow, just you wait and see.
I’ll never forget the people I met
Braving those angry skies.

I remember well as the shadows fell
The light of hope in their eyes.And though I’m far away
I still can hear them say
Bombs up.
But when the dawn comes up

There’ll be bluebirds over
The white cliffs of Dover
Tomorrow, just you wait and see.

Latter-day Saint
An idea for a conference on science and...
Sic et Non 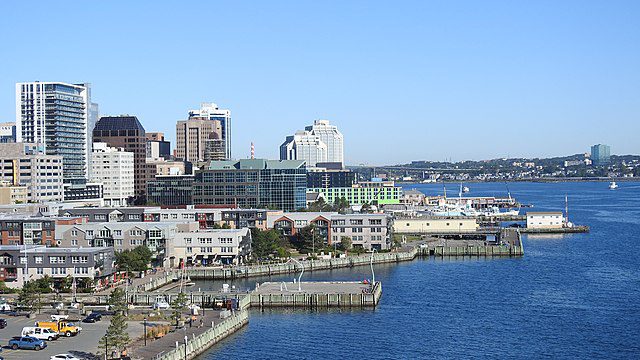