“Evidence of the Afterlife”

Conference Talks: “The Ark and the Tent: Temple Symbolism in the Story of Noah” (Jeffrey M. Bradshaw)

Jeffrey M. Bradshaw compares Moses’ tabernacle and Noah’s ark, and then identifies the story of Noah as a temple related drama, drawing of temple mysticism and symbols. After examining structural similarities between ark and tabernacle and bringing into the discussion further information about the Mesopotamian flood story, he shows how Noah’s ark is a beginning of a new creation, pointing out the central point of Day One in the Noah story. When Noah leaves the ark, they find themselves in a garden, not unlike the Garden of Eden in the way the Bible speaks about it. A covenant is established in signs and tokens. Noah is the new Adam. This is then followed by a fall/Judgement scene story, even though it is Ham who is judged, not Noah. In accordance with mostly non-Mormon sources quoted, Bradshaw points out how Noah was not in “his” tent, but in the tent of the Shekhina, the presence of God, how being drunk was seen by the ancients as a synonym to “being caught up in a vision of God,” and how his “nakedness” was rather referring to garments God had made for Adam and Eve.

The Interpreter Radio Roundtable for Come, Follow Me Old Testament Lesson 39, “Comfort Ye My People,” on Isaiah 40-49, featured Terry Hutchinson, John Gee, and Kevin Christensen.  This roundtable was extracted from the 14 August 2022 broadcast of the weekly Interpreter Radio Show.  The complete show may be heard at https://interpreterfoundation.org/interpreter-radio-show-August-7-2022/.  The Interpreter Radio Show can be heard each and every Sunday evening from 7 to 9 PM (MDT), on K-TALK, AM 1640.  Or, if you prefer or if you have no other viable option, you can listen live on the Internet at ktalkmedia.com.

One of the best books that I’ve ever read on the subject of near-death experiences is Evidence of the Afterlife: The Science of Near-Death Experiences (New York: HarperOne, 2010), by Jeffrey Long, M.D., with Paul Perry.  (And I’ve read quite a few of them.)  Dr. Long is a practicing radiation oncologist and the founder of the Near Death Experience Research Foundation (NDERF).  Here are some passages from Evidence of the Afterlife in which he lays out his basic methodology and summarizes his chief arguments:

By scientifically studying the more than 1,300 cases shared with NDERF [by the time the book was written, more than a decade ago], I believe that the nine lines of evidence presented in this book all converge on one central point: There is life after death.

The convergence of several lines of evidence — like the nine presented in this book — builds a much stronger case than only a single line of evidence.

I’m interested in feedback on the reasoning that is set forth above.  Not so much about reader opinions regarding near-death experiences in and of themselves but on the subject of whether the methodology of assessing levels of persuasion is substantially sound.  Please advise.

As for Dr. Long’s nine distinct lines of evidence, here they are, in his own summarizing words:

Dr. Long’s book, Evidence of the Afterlife, sets forth those nine converging lines of evidence in some detail and provides substantiating cases, evidence, and analysis.  I find it quite compelling, myself, and I think that his book is a pretty much a must-read on the subject for anybody who wants to speak knowledgeably about it.

September 14, 2022
Queen Elizabeth II and the Mysterium Tremendum
Next Post

September 16, 2022 Who is most blessed?
Recent Comments
0 | Leave a Comment
Browse Our Archives
Related posts from Sic et Non

Latter-day Saint
Whether you're just back or still hoping to...
Sic et Non 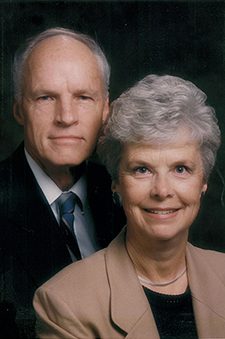