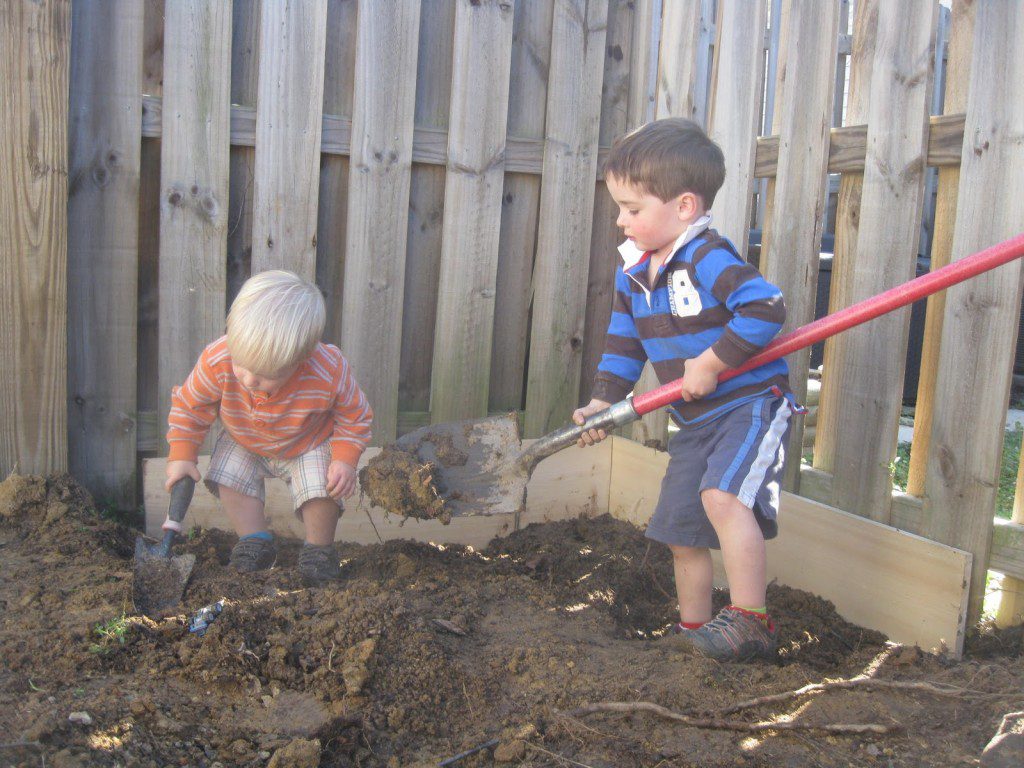 I think I’ve always loved dirt. Maybe it’s part of the Alabama childhood I never really outgrew. As a kid playing middle school baseball, I remember feeling the game was never really finished unless there were dirt stains on my uniform. So I chose my preferred position not based on my skill but on how dirty I would get. I would even slide into bases I had stolen by a mile just to feel the dirt.

I was reminded of my love of dirt when I started vegetable gardening in California, because as much as I loved my plants — the tomatoes and carrots, the cukes and leafy greens — I loved my dirt most of all. I still remember being knee-deep in composted manure and top soil as I broke ground on my first garden. I mixed it all by hand in my 10- by 10-foot plot, not because I wanted the masculine thrill of turning a shovel until my palms blistered, but mostly because I wanted to play in the dirt.

After my second year of backyard gardening, it occurred to me that I wasn’t really into growing vegetables and plants. Rather, I was growing dirt. In fact, I started making my own dirt, collecting buckets full of kitchen scraps and yard clippings and tossing them into a compost bin until the foul, rotting stench of waste was transformed into the sweet, smell of soil.

That’s the best way to make dirt, it turns out. With the trash, the waste, and the things no one else wants — the used up coffee grounds, the bell pepper you forgot about mouldering in the bottom drawer of the refrigerator, and, of course, manure.

Children love the dirt, too, almost universally it seems. My own are no exception. One day last August, I left them to their own devices in the backyard while I tidied the kitchen. By the time I checked on them a half-hour later, they were both covered in a thick layer of mud. They had gotten the hose and mixed a massive 10-gallon buck of dirt and water and proceeded to slather it on themselves. 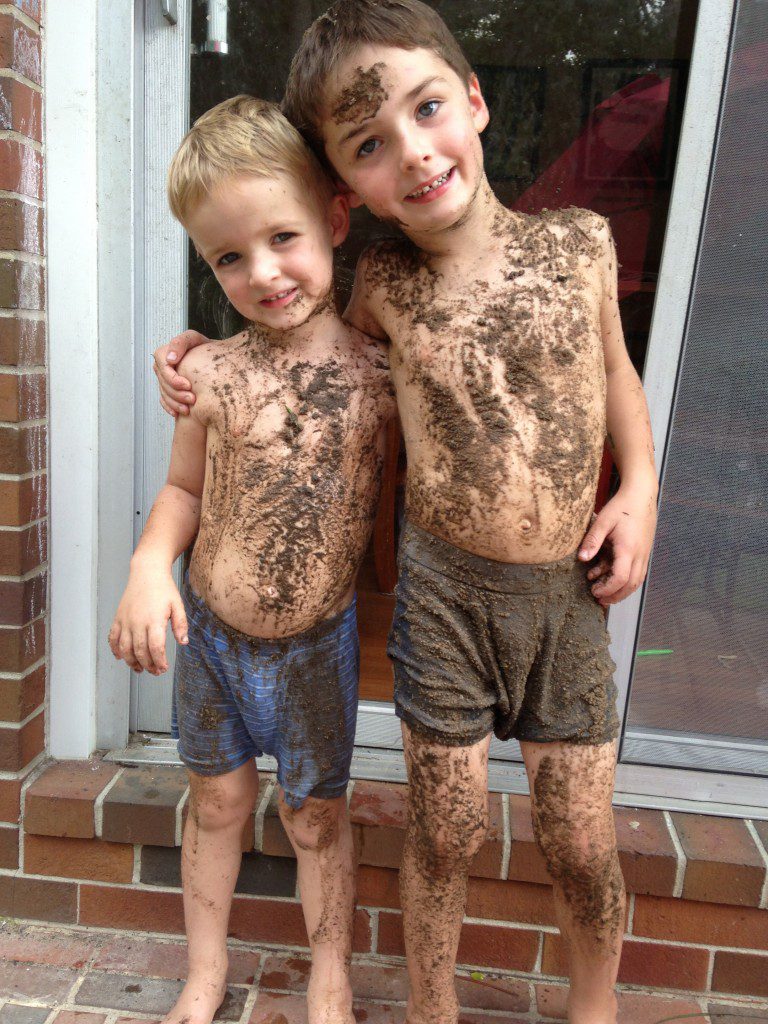 I don’t think I’ve ever seen them happier.

And that’s how I want us to hear this parable this morning, with ears that remember the joy of the dirt.

Because I believe God loves dirt, too.

Our temptation, however, is often to hear this parable and believe that there is a good kind of dirt and a bad kind of dirt. There dirt that yields an abundant harvest which God likes and a dirt that is closed off, disbelieving, and worrisome which is somehow less than what God wants.

So maybe when you listen to the words of Jesus this morning, you hear judgment and what you lack in providing space for God’s love.

Maybe you feel like you’ve fallen on thin and rocky soil. You’ve felt your faith spring up only to have it falter under its own belief system. Maybe you’ve had your faith scorched by the oppressive heat of life. Perhaps you look around at the racism, the economic injustice, the poverty, the hunger, the sexism, the war, or just the plain everyday selfishness of humankind and faith seems like such a fool’s errand in the face of it. Where is God in this mess you ask, as you feel like wilting and withering away?

Maybe you feel like you’ve fallen among the thorns and brambles of life. Maybe for you simply getting out of bed in the morning involves the sharp pain of living, of moving, of breathing. Perhaps it’s grief that sticks in your side and it feels like you’ve run too far for too long and there’s not enough space to breath, to stretch, to grow. Maybe it’s the ceaseless demands of time to work, to family, to church, to the obligations that once seemed like growth but now seem like some kind of overgrowth that blocks out the sun, the warmth and source of life.

And maybe you look over and see the person sitting next to you in the pew, and you think, “My goodness they seem to have it together. They seem to really believe those words of the creed when we say them. They seem to really mean it when we cross ourselves, when we bow as the cross comes down the aisle. They must be growing in good soil,” we think.

And, let’s be honest, sometimes there’s not a lot we can do when we find our faith scorched dry, brittle and baked into dust. And the worst thing we can do is start feeling like we are somehow less than what God intends us to be.

That’s not what this parable is about. It’s not about what kind of soil you are.

Because God loves the dirt too much.

Somehow, though, we’ve managed to warp this parable from this good news about God’s love of dirt into a parable of judgment on the soils that simply aren’t good enough. But if you notice, there is no judgment and no condemnation in the story. The soil exists as it is. The sower doesn’t spend any time wondering whether the rocky, or the hardened, or the thorny soil measures up or is worthy of the sower’s seeds — the very source of his life and livelihood.

The sower simply sows without judgment and without expectation.

It doesn’t matter what kind of soil you are. God doesn’t care, either. Because God is the sower. And God doesn’t stop sowing the seeds of divine love because the soil isn’t perfect. Rather God is busy sowing indiscriminately, irresponsibly, irrationally. This parable is a reminder that it doesn’t matter if your faith is dried up, withered, and dead. God is still sowing love, and always will. God is the relentless and lavish sower.

The kind of farmer who doesn’t believe in hopeless causes.

The kind of God that loves dirt more than plants, soil more than what it yields. God is a dirt farmer, not a vegetable gardener. Because God knows that the faith that springs up among the rocky soil and withers away only winds up enriching and building the soil for the next seeds that come along. God knows that the bird that carries away the seed does so because the bird to needs to be fed, and God cares, too, for the sparrows. And one day, when that seed finds its way through the bird’s digestion, it will wind up carried far away to a place where its life is needed. God knows that wheat grows amid the weeds and the thorns, and sometimes those thorns form a crown. 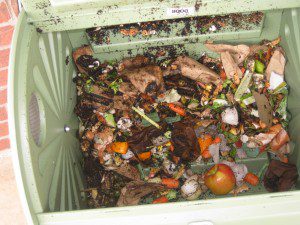 Maybe God knows that the only way to get good soil is through a pile of dead things, of pile of waste, a pile of things others might just throw away. Good soil doesn’t just happen. It is the remnant of faith had and faith lost, of beliefs embraced and beliefs discarded. Good soil is alive through the decomposing of dead things. Good soil is resurrection, for out of the waste and detritus of faith and life springs forth a bountiful harvest.

And it is all part of the cycle of soil, the cycle of faith. To have faith and to lose it so that out of the decomposed remains of belief, new life, richer life, deeper life can begin to take root.

And ultimately, once we realize this, perhaps we can get past our hang ups with what kind of soil we are. Perhaps we can stop judging ourselves for our faith or our lack of faith, our belief and our disbelief. It’s not important. What’s important is that God loves us and refuses to give up on us.

And when we realize this — the extravagance of God’s love — we can begin to hear this parable’s deepest call to us. Listen, Jesus says as he begins this parable. Really listen. You who have ears, he says, in closing, hear what the Spirit is saying.

This parable is not a call to be good soil.

It is a call to be bad farmers.

It is a call to be sowers in this world, to go out into the world and cultivate gardens of hope and of love, in rich and loamy soils and in the desperate places in our communities, to love when all else fails and seems hopeless, to love without the expectation that anything will grow.

To simply sow the seeds of God’s love wherever we are.

So sow God’s love. Sow it not just in the fields of high yield and bumper crops. So love in the hardened places, in the thorny fields, in the rocky ground.

Go out and sow and expect divine failure.

But never stop loving the dirt.

*****
For more on the Parable of the Sower, listen to The Moonshine Jesus Show’s lectionary cast for this text (due out next week). Also, Ched Meyers has done a wonderful and dynamic job reinterpreting this story through a socio-political lens in this book Binding the Strong Man. This post is a longer, expanded version of a meditation I wrote in a 2010 Lenten Daily Office devotional.

June 10, 2014
Picking Sides: The Deciding Reason Why I Was Baptized in the Episcopal Church (Guest Post)
Next Post

July 14, 2014 The Gospel of Murrieta and Migrants
Recent Comments
9 Comments | Leave a Comment
Browse Our Archives
Related posts from Edges of Faith