Liberation is A Movement, Not a Moment: Why Every Christian Should Watch ROOM

Liberation is A Movement, Not a Moment: Why Every Christian Should Watch ROOM October 29, 2015 David Roberts 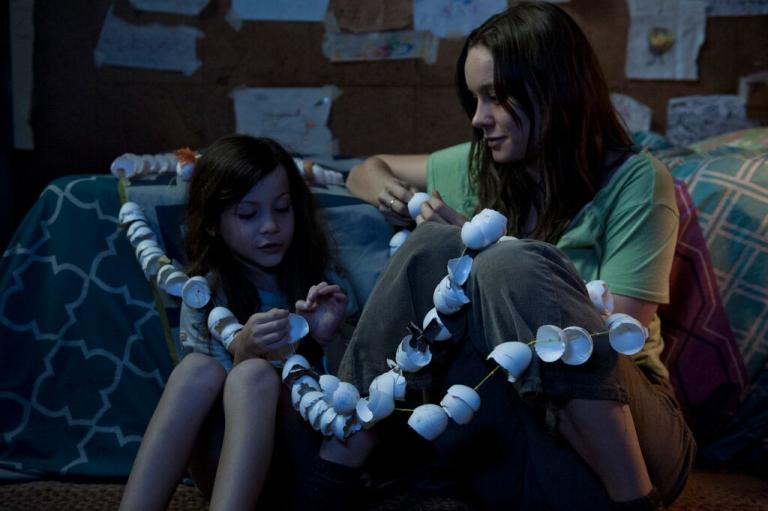 Room isn’t just an enthralling and moving film that undeniably boasts two of the best performances of the year, if not the decade.

Without a doubt, much can be said about the performances of Brie Larson as Ma and of Jacob Tremblay as her son, Jack. Both deliver two of the most emotionally powerful and believable performances I’ve ever seen.  The range and depth of emotion in Room are rare in a film. Viewers travel from the depths of despair to elation, from taut anxiety to strong hope. So clear your schedule and prepare yourself. Room may well leave you emotionally exhausted for the rest of the day.

And it should. The film, as does the book on which it is based, covers some rather disturbing ground. Larson’s character, Joy, was kidnapped as a teenager and has been held hostage in a single room for seven years by Old Nick. Her captor visits frequently to rape his prisoner (all of which happens off-screen) and to bring limited food and supplies. She has a son, Jack, during this time whom she adores, protects, and raises in the claustrophobic room. But shortly after his fifth birthday, when the film opens, Ma crafts a plan to escape.

Now, most hostage-and-escape films would build to this moment of freedom and escape, only to roll the credits shortly after. But Room does something fairly unique. The escape happens at the midpoint in the film. Don’t think for a moment, though, that the movie lets up.

In many ways, it is a striking to see this kind of treatment of trauma onscreen, because it reminds audiences that the effects of their abuse and imprisonment last long beyond the moment Joy and Jack escape it.

And that’s why Room is more than just an emotionally engrossing film, but a critically important one, especially for Christians. It provides rich theological ground for reflection on trauma and oppression, liberation and interdependence.(My friend Ryan Parker has written  a fantastic faith and film discussion guide here)

We tend confuse a feeling of release with true release.

But Room reminds us that such liberation from abuse, violence, and oppression is not achieved in a single act of liberation, but rather is an ongoing process that never truly ends. In other words, liberation is not a moment, but a lifelong movement. In the film, though Ma and Jack are freed from captivity they are not truly liberated from Room, as they call it. Both still bear the imprisoning scars of abuse and captivity.

The brilliance of director Lenny Abrahamson’s film is that it invites viewers to experience this as well. The lingering traumatic effects of their captivity in Room doesn’t just affect the characters. It leaves a mark on the audience as well.  As a result, we view the free world through the lens of Room and of abuse that happened there as much as the characters do. There remains a pervasive sense of menace, threat, and distrust, particularly of men. Throughout the last half the film, after Ma and Jack have escaped, audiences can’t help but expect for something terrible to happen to the characters. We worry Jack will be kidnapped again as he is walking a dog. We fear that Jack will be taken away from Ma. Like Ma and Jack, we view the world of the film through the experience of early trauma. We don’t think there can possibly be a happy ending to this kind of story.

To its credit, Room doesn’t end on a high, happy note, despite what some critics might say. It ends by reminding viewers that even though Ma and Jack have said goodbye to Room and their captivity, even though the Room has changed both physically and in their minds, Room nevertheless is still standing, present, a landmark of trauma. It remains a reality and always will — an oppressive part of their lives they have to confront rather than simply escape.

They can run away from it and walk away from it as they do in the movie, but as Jack describes it at one point, Room “goes in every direction and is never finished.”

That is the reality, in many ways, of trauma, abuse, and oppression. It does go on in every direction and its effects are never really finished — whether it’s in victims dealing with internalized oppression or post-traumatic stress. And that’s why liberation — whether individual or systemic — can never be moment, but must be a movement, why it is not about an act of freedom but an ongoing process of healing ourselves, each other, and the world.

For me, the key to understanding the film’s suggestion that liberation is a movement, not a moment is when Jack cuts off “his strong,” his long pony tail from which he believes he derives Samson-like strength. He wants his mother to have it to help her recover from her own fallout from being kidnapped and abused.

“Can my strong be her strong?” he asks his grandmother.

“No one is strong alone,” she replies. “We all have the same strong.”

Unwittingly, her wise words directly echo the African philosophy of Ubuntu, which is often summed up by the maxim, “I am because we are.”

In other words, liberation is found not in individual freedom but in interdependence and solidarity, not in a singular moment but in a journey taken together.

We are not strong on our own. Not you, not me.

But we all have the same strong.

And our strong is each other.

October 27, 2015
Should Boys Dress as Female Characters for Halloween? What About Genocidal Maniacs?
Next Post

When the one-way ratchet goes local...
slacktivist
Related posts from Edges of Faith