Epic Lenten Failures and the Idolatry of Independence (A Homily on Tempation) February 15, 2016 David Roberts 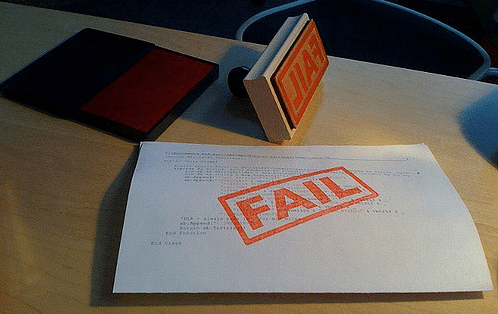 I have a confession to make.

I am terrible at Lent.

Now, don’t get me wrong. I love Lent, like any good priest should. I just happen to be awful at it. Most years, I fail pretty miserably in my Lenten practices. I’ve even been known to throw in the towel early, some time around the third Sunday of the season.

Maybe that’s not the most priestly thing to confess, but in my defense, my Lenten practices in the past have tended toward eccentric to the spiritual Olympics variety. Several years ago, for example, I decided that I wanted to be to stand in solidarity with the millions throughout the world living without clean water. Now, I could have chosen to be less wasteful with water — timing my showers, turning off the water while shaving, or maybe even doing fewer loads of laundry. I could have even fundraised money for a new well somewhere in the world.

Instead, I decided to give up daily showers.

Of course, what I didn’t take into consideration was my longtime fear of smelling bad around others, a phobia that’s been with me since the third grade. Nor did I count the potential relational costs of showering every only other day.

Then there was the time I decided I would give up coffee for Lent. My rector at the time, though, knew just how much work Lent tended to be for church employees and just how much coffee I typically consume in a day. So, he forbid me from fasting coffee in the interest both of parish productivity and, well, in the interest of general workplace safety.

Though I was secretly relieved, I failed again.

Two years ago, I decided to give up swearing. As a newly ordained priest at the time, this seemed both prudent, appropriate, and simple, right?

Well, I’ll be damned if I didn’t fail again, and in spectacular fashion.

With all these failures, it’s hard not to want to win at Lent. For once, I’d like to follow Jesus’ example in today’s gospel and be able to maintain my fast and resist temptation for 40 days.

Of course, in doing so, I kind of miss the whole point.

This season isn’t supposed to be about our spiritual triumphs and successes. It’s all about our failures and shortcomings. It’s not to make us feel like horrible human beings or to imprison us with crippling guilt. Rather, it’s for our liberation. We live in a world absolutely obsessed with success, with winning, with achievements, and with being great again. But Lent is the wonderfully freeing reminder that we don’t journey with God under the burden of perfection and success, but by taking on the yoke of Christ, the yoke of belovedness and grace.

Maybe in the midst of election season and maybe in light of that long-standing American myth of the self-made man, we need Lent now more than ever. Maybe what we need now are the confessions of Lenten people, our stories of failure, more than another success story to idolize, more than another rags-to-riches tale, another promise to make us great again.

In Lent, we get this amazing gift of 4o days when it is actually socially acceptable to admit to ourselves and to each other that we screw up, that we aren’t all we’re cracked up to be or all we make ourselves out to be.

And maybe it’s this room for failure and confession in Lent that opens us up to empathy for each other, that widens our capacity for love and grace for others. Maybe it’s exactly these failures that can release us from the prison of perfectionism and achievement-ism that we impose on ourselves and on others.

But because the culture we live in tends to link righteousness with successes, I’d wager that our failures more frequently lead us not into community but into isolation and shame, to white-knuckling it through our trials, temptations, and wilderness journeys.

At least, I know that’s often the case with me. I might share with you my comical Lenten failures, but I am going to resist confessing my deep failures as if I was resisting the devil himself, because I’d often rather maintain the façade that I’m alright without any help from anybody, that I am an island, an independent person who is doing just fine on my own thank you very much.

And in a way, isn’t that the greatest temptation, going all the way back to the Garden? The temptation to live disconnected from God and from others under the pretense of self-reliance, getting caught up in the idolatry of indifference and independence.

In fact, I’d suggest this is exactly what’s at work in the Judean wilderness in today’s gospel story. Jesus in the desert was tempted to go at it all alone, to pull himself up by his sandal-straps and be a self-made Messiah. He’s tempted to accomplish his mission there in the wilderness, all alone without the mess and frustration of living with others.

But Jesus repeatedly resists the temptation to independence, choosing instead to be God with us not God in spite of us.

And that choice had serious consequences for Jesus. In resisting his desert temptation, he chose to live under Roman occupation in poverty and in hunger, in solidarity with those experiencing crushing oppression. He chose to be frustrated by his disciples when they didn’t understand his message, disowned by his family when they didn’t get his mission, betrayed by his friend with a kiss, and eventually executed.

He could have avoided it all, had he just given into the devil’s suggestion to do it all by himself.

He could have ended oppression and seized the easy earthly power and glory offered by the devil. He could have crowned himself king without consent, without suffering, effort, and the cross. He could have reigned, ignoring the reality of the oppressed and marginalized.

He could have thrown himself from the precipice and into God’s protective hands. He could have claimed special status as the Beloved Son and declared himself exempt from the shared human reality and anxiety of inevitable death. He could have been the Incarnation without ever being fully human.

But that’s not what it meant for Jesus to be baptized in the Jordan River and to be identified as the Beloved Son.

To be loved is to be in community, not cut off from it. To be loved is to love others, not to ignore them. So if our identities, like Jesus’, are rooted in baptism and God’s belovedness, then our only response like Jesus is to resist the siren song of selfish individualism that seeks only our own comfort, greatness, and security and to be embrace each other with gentleness and grace, forgiveness and forbearance.

In this context, all that we do during this season of Lent — whether we succeed or fail at them —  are really our attempts to get us to a place where we can admit the reality of human life — that we need each other and God, that we really can’t make it through this desert wilderness on our own with sheer grit and determination.

Or as Rowan Williams, former Archbishop of Canterbury, puts it, “To be able to say, ‘I’m baptized’ is not to claim an extra dignity, let alone a sort of privilege that keeps you separate from and superior to the rest of the human race, but to claim a new level of solidarity with other people.”

And so our gospel story today and the season of Lent call us to move away from the false idol of self-sufficiency and the temptation of independence. It reminds us that we will be tempted to believe the lie that we are all alone, unique in both our success and failure. But while we might wander in the desert for 40 days or longer, we will never have to walk alone. Even in the midst of our worst failures, God walks with us and refuses to abandon us. God choses not to go at it all alone, but to depend on us to get the job done.

But we will always be beloved of God.

And who knows? It might just be that in our failures we finally stumble out of the desert into the promised land of God’s love and liberation.

February 12, 2016
Lenten Disciplines for Social Media: Creating a Better Web Together
Next Post