Soot, Stones, and Stewardship: A Homily for the First Sunday in Lent 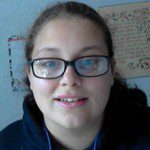 Today, I’m pleased to share with you this post from Anna Howell, a long-time reader of my blog and Moonshine Jesus Show podcast listener. Anna is a twenty-four-year-old Episcopalian from Upper South Carolina who dreams of one day getting a postsecondary education in religious studies. In the meantime, she blogs at www.sulfurfreejesus.wordpress.com and is a moderator at the 16,000-member Facebook group Episcopalians on Facebook. Her primary love language is liturgical minutiae.

In the name of God the Father, God the Son, and God the Holy Spirit. Amen.

“Life’s but a walking shadow, a poor player
That struts and frets his hour upon the stage
And then is heard no more.”

In William Shakespeare’s Macbeth, the titular character utters these words upon learning of the death of his wife. He is reflecting on how short and fleeting human life is.

“The Circle of Life”, a song written by Sir Elton John, which was featured prominently in The Lion King, puts it this way:

This past Wednesday, we used another set of words to talk about the finiteness of our earthly lives: Meménto quia pulvis es, et in púlverem revertéris. Remember you are dust, and to dust shall you return.

A cross of soot was imposed upon your head to drive the point home: the palm branches used to make these ashes were alive once, just as you are alive now. Someday, you too will be dust, just as these branches are dust now.

Katharine Jefferts Schori, the former Presiding Bishop and Primate of the Episcopal Church (and a personal hero of mine), once told the story of a particularly memorable Ash Wednesday service over which she presided at a school for children in Costa Rica. She was asked to impose ashes on the foreheads of toddlers. As unsettling– and perhaps upsetting– as it may be to think of babies and small children as being mortal, we must remember that the circle of life, to quote Sir Elton John, “moves us all”.

I don’t think it’s an accident that we begin this journey by acknowledging, in a very sacramental and tangible way, that the “one wild and precious life” that we each get to spend on earth is incredibly finite. Then we can turn to the question of what we will do with this precious, fleeting gift we’ve been given. It’s ultimately a question of stewardship.

Yes, you heard me right: I said the big, bad s-word.

(And it’s not even October! Horrors!)

But, listen– before you run away screaming, hear me out. Stewardship isn’t just about money. It certainly can be. This reading from Deuteronomy, for example, is definitely talking about stewardship of resources. “Look, you guys,” the author seems to be reminding the Hebrews, “God saved our sorry butts from slavery in Egypt, and sustained us through the wilderness, and gave us literally everything we have. So, we ought to offer up the best of what we have to God.” To quote a more familiar passage from the book of First Chronicles, “All things come of thee, o Lord, and of thine own have we given thee.” That speaks to the call to be stewards of our material goods, which I would guess is the way most of us generally think of stewardship.

(I also think it’s interesting that the Hebrews are instructed, at the end of the Deuteronomy reading, to include foreigners in their celebration of God’s providence. Part of this command to offer the first fruits to God explicitly included inviting strangers to the table. That sounds like pretty much the exact opposite of using their nation’s resources to pass laws banning other religious groups from entering their space, or building a yuuuuge wall. Just food for thought; do with it what you will.)

But then we have the reading from the Gospel.

Most of us know some iteration of this story. It’s told in all three synoptic Gospels– Matthew, Mark, and Luke. St. Mark, unsurprisingly, manages to sum the whole thing up in one sentence. St. Matthew and St. Luke give us more details, although their accounts differ slightly from one another. The reading we heard today was from the Gospel of St. Luke.

Having just been baptized, Jesus heads out into the wilderness, led by the Holy Spirit. There he endures a forty-day fast, not unlike what both Moses and Elijah once did. Once the fast is over, he’s (understandably) totally exhausted and very weak, both physically and spiritually.

I don’t know about you, but I tend to not be a terribly Christlike person when I skip meals. I start to get a little “hangry” around one or two if I haven’t eaten lunch yet by then. There is a very strong inverse correlation between my ability to remember that I’m a child of God and how long it’s been since I last ate. Jesus hasn’t eaten in forty whole days.

Then, in verse two, we meet the devil. Now, let me be clear: we’re not talking about some scary little guy in red tights with a pitchfork and horns. The word St. Luke uses is διάβολος (dee-AW-buh-loss), which is the root of the English word “diabolical”. I would translate the word διάβολος as “slanderer” or “one who makes false accusations”. That doesn’t sound like someone or something very trustworthy, right?

This διάβολος entity could be interpreted as something inside of Jesus that’s troubling him–we all have “inner demons” that tell us lies about ourselves– or an external force, or maybe a bit of both.

In either case, the devil– this διάβολος, this false accuser– shows up and starts pestering Jesus. It’s debatable whether he’s saying “If you are the Son of God” or “Since you are the Son of God”, because the Greek is a little ambiguous here. It could go either way, but I tend to favor the “since” translation.

So he says, “Since you are the Son of God, turn this rock into a loaf of bread.” Jesus refuses, reminding the devil that there are more important things than food.

Then, in a rather Mufasa-like moment, the devil takes him up high somewhere and tells him that all the kingdoms of the world can be his. The catch? Jesus has to worship the devil. Jesus declines that offer as well.

The devil’s final demand is that Jesus throw himself down from the top of the temple, since God will protect him. Jesus warns him not to test God. Having failed to get Jesus to do any of the three things he asked, the devil leaves, defeated.

Let’s take the first request as an example. Jesus is famished, and the devil is trying to get him to turn stones into bread. Could Jesus do that if he wanted to? Yeah, probably. I mean, he turned water into wine at Cana, right? Stones into bread can’t be that much more complicated. I don’t think the devil is trying to get Jesus to prove that he can— I think he wants to see if he will. Jesus is being asked to make bread that would feed only himself, quench only his hunger—but that’s not really Jesus’s style, is it? The one time that Jesus does perform a bread-related miracle, he makes enough food to feed five thousand men, plus women and children, not just himself.

And of course, the bread Christ will ultimately give—his Body, broken for the world, given for us—is living bread that feeds everyone—and in so doing, Jesus subverts earthly notions of power by allowing himself to be offered as a sacrifice. It is in the nature of Christ to give of himself to feed everyone, rather than using his power to command nature to make him lunch.

This, too, is a form of stewardship: stewardship of ability. And we, like Christ in the wilderness, must learn to be faithful stewards of the gifts and abilities we have. Obviously, none of us can turn stones into bread. But we were all sent to earth imbued with spiritual gifts. St. Paul talked about this in a reading from a few weeks ago– some of us are preachers, some are teachers, some are healers, some are linguists, some are prophets– and all are an important part of the Body of Christ. During our time on earth, it is up to us to decide what we are going to do with those gifts. Will we use them to build up the Kingdom of God? Will we use them to care for and strengthen others? Will we use them to give glory to God? Or will we selfishly hoard what we’ve been given, refusing to hear God’s direction and guidance as we go through our lives?

We began this somber season of deep listening, quiet reflection, and fearless self-examination by remembering that this life we are given is fragile and finite– and, yes, someday we will all go down to the dust, returning to the Universe all the atoms we borrowed during our fleeting stint as earthlings. We are dust, and to dust we shall all return.

We know this. And so, as we journey through the wilderness with Jesus these forty days, one question remains… and, yes, it’s a stewardship question…

What will we choose do with this one wild and precious life?
Image Credit: Ian Scott/Flickr C.C. (Panorama of the Judean Wilderness)

February 4, 2016
The Temptation of the Transfiguration: On High Places, Presidential Politics, and the Glory of God (Lectionary Reflection)
Next Post