Get updates from David Mills delivered straight to your inbox

“It was moving to see all the different forms of piety focused, concentrated in an area so defined,” Marilynne Robinson says, speaking of Israel. In an interview with the Jewish Daily Forward, she continues:

I suppose a time when the religious significance of the place was not yet felt can be imagined, before Abraham, perhaps. But the extent to which it has supplied humankind with a conceptual universe of value and meaning and holiness is an astonishment. That it is somehow profoundly exceptional is true without question.

She also speaks on the sense of home as Americans and Israelis feel it, American Christianity, Israel’s problems, and the “ill considered” movement to boycott Israel, about which she comments dryly, “countries that don’t or won’t solve their own problems are not likely to have the wisdom to solve others’ problems.”

Of sectarian Christianity, she says, distressingly:

I was struck by the sectarianism that governs the Church of the Holy Sepulchre. Not that this is unusual anywhere, among the followers of any religion, sad to say. Belief in God, in the sacredness of human life, in a moral order that answers to the will of God — these are huge assumptions the religions share. We ought to respect one another on this basis, rather than discrediting religion altogether by seeing every difference as a provocation.

I am in situations often where I am asked to make a case for religion. Science is no problem, secularization is no problem. The bad behavior of religious people using religion as a pretext is an overwhelming problem.

August 1, 2014
The Meaning of the Peace Isn't Exactly Fellowship
Next Post

August 4, 2014 Leo XIII and the Dirty Picture
Recent Comments
0 | Leave a Comment
"You haven't given anything -- no more than you "give" to thieves -- unless you ..."
Daniel P Ayn Rand’s Onion
"With respect, you don't know what you are talking about. You want to say Rand, ..."
BTP Ayn Rand’s Onion
"I don't think you are being accurate. Ballpark: about half of Federal taxes are mandatory ..."
BTP Ayn Rand’s Onion
"Surplus population, that is, population in excess of employable labor, obviously does make the economy ..."
Theodore Seeber Ayn Rand’s Onion
Browse Our Archives
get the latest from
Catholic
Sign up for our newsletter
POPULAR AT PATHEOS Catholic
1 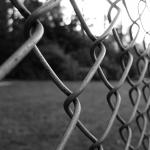 GraceLife Church, Civil Disobedience & the Christian Persecution...
It is well passed the one-year anniversary of our 2-week lockdown here...

Book Em, Dano on Your Reading List: March...
Another month has gone by in 2021, and here are some more...
view all Catholic blogs
What Are Your Thoughts?leave a comment
Copyright 2008-2021, Patheos. All rights reserved.