Digging out of the #MeToo Era Is Going to Be Impossible Without Jesus October 1, 2018 David Rupert

The names keep rolling through my news feed. Bill Cosby is in jail. Bill Hybels is out as pastor of Willow Creek. Les Moonves lost his job as head of CBS.

Rape. Mistreatment. Inequity. It’s all being exposed. People in politics – on both sides of the aisles – are being accused of harassment. Entertainment has seen its icons topple. Business leaders are falling. Media talking heads are being outed. I even found a list of every public person who has been accused. It’s in the hundreds.

It’s cascading down to state and local governments.  Leaders left and right are having to defend the indefensible.  I’m certain every business of any consequence is reviewing their policies and procedure.

A candidate for the Supreme Court has been accused of groping a fellow teen while he was 17 and it’s convulsing a nation.

It’s rocking the world, with #MeToo movements springing forth in dozens of other countries such as Saudi Arabia, China, India,  and Russia.

While I’m shocked as a man, most women are not. The #MeToo isn’t just a cute hashtag — it’s a cultural indictment.

This discussion and discovery is painful. Like digging out a tumor, it hurts all of us. But in the end, I hope it will be good for women, allowing them to have a voice and advancing the need for respect. And my prayer is that these days will help us reset the model of how we treat each other.

But it has to be more than just men behaving better. This wapred model of relationships saturates our society.
Embed from Getty Images

We don’t want to blame ourselves for our own problems, so some of you won’t like this.

The problem with today’s sexualized culture is that you can’t have it both ways. You can’t make movies that press every boundary of sexuality and then complain about a world that follows that example. Look at the bullies on TV and the movies. Is it any surprise that they are emulated?

You can’t have magazines and TV shows and entertainment in every fashion that reinforces sex without meaning and then be shocked when people have meaningless sexual banter.

You can’t parade misogynists through the music awards shows, draped in half-naked women and expect men not to take that ideal of “success” and not objectify women.

You can’t push a standard for beauty that is unattainable for most women and then be shocked when men seek it out.

You can’t vote and promote politicians who are groping by night and yet somehow by day they support “your side.”

The healing for our nation, for our culture, is the Christian model for living, those ancient words that seem to lurk over this whole situation.

I half expect Jesus to pop up and say, “See. I told you so!”

The Jesus Answer to our Culture

The New Testament offers a startling pro-woman approach, especially for the day and culture it was written. The Romans believed women to be property to be used and rarely even tolerated. In stark contrast, the words of Jesus and his followers elevated women to equality and worthy of respect.

Who was the first person Jesus appeared after his resurrection? A woman. The Apostle Paul shocked the establishment, admonishing men to defend their wives and to love them – even as Christ loved the church.

There will be some who stand on the fence and point out those who have failed – the Christian icons who have been toppled. By the time this is published there will be more who fall, tripping on their past and haunted by their present.

Or maybe you are reading these words and you’ve been abused by a counselor or a leader or a pastor or someone you admired. Someone who spoke about faith and morals and yet failed to live up to them. On behalf of their failure, I apologize, and I wish you healing and peace.

But failure to follow doesn’t mean the standard is wrong. If everyone is pushing 65 on the freeway that doesn’t’ mean that 55 isn’t the best speed. And if an off-duty cop pushes 70, it doesn’t negate the standard.

Women are Important to the Modern Church

Jesus modeled how to treat women and that is reflected in Christianity’s teachings. Ultimately, he went to the cross for women — our daughters, our wives, our mothers, our sisters.

And ever since that day,  God seems first move in the hearts of women as they enact cultural change in their families, communities and churches.

How many men have come home to hear the voice of God coming through their wives? And they know it. God’s conscience is often spoken through the women in our lives. Every serious man knows this to be true. They listen and hear, and we better pay attention.

As a culture we are going through a serious, tough analysis of who we are. This opens up many raw memories for women as they have to recount the dignity they’ve lost.  But we offer hope and a chance at restoration of relationship.

But as you look at what culture has to offer – with its power, pride and position – it pales in comparison to way of Jesus. 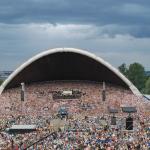 September 25, 2018
This Nation Found a Cure for Dysfunction -- They Sing
Next Post 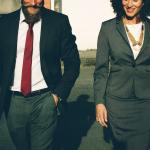 October 5, 2018 Casual Friday - Do I Need to Loosen Up?
Recent Comments
0 | Leave a Comment
Browse Our Archives
get the latest updates from
David Rupert
and the Patheos
Evangelical
Channel
POPULAR AT PATHEOS Evangelical
1

What I Learned from Designing Women...
Anxious Bench
Related posts from David Rupert 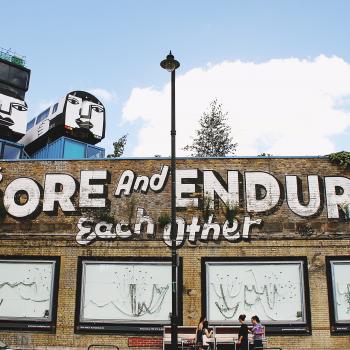 Evangelical
Male and Female He Made Us – Thriving...
David Rupert 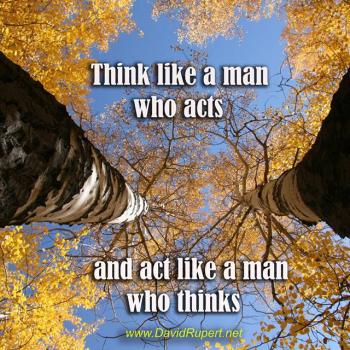 Evangelical
Respect For Women? Culture Can’t Have It Both...
David Rupert 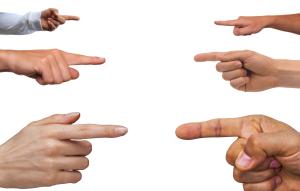