Does your life have impact? Become a person of the dash

Does your life have impact? Become a person of the dash February 15, 2021 David Rupert

The simple grave marker is all that most people will ever know about John Harper. It’s a simple testament to a a 64-year old man who was born and who died.

It should provoke questions.

What kind of life did he lead? Was he simply a victim of circumstance to be commemorated only with a cold piece of stone? What on that tombstone could he have changed?

And the date of death was almost certainly the result of some external forceBut the one thing on that tombstone of John Harper — and billions of others like him could control — was the dash. The dash that represents the years between the birthday and the death day.

The dash represents a life lived.

Beyond your own life

John Harper was my grandfather. He died when I was nine, so my memories of him are dim. He didn’t leave us a cent. But I see the way he impacted my mother who impacted her children and by God’s grace, we are impacting others.  John Harper was a merchant marine and was a salty sailer. But he had a simple faith. I still have the plaque that hung in his kitchen. “Jesus never fails.” 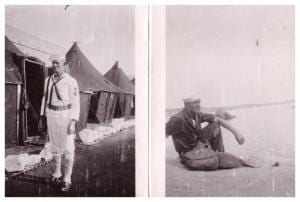 We need to be a people of the dash – not being trapped by the prison of circumstance or birth or events or even death.

Maybe you were born poor.
Or were raised in a house without love.
Maybe you are a minority.
Or suffer from a disability.

You cannot choose these things. So quit fretting over the things that you have no control.

Instead, live for the dash. These precious moments that God has given you to do something for His glory.

We need to begin making a difference in our neighborhoods, our schools, and our workplaces. 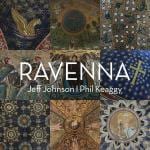 February 3, 2021
We all need this kind of music right now – Phil Keaggy and Jeff Johnson calmly call us back home.
Next Post