How Many Evangelicals are there in the World? Where are They?

Watching the current denigration of Evangelicals (and Catholics too) in the modern news cycle is irritating, and yet mildly entertaining.

For years – even decades – they’ve cited numbers about church attendance, lack of belief, and wayward leadership.

But on the ground, that’s not true. Evangelicals aren’t dying. Every church I have been to in the last 20 years has been healthy, thriving and growing. The sheer number of young families in churches is a sign that the life-changing message of Jesus still resonates.

The question is, “How many evangelicals are there in the world?”

What is an Evangelical?

In order to get to a defined number, you will need to define exactly how to count an Evangelical. But Evangelicals don’t have a home office or a Pope or a central figure that easily define the group. It spans cultures, denominations, and continents.

Jonathan Merrit writing for the Atlantic puts it best. “Because they span a range of denominations, churches, and organizations, there is no single membership statement to delineate identity. As a result, individual observers are left to decide how to define what makes someone or something evangelical. To the pollster, it is a sociological term. To the pastor, it is a denominational or doctrinal term.”

And unfortunately, some politicians and media sources have used it as a broad racial classification, slurring white Republicans.

“Evangelicals are people of faith and should be defined by their beliefs, not by their politics or race,” said National Association of Evangelicals (NAE) President Leith Anderson

It’s surprise to some but Evangelicals are not marked by what party they vote for.  Most African Americans count as Evangelicals, but they tend to vote differently than their white brothers and sisters. Voting trends are less about allegiance and more a sign of what the other party offers in terms of culture, life, and morality.

According to the National Association of Evangelicals, the definition goes something like this:

“Evangelicals take the Bible seriously and believe in Jesus Christ as Savior and Lord. The term “evangelical” comes from the Greek word euangelion, meaning “the good news” or the “gospel.” Thus, the evangelical faith focuses on the “good news” of salvation brought to sinners by Jesus Christ.

Elected leaders, media, universities, and culture are doing all they can to discredit U.S. Evangelicals. You hear it in the news every day. Hilariously they try to point to examples such as Donald Trump (an old-school Presbyterian), Clarence Thomas, (a Catholic) as “evidence” that Evangelicals are on a diabolical mission to take over the nation.

The US government, a  “Federal constitutional representative democracy” is kind to Evangelicals – and frankly, everyone else, thumbing its nose at the expert class, the bureaucratic state, and the mob rule. So, when the courts affirm the Constitution, it’s a win for believers and nonbelievers alike.

Because the US at its best allows for freedom of thought, expression and worship is the reason Evangelicals have thrived in the US, with about 1/3 of all Americans identifying as such. This equates to about 100 million people according to a study by Wheaton College.

Gallup asked the same question, and their survey says 37% of respondents called themselves “born again” or “evangelical.”

But the sheer number means this group has a larger influence in cultural issues, which horrifies mainline churchgoers in Europe who don’t necessarily translate their faith into the public sphere.

So, how many evangelicals are there in the world?

With all the local sparring, it’s easy to forget that Christianity is a global faith – and its growing.

Approximately 2.38 billion people practice some form of Christianity globally. This means that about one-third of the world’s total population is Christian. Catholics, Eastern Orthodox, Evangelicals, and Pentecostals all have huge chunks of that number.

When it comes to counting Evangelicals, Operation World estimates the number at 545.9 million, which makes for 7.9 percent of the world’s population.

Gordon Conwell University cites the World Christian Encyclopedia and says 386 million Evangelicals exist around the world – an increase from 112 million estimated in 1970.

French researcher Sebastien Fath says there are 660 million evangelicals in the world. This represents about 26% of the 2.5 billion Christians on the planet. This number is based on research gained from 25 academic titles , all published in 2019.

Africa has 185 million Evangelicals, including:

South America has, according to estimates, 123 million evangelicals, including:

I remember growing up in church and listening to missionary’s tales about their journeys to Africa. The seeds they planted seemed fraught with trouble and trial. The results seemed far and few between.

But now, Africa is where the majority of growth is occurring. By 2050, nearly 1.3 Christians will live in Africa.

Gordon Conwell Theological Seminary published a Status of Global Christianity report which reminds us that both Africa and Latin America have more Christians than Europe. Currently, almost 640 million Christians live in Africa and 604 million in Asia, while 544 million call Europe home.

Nearly 8 in 10 Evangelicals live in the Southern half of the globe –Africa and South America.

Atheism on the decline

I think it’s most interesting that despite the trumpeting of the “nones” and the loud voices of those who espouse no belief in God, their numbers are falling. There are fewer atheists around the world now (147 million) than there were in 1970 (165 million). This contrasts with Christianity growing at a 1.1 annual rate.

Less about numbers, more about the heart

For decades now, news media have been crowing about the declining influence of Evangelicals. Prognosticators have been finding new ways to scorn the adherents of a message of forgiveness, love, and grace exhibited by Christ.

It’s not a surprise, as Jesus said this would happen – that we would be despised for following Him. “They hated me first and now they will hate you.” The fact that He demands sole dedication intersects with those who want to follow the gods of politics, government, and the environment

As we all know, faith can’t be measured by a poll or a bar chart. It’s hard.

Obviously not all of those who self-identify as Evangelical go to church or even follow biblical tenants – yet still they count in the charts. But they might not count where it means most – on the Final Day.

That’s what an Evangelical does. They allow Christ to change their lives and then they live it out. 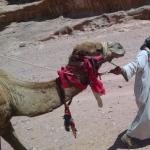