This post contains some interesting news about the maddening middle east. It’s intriguing, and something I’ve wrestled with for months. I don’t write these words lightly. I would love to hear your reaction, as it has impacted me to the very core.

Until recently, the Nineveh Plains of Iraq was home to one of the most concentrated areas of Christians in the Middle East.

However, the displacement of more than 200,000 Christians from Mosul, Arbel and Dohuk and other areas on the Nineveh Plains has left this area with hardly a believer in Christ. Most have not returned – nor will they ever.  During the Daesh occupation, they have destroyed about 45 churches, monasteries, and cemeteries. Some have even been converted into mosques.

These terrorists have also systematically destroyed Assyrian cultural heritage sites. They destroyed the city of Nimrud, ruined artifacts from the Mosul museum and other archaeological sites. They declared these ancient collections blasphemous and idolatrous.

In an interesting move in light of prophecy, ISIS destroyed the last remaining walls of the ancient cities of Nineveh. The ruins of the city of Nineveh were protected as a UNESCO World Heritage Site. But they’ve been pummeled by Daesh.

Ironically, they also destroyed the tomb of Jonah.

If you don’t know, Iraq is home to the Nineveh Plains.

The region lies to the north and east of the city of Mosul. Included in the area are the ruins of the cities of the Assyrian cities of Nimrod, where the Tower of Babel once stood, and Nineveh.

Nineveh was once an amazing city, the impressive capital of the Assyrian empire for more than 2,600 years. For a while, it was the most influential city in the world.  It was first mentioned in Genesis again in Isaiah, Zephaniah, Nahum, Matthew and Luke.

Most famously, Jonah was sent by God to warn the city – and call it to repentance. At the time, the city had a population of 120,000 which took three days for Jonah to zig-zag by foot.

Jonah wasn’t keen on preaching to the Ninevites and it took a three-day adventure in the belly of a whale to convince him. But preach he did and he was surprised, even a little disappointed, that they repented.

They repented, but that didn’t last

The repentant people held their hearts for about 150 years, but then turned to corruption again. The prophet Nahum began speaking out against them. Only this time, there was no obvious repentance clause. There wasn’t an “If-then” scenario. His warning said that ruin and utter desolation would come against it. The only salvation for anyone who would hear was to depart the city.

We love turn around stories. We admire people who can fix their lives and make something good. But the punishment on this land would be great – and forever.

In Chapter 3.9, Nahum wrote this. “Nothing can heal your wound; your injury is fatal.”

In 612 B.C., just two years after Nahum’s prophecy, the Babylonians would sweep through, making the prophetic words true. The city would never again have a prominent role.

For about 600 years the Babylonians ruled the area until they were defeated by the Romans. Then, when Rome fell the Jews escaped to this land. And soon, Christian missionaries began to reach out to them and great conversions occurred

Is a destruction still coming?

I find one thing in the account of Nahum quite interesting. In Chapter 1.8, he says ”but with an overwhelming flood he will make an end of Nineveh.”

Tradition says part of the Tigris River flooded and breached the city wall, helping lead the Babylonians to victory. But this doesn’t quite seem like the “overwhelming flood” Nahum spoke of.  I wonder – is this a prophecy yet to be fulfilled?

According to the Army Corp of Engineers, the Mosul Dam in northern Iraq is the most dangerous dam in the world. And this assessment was issued before Daesh seized the dam in the summer of 2014. Coalition forces took it back, but not before it was stripped of all maintenance and monitoring equipment.

The dam is made largely of earth and sits on soft mineral foundations, easily dissolved by water.

The Department of State says a collapse would put Mosul under 65 feet of water and kill 500,000 people.

Is it possible that all of this shuffling of people — the terrible removal of God’s elect from the ancient land — part of the big picture. Are they being spared the destruction of the land? Similar to the rescue of Noah and his family, is this terrible refugee crisis really a huge effort to save the righteous?

Refugees are no longer on our minds

The European Union has (finally) declared the Daesh-led persecution and killing of Christians and Yazidis, and other religious and ethnic minorities as “Genocide.”

So, what this should mean is that those people who are fleeing should be elevated from mere economic refugees to asylum seekers. They should go to the front of the line.

To say refugees are yesterday’s news is a sad commentary on our culture. But with the news cycle, they are on to something else. But the refugees are still not settled. They are stuck. If you need proof, I’ve told dozens of these stories in the last few months.

But I want to encourage you to put them back in your minds.

Think about your faith — whatever it might be — and if you were driven from your home because of the cross on your neck, the way you pray, the god you choose, or the faith you have — or don’t have.

What if you had to leave…everything? 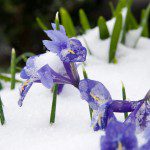 February 2, 2016
Groundhog Day: What's next for your life?
Next Post

February 10, 2016 Iraqi refugee dreams of home. And her name is a reminder.
Recent Comments
0 | Leave a Comment
Browse Our Archives
Related posts from David Rupert

Evangelical
On the ground: She hears the voices of...
David Rupert
TRENDING AT PATHEOS Evangelical