The dots on the map are growing. Like magnets, people are clumping together, ready to #Resist. They are plotting out days to march, to stand, to protest.

The stage is set for a Summer to remember. The 2017 season will be a long one, as these peaceful protests will grow increasingly violent. The rallies will turn into demonstrations and then into riots. Mark my words.

There will be a shooting by a madman and we will be collectively outraged.

There will be unequal treatment against an innocent somewhere and because of social media it will gain wide notoriety.

There will be an injustice and we will all know about it and the broad brushes will come out.

#Resist is ready and mobilized.

They started with the Trump presidency. Then it picked up steam with his cabinet picks. And most recently the executive order for a temporary refugee ban.

While America embraces activism, and even encourages it from our earliest days, what is the role of the Christian in this modern movement. Should we join in, or sit on the sidelines? I say, let’s follow Jesus’ lead.

The Bible as a hammer, a sickle

There is much angst today. When so much energy and money and emotion is spent on selecting leaders, then it’s natural that a large segment of society will be frustrated. But our current state of activism is fostering a militant society that is hurtling towards chaos, even civil war.

I am increasing seeing the Old and New Testament used to stir the masses, hoping to rally new troops around the cross that is suddenly taking center stage among the irreligious. They shout, “Remember the least of these,” pulling words from  the Sermon on the Mount and then plastering them on the Hill of Socialism.

The Isaiah prophecy that the Messiah would be “bringing good news to the poor, proclaiming release to the captives and recovery of sight to the blind, letting the oppressed go free,” is parlaying into dismantling democratic rule.

In Luke 4, Jesus quoted this prophecy and then applied it to Himself — “Today this scripture has been fulfilled in your hearing.”

The good news. The captive release. The sight recovered. The freeing of the oppressed. All of these are found in Him – not in government dictate.In other words, There is no justice without Jesus.

Taking a Scripture and twisting its fulfillment to a social cause without personal change is missing the point.

One cannot recite Biblical injunctions for Spiritual restoration and overlay them on a government or a human society – especially when the Resistor has no desire for personal transformation.

So I’m wondering, would Jesus resist?

What Would Jesus #Resist?

Give me a few seconds for a brief history lesson. Jesus was plopped right in the middle of his own social and political upheaval. The First- century Roman Empire was no cake walk – especially in Israel. The Jews were less than happy that their way of life was merely tolerated by the Romans.  So they had an uneasy relationship, forged through the power of the sword and tempered by the ruling religious class.

But boiling underneath was a movement among the Jews to overthrow the Romans. This was an early #Resist movement, circa AD  30. The Zealots were eager to incite the masses to cast out these foreign powers, seeing this their role as a moral imperative.  Later, the Zealots would take the leading role in the First Jewish–Roman War.

Everywhere Jesus went, the Zealots tried to bring Jesus onto team #Resist, hoping He would do their bidding. They had been looking for the Messiah – or at least a messiah figure — who could articulate the vision and help spur the revolt.

In fact, one of Jesus’ disciples was Simon the Zealot, a member of this fourth sect. There had to be many conversations over kingdoms and chance.  So I’m sure, at every turn, there was this disciple, whispering in Jesus ear. “#Resist. Overthrow. Stand up.”

When the thousands surrounded Jesus, he could have, with just a few words, started the Resistance.  Remember when he fed the 5,000, the people sensed the power of this man.

“Surely this is the Prophet who is to come into the world,” they said.

But Jesus would have none of that. “Knowing that they intended to come and make him king by force, withdrew again to a mountain by himself. “

When he had the chance, he chose not to resist. And I don’t think he would do so today.

Some would say he was given to anarchy, a true disrupter.  But again, when given the chance, he looked the other way. “Give to God what is God’s and to Caesar what is Caesar’s“.

He negated the authority, instead leaning on a heavenly hierarchy.

Over and again, he kept pushing people to quit focusing on what was in front of them, the political messages of the day. “Don’t concern yourselves with these matters.  Be not of this world.”

When he was face to face with Pilate, a pompous ruler if there ever was one, he said this:

“My kingdom is not of this world. If my kingdom were of this world, my servants would have been fighting, that I might not be delivered over to the Jews.”

He knew the power he had. He could have Resisted, but the struggle is not against earthly kingdoms. He had his eyes and his passion on another kingdom – and so should we.

Keeping Christianity out of Politics

I understand the concern over a Trump presidency. I get it.

​The serious Christians in my circles aren’t rushing to call him ‘brother’. He doesn’t even talk the game very well, calling us “nice, religious people.” So, I don’t expect him to share our values. And to be honest, the same could be said of Obama. Most didn’t see him as a Christian, however he was just a better actor.

If you have true “moral outrage” it should be devoid of political affiliation.

It is interesting that the same people who laughed and mocked a Moral Majority, telling Christians that they had no business sticking their nose in politics are the same ones who have suddenly found religion and are invoking the name of Jesus to blanket every socialist cause.

I have long told the ​Right not to use Jesus as a stick to bludgeon America.  For Christians who want to wrap themselves in the current administration, there is great danger ahead. I don’t think Jesus is really into that kind of activism either.

And I say the same to the Left – please keep my Lord out of politics.

FOOTNOTE ON THE REFUGEE BAN:
I don’t agree with how the executive order was carried out. It was too broad and swept up too many innocents. But I have to wonder, where was all the passion when Christians were being butchered in Iraq and Syria? Where was the outcry for refugees then? ( If you don’t know, I visited the region and wrote these stories, among others –Here, Here,  Here, Here) 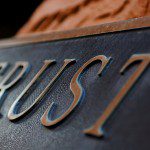 Evangelical
How real is your your fear of failure?
David Rupert

Evangelical
When moving up can drag you down
David Rupert

Evangelical
Are you afraid to tell others that you...
David Rupert
TRENDING AT PATHEOS Evangelical