When your child leaves home, you both have to grow up

When your child leaves home, you both have to grow up August 1, 2017 David Rupert

I walked into his room it seemed like there was a little less oxygen.

There was a cereal bowl in the corner of the room. And a single sock hung over the chair like a surrender flag. A tattered Michael Jordan poster hung on the wall.

He was gone.  The boy-man was now well on his way to becoming a man-boy. Our first born son – the one who carried my name as his middle name – was off to basic training.

I thought about changes and all the seminars I had taught and articles I had written about the inevitability of change. “Be ready. It’s a constant. Get used to it.” All of that advice seemed hollow now that the change had come to my home.

He had boxed his valued treasures that would follow him after his training was complete in a year. The rest of the stuff, he didn’t care about and told us “just get rid of it.”

I couldn’t resist looking through the box of possessions he left behind. I pulled out his stuffed bear, Fred. He got him when he got a tonsillectomy. He marched into the hospital, chin high, face resolute. “No big deal.” But he clung to that bear afterwards.  Fred got a reprieve – he was going to stay in this home.

And then there books. All the Star War series, written for juveniles. It was the stuff that fueled his young mind and now he was off to serve his nation, controlling satellites, those rotating orbs just beyond the earth’s atmosphere. My son, who stuck his arms like wings while aloft on my shoulders, making sputtering sounds like a 1920 pilot.

He left behind his Children’s Picture Bible and imagined those days he climbed on my lap, turning the pages faster than I could read the few words. I read. He listened and fell asleep. And when he got a little older, he read and I fell asleep.

Amazing how the tables turned and how they are turning.

I wonder if this is how my parents’ felt. From birth, to infant care when every need had to be given by the parent. And then to adolescence and to teen, when nothing I said was wise or right. To today, when the phone lights up with his picture and his number and my day is made better.

I always look back on that day, marking it as the day he grew up.

Or maybe it was me that did the growing. 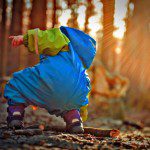 July 24, 2017
The Toys of Summer (This simplicity is all any kid needs)
Next Post 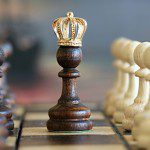 Steven Furtick is the Most Dangerous...
The Chorus In The Chaos
Related posts from David Rupert

Evangelical
Moving Past Regret: How to Fix a Painful...
David Rupert
TRENDING AT PATHEOS Evangelical

Why I No Longer Speak French: A Response...
I confess I have a hard time these days knowing where David...
view all Evangelical blogs
What Are Your Thoughts?leave a comment
Copyright 2008-2021, Patheos. All rights reserved.