As Men, We Honor the Flag. Are We Willing to Defend the Honor of Women?

They are all labeled “great men” in their own right if you are looking merely at influence, power and wealth. But they are shameful icons of the treatment of women.

Many of us are secretly hoping for a political thread through these names, a denominator that we can wave and shove in the faces of our opposition.

The latest newsmaker, Harvey Weinstein was a generous donor to causes and especially to Democratic candidates. But this isn’t a political story. This is a human story.

We need to quit idolizing the men who do this, looking the other way, and ignoring this kind of behavior. As men, we need to defend our women. This is both a human imperative and a godly calling.

The revelations of one of Hollywood’s main power brokers using his influence to manipulate women is rolling through the ranks of the elite. Harvey Weinstein producer is now Harvey Weinstein the predator. Suddenly the once popular star-maker is persona non-grata. He has spent most of his life surrounded by stars, media and the limelight. Now he juggles lawyers, public relations firms, and handlers hoping for a break from the bad news that just won’t stop.

Over the coming weeks more women will no doubt step forward. Emboldened by the voices of others, they will have the courage to say that yes, they too were victims.

We saw this with Bill Cosby, America’s dad. The man who made us laugh. The man who broke down so many racial divides. The man who seemed so genuine. He was a fraud, drugging dozens of women throughout the years, using his aw shucks nature to lure women to his bed.

And Bill O’Reilly, the top rated cable show host and firebrand of conservatives was fired after a half dozen women came forward claiming sexual harassment. No matter how true his opinions might be in your mind, you cannot escape the fact that his “talking points memo” left off a few vital details.

Another Bill – Clinton – had more than his share of dalliances. At least three women accused him of unwanted sexual advances. Another five, including White House intern Monica Lewinsky, said they had had consensual affairs with him. Clinton was impeached on charges of lying about the Lewinsky affair before a grand jury and of obstruction of justice. And still women’s groups fawn over him, his charm and appeal to their causes.

And our current president, Donald Trump, has also used his position, fame and money to lure in women. Unlike some of the others, his has been less hidden, as he has openly called women names, demeaning them in one comment and action after another. Yet men and women both are forgetting all of that as long as America is “great again.”

Can we really separate the man from the method?

You see, there is no politics when it comes to this kind of abuse. It crosses all lines. We so desperately want to shine the light on this kind of behavior and make it a “left-right” issue, but we can’t. It’s a “Wrong” issue.

In all of these cases, I think it’s impossible to stand for the man when they won’t stand for the women in their life. How many of us voted for Bill Clinton or Donald Trump, knowing this was going on behind the scenes. “I don’t condone that behavior, but I sure like their political stands.”

We can’t applaud the art, laugh at the jokes, pay for the entertainment.

Jesus was a prominent defender of women’s rights in his culture. Don’t believe me? Read it for yourself.

His interactions with women were culture tweaking. He spoke to them openly and as equals. A former prostitute was given full equality. He treated his mother with tenderness. His most amazing miracle, his resurrection, was first told to women who had the privilege to be the first to spread the news.

Of all the major faiths, Christianty teaches men to treat women as God sees them. Jesus broke all the rules of the day. He forbade the hierarchy of the day, giving equality to all men…and women.

He went to the cross for women — our daughters, our wives, our mothers, our sisters.

I am stunned that major political parties and even women’s rights groups promote and defend Islam, which demeans women to the core. Many groups were applauding Saudi Arabia’s recent decision to allow their women to drive. “How progressive!”

Can we drop our politics, just for a moment, to talk about our shared humanity?

Every woman, no matter how strong and independent she is, admires the man who will stand up to defend the honor, the femininity, and the uniqueness of the woman in his life. 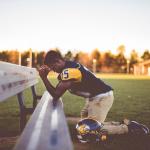 October 9, 2017
Dear Christian: Stand for the Flag, But Please Don’t Worship It
Next Post 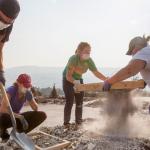