Sifting through the ash wasn’t pleasant. The smell of scorched earth permeated everything. It was dirty, the soot of incinerated dreams was everywhere. And it was sad beyond emotion. But helping her friend dig in this ashen wasteland of a burned home changed her life.

My friend from high school, Carina,  lived in a home that was one of those threatened by the Angora Fire, an aggressive mountain blaze at Lake Tahoe that ten years ago took out 242 residences and 67 commercial structures, and damaged 35 other homes. Every other home around Carina’s was destroyed, reduced to smoldering heaps of grey.  She stood with her next-door neighbor, gazing at her still-standing fireplace, an ironic tribute to the blaze that evicted the residents who lived in this beautiful forested neighborhood.

Although Carina’s home was still standing, she wasn’t content to bask in her good fortune. She and her husband Scott went to work.

Scott, a cabinet maker, fashioned a couple of frames, mitered them and put a heavy-duty screen in the middle. It was lightweight, yet durable enough for the task.

Carina and friends scooped up the ash looking for any fragments from the homes that could be spared. They found various odds and ends, fragments of a lifetime. Amazingly, her neighbor found her grandmother’s china, untouched and still in perfect condition. And then a round hard object got caught in Carina’s improvised screen. She blew the ash off the item to find a gold band. It was her friend’s wedding ring.

Just a few weeks after the perennials began popping their heads up through the soul, pushing away the blackened stems with new life. The neighbors dug the perennials and repotted them in 100’s of gallon pots. They later replanted them in front of the rebuilt homes. “It was like miracles in the ashes,” said Carina.

This has been a tough season hasn’t it? Three major hurricanes which struck Texas, Florida and Puerto Rico. And then the Las Vegas shooting. You’re tapped out on caring. I get it. I’ve been there.

But what if it were you on the end of the line, the last in a long string of disaster and no one cared?

The California Fires are poorly named. Someone dubbed them the Wine Country Fires, making the disaster sound like it only affects the aristocrat, employing the same kind of emotion that a Wall Street Flood or a Malibu Earthquake or a Manhattan Tornado (yes, this is possible in Manhattan, KS) might.

But this isn’t just impacting the rich. Thousands of middle class and poor people are affected,  as well as scores of immigrant workers.

Let’s look at a couple of facts:

Searchers are still finding victims of the fire. One man was identified only through the serial number on his hip replacement. These are not wealthy wine barons. These are your grandparents, your neighbors, your friends.

Let’s talk about helping people – Here’s what you can do.

Compassion doesn’t depend on anyone else. So around here we don’t talk about disaster zones, government response or anything else. We will just do.

Carina is headed into the area, armed with 10 screens that her husband and her constructed. She’s going to help people in any way possible. She wants to help stranger dig out their ashes. Or help The Red Cross sort donations, so the victims can come find needed items easily, or help with caring and feeding homeless and orphaned animals.

There’ something beautiful about helping someone dig through the ashes of their life, to help them find some identity of who they are. And to stand side by side with a friend – or a stranger – in this moment can be powerful.

I’m talking about fires. But it applies to every other disaster in life too. We rush in when others are hurting.

Carina has inspired me to do the same. And I hope it will inspire you too.

The burned-out areas in California are closed to even residents. And it will be a few days before they can get in. The National Guard will be watching out for looters, so we can’t just march in with our screens and face masks. We’re working out the details of the assistance and I’m convinced we’ll have those smoothed out soon.

Please consider helping. If you want to join in this #MiraclesInTheAshes Brigade send me a note here and we’ll enlist you in the effort.  Many hands make light work.

If you’re a craftsman, we’ll send you the plans for these screens and ways to get them to people who want and need them. 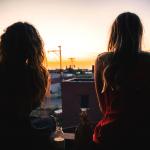 October 13, 2017
As Men, We Honor the Flag. Are We Willing to Defend the Honor of Women?
Next Post 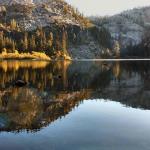 October 26, 2017 What's the Point of All of This Contention and Worry?
Recent Comments
0 | Leave a Comment
Browse Our Archives
Follow Us!