Straight Lines: Why Order Matters in a Crazy World

He used a device on a tripod and I had no idea how in the world it worked.

That was his department. And someone else was hauling the fence posts. Someone else was mixing concrete. My job was to dig the holes centered where the stakes had been meticulously placed.

Digging holes isn’t precise work. There are hidden rocks, impacted pockets of soil, and tree roots to work around. Still, the hold needed to be centered. I groused and grumbled at the constant instructions to center my digging, but the task at hand pushed me to fight through the heat, sweat dripping down my brow and down the spine of my back.

It was just a summer job – one of those jobs you take to put gas in the car and to take a girl out for a movie. It wasn’t meant to teach life lessons or give insight into the meaning of life.

Once that fence was erected it was perfect. The boss stood at the end of the fence, one eye closed as he gazed down the boards and gave a hearty thumbs up.  We all stood to the side, covered in dirt and flecks of concrete, picking splinters out of our hands. Beaming, we slapped each other on the head and shook hands.

It was a job well done.

The world runs on order

I eventually moved from construction to administration. In the years before computer storage, we had file cabinets – rows of them. And there was a system of filing that was akin to the filing system in a library. It wasn’t really alphabetical, but broken down into categories. A sloppily-filed piece of paper meant hours of delay and stern rebukes from the manager.

The best societies are those with a rule of law, a central bank, and an solid education system. Look at every nation in the world that is dysfunctional and you’ll one or more of those items in crisis. This isn’t just a lucky coincidence. It’s the order of God. When he took the chaotic earth, formless, void and troubled and put order into the system, it blossomed with life.  That’s no coincidence.

Who really wants a world of chaos?

I’m the farthest person from a Type A personality.  I don’t’ wear my seatbelt. I find plenty of shortcuts and as a creative person, it’s my job to push against the boundaries. But I still understand the need for lines and I must learn to respect them.

I don’t always like rules of society, at work, or in my faith. But they are there to keep structure and to keep our silly human ways from wandering.

He’s not the God of confusion. And that’s gives me hope, because left to my own devices, it would be CRAZY around here. 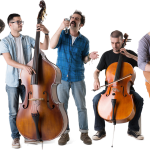 June 8, 2017 Don’t Waste Your Trial: 6 Truths That Can Change Your Life
Recent Comments
0 | Leave a Comment
Browse Our Archives
Follow Us!

Moving Beyond Relational Martyrdom to Relational Wholeness
Have you ever heard the phrase “relational martyrdom ”? Well, I hadn’t,...
view all Evangelical blogs
What Are Your Thoughts?leave a comment
Copyright 2008-2017, Patheos. All rights reserved.