I am writing these words from the shores of the Dead Sea where I am closing out an amazing 10-day trek across Jordan with a dozen other faith writers. For some of us, we hoped to gain some inspiration. A few were here to see the sights. Others were looking for a pilgrimage, a way to connect with the roots of their faith.

It’s an amazing place to do it all. While Israel has places associated with Christ’s birth and final days, Jordan boasts so many biblical ties it’s called The Other Holy Land. In just a few days you can see Mt. Nebo, where Moses gazed into the promised land and was later buried, the hillside where Jesus cast the demons into the swine, the baptismal site of Jesus by John the Baptist, and the Herodian castle that later served as the place where the prophet’s head was served as a gift to Siloam’s mother.

And that doesn’t count the fabulous Wadi Rum desert, full of Bedouin charm, Petra, the necropolis city, and the Dead Sea.

Our visit could have been a typical tourist venture. You know the kind. The driver pulls up to the site and all the people pile out of the bus camera’s in hand. They point and shoot, ooh and awe, take a few selfies, and then pile back in. 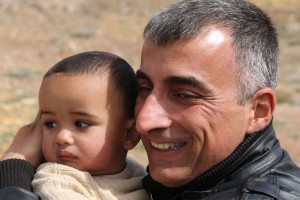 But Raed Haddad hasn’t let us get away with this kind of trek. “Now you’ll see some stones here, but before that was a magnificent city that Jesus entered. He was preaching, teaching, and healing. But most of all, he was moving the people’s hearts. It all started in the Old Testament…”

Raed has been a tour guide for 21 years and he’s a natural. He has a heart for his country and loves his people. “This is the birthplace of faith,” he reminds us. “The Holy Land wasn’t defined by nation’s boundaries as much as it was by tribes.”

But what comes out in every conversation is his heart for his faith.

“I cannot separate my faith from what I do,” he admits. “If God is true, He must be in and about everything. That includes my work.”

The country has both a spoken and unspoken tolerance and even acceptance of minority faith groups. Christians are guaranteed a certain number of Parliamentary positions and Christian heritage sites are particularly guarded with pride. It’s a completely safe place for the Christian tourist and resident.

But let’s be honest. Jordan is a predominately Muslim country. The government claims 3-5 percent of the population is Christian, although those on the ground claim a much lower figure. Regardless, those profess Jesus are a decided minority.

So being a Christian here isn’t easy. Speaking boldly about your faith is a great challenge. “Standing up for my faith has cost me friends,” said Raed. “Some of my friend will want me to lie or deceive on their behalf. I won’t do it. I’ve lost friends, but God has gained me respect in return.”

He has lost work too. Raed has been dropped by some tour companies because of his emphasis on faith. “How can you show people the land of the Bible and just talk about geography? They ask me to tone down my love for the Bible and for God and I won’t do it. I can’t.”

How does he get through it? “Don’t be distracted. Don’t be hurt,” he implores. “If you focus on your wound, it will never heal. Even when people shut the door in your face, he’ll open many others.”

We are all tour guides

As believers in this world, it’s our job to show others God’s wonders and truths. People drive right past the amazing things of God every day – missing out on the eternity for the sake of the temporal. Like lonely scenic overlooks, the freeways are full of people who don’t know where they are going, but are making great time.

Am I a tour guide for my faith?

One thing we can be sure of – if we do it right, we will be despised and detested for His name’s sake. That’s a promise. Many of our brothers and sisters across the globe are paying the ultimate sacrifice. 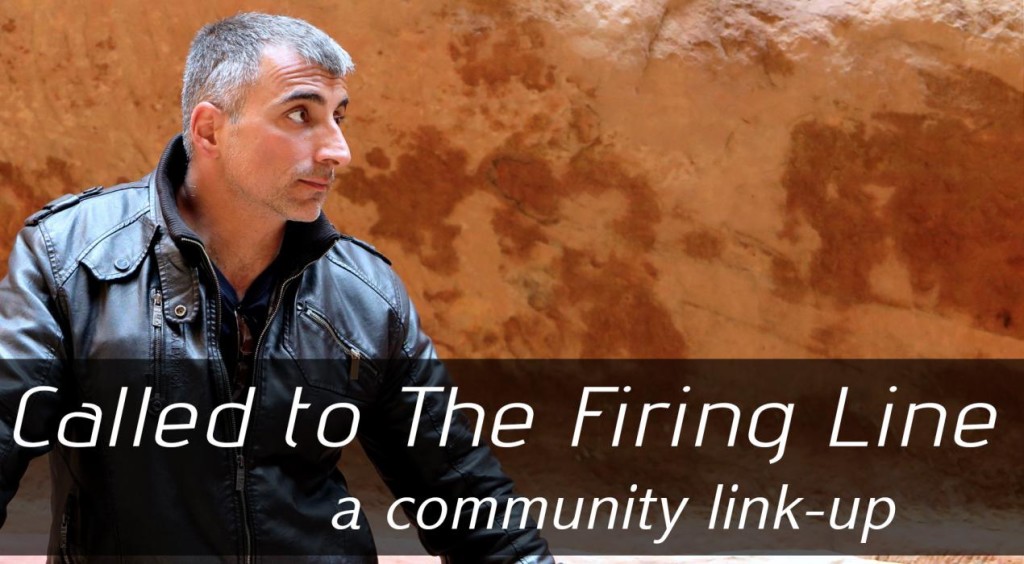 This week I helping editors at the High Calling share stories about those who on the Firing Line for faith. Have you been challenged and oppressed for your faith? Or have you stopped just short, uncertain of the results. What holds you back?

If you have your own story to share, leave a note below. If you have a blog and write about it, jump on over to the High Calling and link up for others to see.

Want to go to Jordan? Contact Ra’ed and he will guide you on what to do next. You will NOT be disappointed. It’s safe. It’s secure. It will change your life.

April 27, 2015 Unsettled: Face to face with families of the martyred
Recent Comments
2 Comments | Leave a Comment
"This made me think of Ecclesiastes 3:11 (NIV84)He [God] has made everything beautiful in its ..."
Country Preacher Finding the words to describe the ..."
""
Trysten Lang This Syrian refugee made me forget ..."
"The US needs to quit encouraging this war and side with Assad to end it ..."
Roger McKinney This Syrian refugee made me forget ..."
"If I said "yes" to every opportunity I've ever been afforded, I think I would ..."
Linn What if you said “Yes” to ..."
Browse Our Archives
Related posts from David Rupert