This Is What’s to Blame for the Texas Church Massacre

I saw the headlines and just shook my head in disbelief. More than 10 percent of the town of Sutherland Springs, TX, was killed by one man who opened fire at the First Baptist Church.

Twenty-six people, aged 15 mos. to age 74 were killed in the middle of a church service.  Nine members of a single family were lost.

It’s tragic. It’s sad. There is no longer any place we can call “safe.”
Embed from Getty Images

A nightclub. A Country Music Festival. A bikepath. A school. We have no place to simply rest, relax, or pray.

The FBI profilers will scan this guys background, looking for what pushed him over the edge. They won’t find anything solid except for theory.

And then the rest of us “experts” will weigh in.

The Four-letter word that’s behind all of this

But the problem is you cannot stereotype people and predict their propensity for violence.  The Las Vegas gunman was a guy with a gambling problem. The New York sidewalk killer was an immigrant. The Colorado theater gunman was an atheist rich kid who struggled with grad school.

In America we are shocked by the callous regard for innocents. But in many places of the world, terror is commonplace. Whether it’s a bomb in a marketplace or a car exploding in front of a mosque or a knife welding madman on a bridge, terror knows no bounds.

Just a couple of years ago we read the shocking headlines. We winced when we saw the men  kneeling on the shores of Tripoli, declaring their faith even as the life was drained from their neck. We hashtagged and prayed for the hundreds of innocent Nigerian girls snatched in broad daylight. I stood with Ethiopians who cried out for justice, for someone to care
I went to the Middle East and stared evil in its face. I prayed with and interviewed  dozens of good people who were terrorized by ISIS.

Some chalked those atrocities to civil war or politics gone astray. But that kind of terror isn’t constrained to an ideology or geography.

Mass killings are nothing new. The sword. The stone. The bare hands. Evil has always displayed itself in violence.

This fight is against evil. And I’m now a soldier of righteousness.

Some don’t want to believe in evil, thinking there are human solutions to all this craziness.

But you’ve tried everything else. You’ve tried profiling and gun laws and increased spending for counseling and mental health changes and compassion. And still we have all of this craziness.

If you are an atheist or an unbeliever, you shouldn’t clap because conservative, white Christians are “getting their due.” These are crimes against humans – your brothers and sisters.

The best way for all of us to stand against evil is to take a stand for righteousness.

Jesus told us that we “are the light of the world” and not “the accusers of the world.”  He didn’t tell us to curse the darkness, rather he told us to shine our light so bright that it chases the darkness away.

It’s hard, because we want to go on offense. We want to stop this insanity. But the way of the cross has always been the same and it’s never changed.

The soldier of righteousness carries no weapon but the cross. And the battle position is on our knees. 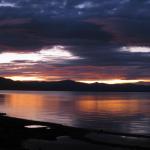 October 30, 2017
The {Crooked} family tree: A twisted past, a promised future
Next Post 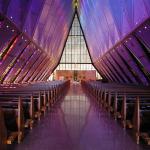 November 8, 2017 “Could My Church Be Next?” What Every Worshiper Will Be Thinking This Sunday
Recent Comments
0 | Leave a Comment
Browse Our Archives
Follow Us!