I was recently reminded of a story about holding on to old perceptions as retold by my friend Dan Black.

If you attend a circus you’ll see elephants walking in meek compliance. If the trainer wants to keep them in an area, they tie a simple weak rope to a pole and walk away. It’s crazy. These massive creatures could break just about anything humans could engineer. Why don’t they just run?

This is accomplished through careful training. They secure the baby elephant with heavy chains. Every time the little guy tries to wander away, he’s violently pulled back since he doesn’t have the physical strength to break the chain. After a few futile tugs, he simply quits in frustration. It doesn’t take long, and eventually he gives up even trying. He gives in.

As the elephant grows older, the chain is replaced by a simple, cheap rope. And the elephant never bothers testing the strength of the rope because the desire to run is gone.

Isn’t that just like us? We are captive by our past, by the limitations we once had. When they define us, they hold us back. We become our limitations.

We idolize our scars

I have a friend who fell off a roof in a horrific construction accident. He lost the use of the lower half of his body. But he, of southern grit, figured it out. He went on to continue his construction career, learning how to manage projects. He lives in rural Wyoming and drives a snowplow to clear his driveway and brings in firewood and even skis with a unique contraption. I’ve even been hunting with him on a four-wheeler.

His past didn’t define him.

I have another friend who fell off a deck at almost the same time frame. Same result. But her outcome was far different. She essentially holed up in her home, refusing to come out. Others had to bring her groceries and check on her. Tied to a measly string, she retreated inside her injury.

While I don’t want to diminish her injury, seeing these two people side-by-side was stunning. 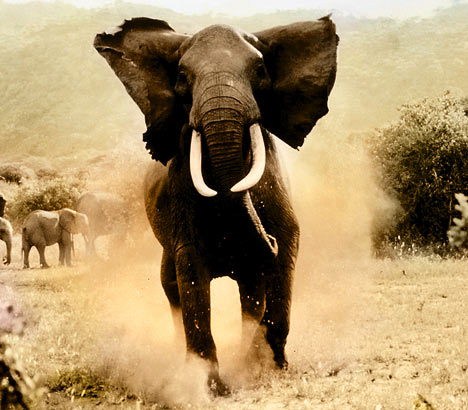 You probably have some old injuries you are carrying around. Someone said something to you or did something to you. Maybe as a child you were told you were dumb, or you couldn’t sing, or you were ugly. Maybe a parent crushed your enthusiasm or a trusted elder took advantage of you sexually. Maybe you had a major illness. Maybe your heart was broken.

And the result is you never tug at the rope that holds you back. If you did, it would break and you would be free.

What is most interesting is that we prop up these past injuries, we given them prominence. We idolize them. We are Divorced. Broken. Abused. Hurt. And that label becomes who we are and who we worship. These labels are often rooted in the past – old animosities carried like a beat-up Samsonite. And that’s where they should stay.

My friend Jennifer Lee wrote about this in her brand-new  book, Love Idol: Letting go of your need for approval and seeing yourself through God’s eyes. Long book title, short answer. “Crush it.”

So tug a little. You’re “preapproved,” forgiven and totally free to not only roam, but to run!

March 18, 2014 Divided We Stand: How To Reach the Other Side
Recent Comments
37 Comments | Leave a Comment
"I'm sorry for your loss."
Maine_Skeptic The Day I Walked Away: Finding ..."
"Books2Door Dicount Code is best code provided by Books2Door. Amazing Discount Offers Get, Books2Door & ..."
Nora Hazel The quaint concept of self-denial [It ..."
"nice articleEAZE PROMO CODEPromo Codes and save up to 30% on the offer, so get ..."
julie The quaint concept of self-denial [It ..."
"You lift yourself up by your bootstraps. And trust God that He will accomplish whatever ..."
edwitness Sins of The Father: What Should ..."
Browse Our Archives
get the latest updates from
David Rupert
and the Patheos
Evangelical
Channel
POPULAR AT PATHEOS Evangelical
1

Evangelical
Rumble Strips: How the Side of the Road...
David Rupert