An anonymous German man is tweeting the story of the Nativity as “Joseph von Nazareth” (you can follow his journey here). 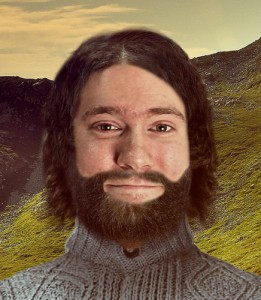 It seems that the micro-blogger’s intention is to provide a light-hearted commentary on the Christmas story from St Joseph’s perspective. Although Joseph von Nazareth (to give him his German name) only began using Twitter on 1 December, he has already gained around 9,500 followers and has published over 90 tweets. In fact, his tweets have become so popular that he has even started tweeting in English as well as German!

According Joseph von Nazareth’s profile, the anonymous twitterer appears concerned that although most people “have heard the [Christmas] story a thousand times, nobody has ever thought about how Joseph felt about the whole thing.” It might be true to say that we can sometimes forget about St Joseph’s role in the gospels, but it isn’t really correct to say that nobody considers him – many of us have a great devotion to our Lord’s foster father. Having said that, I am sure that most of us can understand the German micro-blogger’s desire to explore afresh how Joseph might have felt about the events surrounding the Nativity.

These tweets might prove controversial for some, although they do remain tame on the whole – even if they sometimes appear to be too humorous at times. The interesting thing about Joseph von Nazareth’s tweets, though, is that they attempt to give a modern male’s perspective on the events that led to the Nativity. In that sense, this person’s micro-blog might open up the Christmas story to a large section of the population – ordinary young men – who might not have been able to personally connect to it so far.

After finding out that Mary is pregnant, Joseph von Nazareth wrote: “Did not sleep a wink the whole night. I am seriously considering whether I should leave Mary.” He even asked his male readers whether they had ever experienced a similar situation, namely: “A girlfriend pregnant by another.” Other tweets reveal a sensitive man, deeply in love with Mary – whom he remains devoted to throughout, even after discovering that she was expecting a child that was not his. Before the shock revelation, Joseph is concerned by the fact that she is “a little down” and “stressed and tired”. Needless to say, Mary’s pregnancy comes as a shock to Joseph, although there is some relief as it helps him to understand why his beloved has been so anxious and tired of late.

Joseph Von Nazareth also writes from the perspective of a down to earth Jewish man, and his tweets from last Friday referred to how he would not be writing until Sunday as he had to keep the Sabbath. He is also a man who knows the stress of having to find work, asking in one tweet:  “Do you have any carpenter’s work in Jerusalem? If so, I’m the man for the job,” adding: “Please note, that currently, I can only take orders in Nazareth and the surrounding area.”

December 14, 2011
"A true miracle": why the Crystal Cathedral deal was such a bargain
Next Post

December 14, 2011 An incredible church renovation
Recent Comments
3 Comments | Leave a Comment
Browse Our Archives
get the latest from
Catholic
Sign up for our newsletter
POPULAR AT PATHEOS Catholic
1