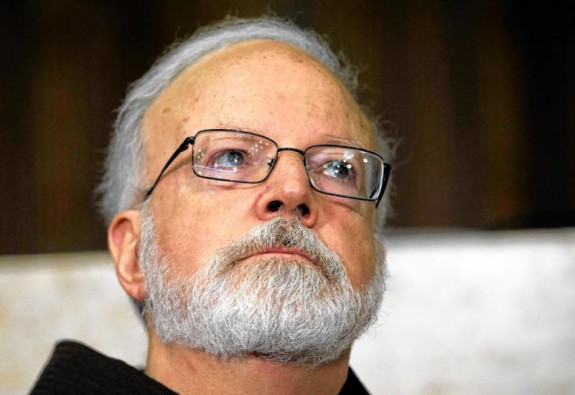 And John Allen explains why:

If the readers of Italy’s paper of record, Corriere della Sera, had any say in the matter, the choice for the next pope would be clear: Cardinal Sean O’Malley of Boston.

Corriere today asked eight contributors, including their own Vatican beat writers as well as noted Vatican-watchers, to name their top three picks to be the next pope. O’Malley was mentioned by five of those eight experts, putting him in a tie with Odilo Pedro Scherer of Brazil, and just one mention ahead of Angelo Scola of Milan.

Two other Americans, Timothy Dolan of New York and Donald Wuerl of Washington, got one mention apiece.

Where O’Malley really separated himself from the pack was in an on-line readers’ poll on theCorriere web site. There O’Malley drew 36.7 percent of the vote, as of roughly 6:30 this evening Rome time. The Boston prelate far outpaced Scola with 17.9 percent and Luis Antonio Tagle of the Philippines with 14.3 percent.

First of all, O’Malley is a Capuchin Franciscan, and the Franciscans are wildly popular in Italy. They’re considered the closest religious order to the poor and to ordinary people, the guys you can rely upon when the chips are down. They’re also considered the polar opposite of the usual clerical stereotypes – not haughty or imperial, but simple, honest, and utterly unpolitical.

Second, the brief profile offered by Corriere della Sera to help voters make up their minds describes him as “one of the principal exponents of the policy against sexual abuse in the Catholic church.” At a time when the Vatican once again finds itself fighting off criticism related to the abuse scandals, that reputation looks pretty good.

March 9, 2013
Check out this tour of the Casa Santa Marta, where the cardinals will be staying
Next Post

March 10, 2013 What can a pope change? Not as much as some people think.—UPDATED
Browse Our Archives
Follow Us!