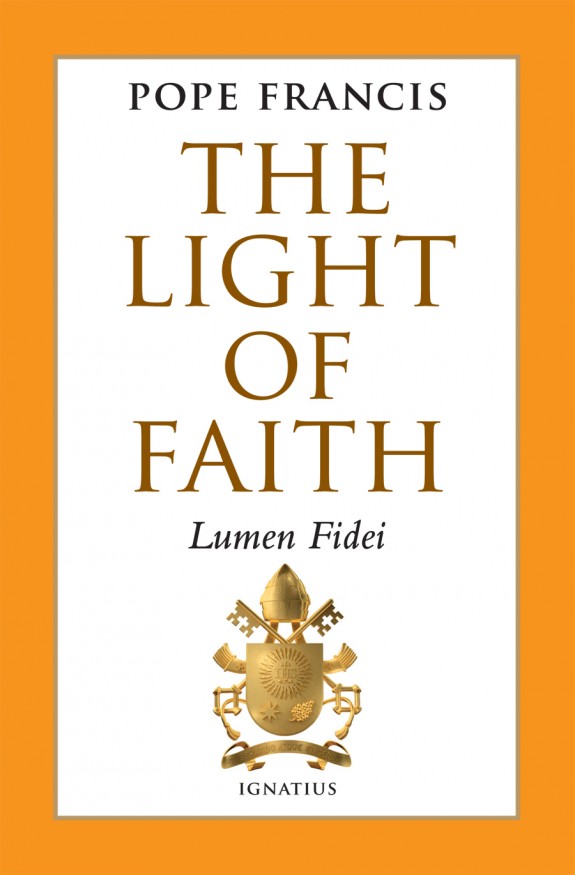 Reaction and analysis is pouring in.

In what Pope Francis has referred to as a document written by “four hands,” meaning his and those of his predecessor, Benedict XVI, the new pope’s first encyclical insists that Christian faith “must be professed in all its purity and integrity,” but also strikes a  pose of open arms to all the “seekers” of the post-modern world.

Anyone who is “open to love,” the document says, is “already, even without knowing it, on the path leading to faith.”

In a sense, the document amounts to a synthesis of the spirit of “affirmative orthodoxy” under Benedict, which is now seemingly being extended into the papacy of Francis: Tenacity in defending the content of orthodox belief, but a determination to phrase that content in the most positive and outward-reaching fashion possible.

The 90-page encyclical letter, titled Lumen fidei, or “Light of Faith,” was released today in a Vatican news conference.

The text is marked by striking outreach towards people open to God who have not yet arrived at the fullness of Christian belief.

“To the extent that they are sincerely open to love and set out with whatever light they can find, they are already, even without knowing it, on the path leading to faith,” it says.

It suggests that a genuine concern for others, even among non-believers, represents the stirring of faith.

“Anyone who sets off on the path of doing good to others is already drawing near to God,” it says.

While insisting that Christian faith reflects objective truth, the encyclical also says that Christians must not be arrogant about it.

“One who believes may not be presumptuous,” it says. “On the contrary, truth leads to humility.”

Noted American spiritual writer Fr. James Martin, a member of Francis’ Jesuit order, said the encyclical could help “the seeker, the doubter, the agnostic and even the atheist.”

Martin called the document “a heartfelt attempt to speak to anyone still searching for God.”

From Drew Christiansen in America:

With a bow to the religious sensibility of searchers who lack explicit faith, the letter recognizes that “Religious man strives to see signs of God, in the daily experiences of life, in the cycle of the seasons, in the fruitfulness of the earth and in the movement of the cosmos” (no. 35). It continues, “To the extent that they are sincerely open to love and set out with whatever light they can find, the popes tell us, “[searchers] are already, even without knowing it, on the path leading to faith.”

According to the letter, moreover, faith illumines the whole of life, including scientific inquiry. “Faith encourages the scientist to remain constantly open to reality in all its inexhaustible richness,” the popes write. “Faith,” they continue, “awakens the critical sense by preventing research from being satisfied with its own formulae and helps it to realize that nature is always greater. By stimulating wonder before the profound mystery of creation, faith broadens the horizons of reason, to shed greater light on the world which discloses itself to scientific investigation” (no. 34). While in fundamental theology these dynamics propelling the advance of science may be interpreted as manifestations of implicit faith apart from Christ, when viewed the eyes of faith, by a believing scientist like Teilhard de Chardin, they gain a Christic depth. It is to that greater depth of life lived in faith that the two popes want to draw our attention.

Also blogging about this: Kathy Schiffer.  And you can read the document online at the Vatican website.

July 5, 2013
Müller: No Need for Non-Sacramental Women Deacons
Next Post

July 5, 2013 Müller: No Need for Non-Sacramental Women Deacons
Browse Our Archives
get the latest from
Catholic
Sign up for our newsletter
POPULAR AT PATHEOS Catholic
1

Unmasked: Pride, Malice, And The Spirit Of The...
When Supreme Court Justice Neil Gorsuch, while undertaking a case concerning COVID...
view all Catholic blogs
Copyright 2008-2021, Patheos. All rights reserved.