Hail Mary pass: half of football fans believe God is a force in football 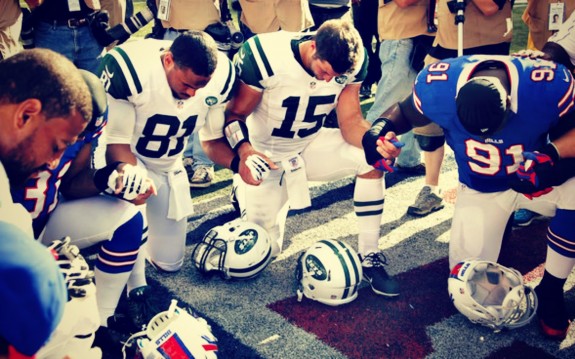 Two weeks ahead of the Super Bowl, half of American sports fans say they believe God or a supernatural force is at play in the games they watch, according to a new survey.

That percentage includes Americans who pray for God to help their team (26 percent), think their team has been cursed (25 percent) or more generally believe God is involved in determining who wins on the court or in the field (19 percent). Overall, half of Americans fall into one of these groups, according to the survey Public Religion Research Institute released Tuesday.

“As Americans tune in to the Super Bowl this year, fully half of fans — as many as 70 million Americans — believe there may be a twelfth man on the field influencing the outcome,” Public Religion Research Institute CEO Robert Jones said in a statement. “Significant numbers of American sports fans believe in invoking assistance from God on behalf of their favorite team, or believe the divine may be playing out its own purpose in the game.” 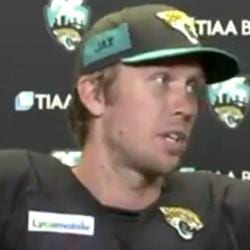 Catholic
WATCH: The proud Christian faith of the NFL's...
The Deacon's Bench
TRENDING AT PATHEOS Catholic