St. Patrick, son of a deacon 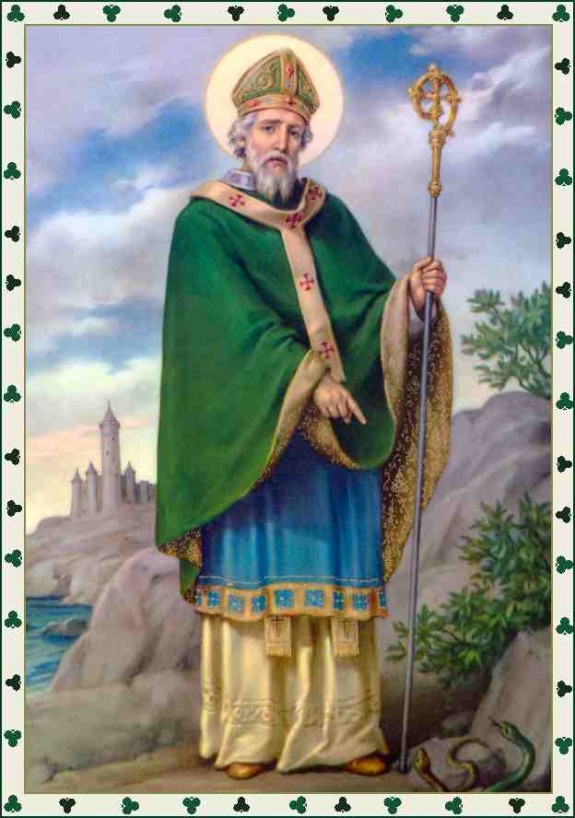 Leave it to Bill Ditewig to remind us of that intriguing fact—and a few other things, too:

So, we all know the things that are NOT true about St. Patrick: He wasn’t Irish by birth, he didn’t really cast out snakes from Ireland, he wasn’t the first person to bring Christianity to Ireland, and he probably didn’t use the shamrock as a sign of the Trinity in his teaching.  What we do know is that he was the son of a Deacon (Calpurnius), and the grandson of another cleric.  While myth surrounds his early life, that doesn’t mean that Patrick’s life and ministry don’t reach deep into the Christian psyche.  Nowhere is this better expressed than in Thomas Cahill’s wonderful little book, When the Irish Saved Civilization:

Patrick’s emotional grasp of Christian truth may have been greater than Augustine’s. Augustine looked into his own heart and found there the inexpressible anguish of each individual, which enabled him to articulate a theory of sin that has no equal – the dark side of Christianity. Patrick prayed, made peace with God, and then looked not only into his own heart, but into the hearts of others. What he saw convinced him of the bright side, that even slave traders can turn into liberators, even murderers can act as peacemakers, even barbarians can take their places among the nobility of heaven.

In becoming an Irishman, Patrick wedded his world to theirs, his faith to their life. For Augustine and the Roman church of the first five centuries, baptism, the mystical water ceremony in which the naked catechumen dies to sin, was the foundation of a Christian life.Patrick found a way of swimming down to the depths of the Irish psyche and warming and transforming Irish imagination – making it more humane and more noble while keeping it Irish.

I have always thought that Cahill captured the nature of ministry well.  While specifically writing of Patrick, his words are inspirational for all in ministry, especially in light of Pope Francis and his own humble approach to relating to others.  By looking into the hearts of others, the pope has focused on the positive dimensions of human nature and the ability for all persons to be transformed in the Christ.  The celebration of the birth of Bishop Patricius (St. Patrick) into heaven (17 March is the anniversary of his death) gives us a good chance to reflect on our own approach to ministry.

Meantime, careful observers will note that Patrick is often depicted wearing a dalmatic—as bishops sometimes do.

March 17, 2014 Archbishop dedicates restored church whose pastor "lost his life caring for his flock" during Katrina
Browse Our Archives
get the latest from
Catholic
Sign up for our newsletter
POPULAR AT PATHEOS Catholic
1