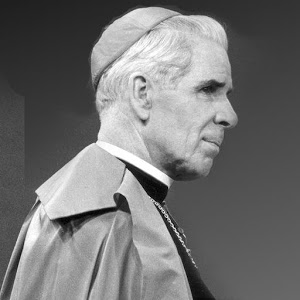 This email arrived in my in box a few moments ago:

Joseph Zwilling, Director of Communications for the Archdiocese of New York, released the following statement today on behalf of the archdiocese, in an attempt to clarify certain questions concerning the cause of Venerable Archbishop Fulton J. Sheen.

“The Archdiocese of New York joins Bishop Daniel Jenky of the Diocese of Peoria in his invitation to prayer that “God’s will be made manifest” concerning the cause for sainthood of Venerable Archbishop Fulton J. Sheen.   People have approached us for some background and we hope this helps, following the announcement yesterday from the Diocese of Peoria, that the cause had been suspended.

Archbishop Fulton J. Sheen expressly stated his desire that his remains be buried in New York, a request that was granted by Cardinal Terrence Cooke when he was laid to rest beside the Archbishops of New York in the crypt beneath the high altar of Saint Patrick’s Cathedral. To date, the only official instruction that the Archdiocese of New York has received from the Holy See regarding this matter was, from a decade ago, that his body not be moved to Peoria. To date, we have not received any further direction or request from the Congregation for the Causes of Saints.   In addition, Archbishop Sheen’s closest surviving family members have also expressed their desire that their uncle’s wishes be respected and that his bodyremain in New York.

The Congregation for the Causes of Saints did recently ask the Archdiocese of New York and the Diocese of Peoria to enter into a dialogue to see if there was a way to continue progress in moving the cause forward. Discussions with Peoria centered on two areas: the possible exhumation and study of the body; and the possible collection of “first class relics” of Archbishop Sheen.   Cardinal Timothy Dolan did express a hesitance in exhuming the body, unless the Congregation for the Causes of Saints directed that it be done, unless the process was approved by the family, that it be done modestly and reverently, and that the exhumation met the requirements of New York State law. He consulted with the family, who gave their approval if it would help advance the cause.

Regarding first-class relics, Cardinal Dolan does object to the dismemberment of the Archbishop’s body.   However, if the body is exhumed, there is the strong likelihood that some relics would be present in the coffin, which could be reverently collected without disturbing the body, and then shared generously with the Diocese of Peoria. The family is at peace with this; and we will await directions from Rome.

Immense gratitude is due to the Diocese of Peoria and to Bishop Jenky for the leadership they have shown in advancing the cause of Archbishop Sheen to its current status. If, however, the decision of the Diocese of Peoria is final to suspend the cause for Venerable Archbishop Fulton J. Sheen, and assign it to the Congregation for the Causes of Saint’s historical archives, the Archdiocese of New York would welcome the opportunity to assume responsibility for the cause in an attempt to move it forward, if such were in accord with the Diocese of Peoria and the Congregation for the Causes of Saints, hoping Bishop Jenky’s excellent work would continue and his eloquent prayers answered.”