The Holy See Press Office has announced that Carolyn Woo, president and CEO of Catholic Relief Services, will be among the four presenters at the releases of Pope Francis’s second encyclical, Laudato Si.

The press office previously announced the names of three presenters: Cardinal Peter Turkson, the president of the Pontifical Council for Justice and Peace; Orthodox Archbishop John Zizioulas of Pergamon, who will represent the Ecumenical Patriarchate of Constantinople; and Hans Joachim Schellnhuber, the director of the Potsdam Institute for Climate Impact Research and chairman of the German Advisory Council on Global Change.

If her name sounds familiar, it should: read a recent interview with her here. 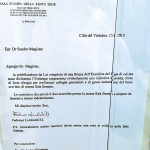 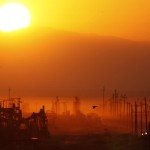 Catholic
NYC board reportedly to vote on removing “St....
The Deacon's Bench

Catholic
Judge: no, you can’t name your child “Messiah”
The Deacon's Bench

Catholic
“Nothing short of a miracle”: mystery priest appears...
The Deacon's Bench
TRENDING AT PATHEOS Catholic

The Person and a Balthasarian Thought about Who...
Who am I? It’s a question addressed in parlor games, odd moments...
view all Catholic blogs
Copyright 2008-2020, Patheos. All rights reserved.