Francis: beware those who claim to be “very Catholic”

Francis: beware those who claim to be “very Catholic” August 30, 2015 Deacon Greg Kandra 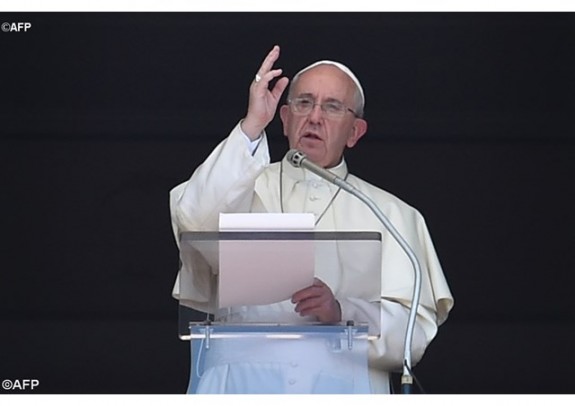 From his Angelus remarks Sunday:

Pope Francis has strongly criticized Catholics who brag that they are perfect followers of the church’s teachings but then criticize or speak ill of others in their faith communities, saying they cause scandal and even offer a “counter-witness” to Jesus.

“We all know in our communities, in our parishes, in our neighborhoods how much hurt they do the church, and give scandal, those persons that call themselves ‘Very Catholic,'” the pontiff said Sunday.

“They go often to church, but after, in their daily life, ignore the family, speak ill of others, and so on,” he continued. “This is that which Jesus condemns because this is a Christian ‘counter-witness.'”

Francis was speaking Sunday in an off-the-cuff moment during his weekly Angelus address in St. Peter’s Square, which focused on one of Jesus’ teachings about the role of the proscribed laws of the faith of his time.

The full text of the Angelus is available here.

N.B.: The official text translates the passage mentioned above this way, omitting “very” before “Catholic”:

“We all know, in our communities, in our parishes, in our neighborhoods, how bad do and give scandal to the Church, people who say they are Catholic and very often go to church but later, in their daily lives, they neglect the family, speak ill of others and so on. This is what Jesus condemned, because this is a counter-Christian witness.”

August 30, 2015
Deacons, add this book to your library
Next Post

August 30, 2015 "I find my thoughts drifting to the Sabbath..."
Browse Our Archives
get the latest from
Catholic
Sign up for our newsletter
POPULAR AT PATHEOS Catholic
1

Clarifying Catholic Teaching on Vaccines re:...
Through Catholic Lenses
Books by This Author Books by Deacon Greg Kandra