Fittingly, he issued this document on the Feast of St. Jerome.

[The letter] establishes that “the Third Sunday in Ordinary Time is to be devoted to the celebration, study and dissemination of the Word of God.”

The timing of the document is significant: 30 September is the Feast of Saint Jerome, the man who translated most of the Bible into Latin, and who famously said: “Ignorance of Scripture is ignorance of Christ”. This year also marks 1600 years since his death.

The title of the document, “Aperuit illis”, is equally important. They are its opening words, taken from St Luke’s Gospel, where the Evangelist describes how the Risen Jesus appeared to His disciples, and how “He opened their minds to understand the Scriptures.”

Recalling the importance given by the Second Vatican Council to rediscovering Sacred Scripture for the life of the Church, Pope Francis says he wrote this Apostolic Letter in response to requests from the faithful around the world to celebrate the Sunday of the Word of God.

In the Motu proprio (literally, “of his own initiative”), Pope Francis declares that “the Third Sunday in Ordinary Time is to be devoted to the celebration, study and dissemination of the Word of God”. This is more than a temporal coincidence, he explains: the celebration has “ecumenical value, since the Scriptures point out, for those who listen, the path to authentic and firm unity”.

Pope Francis invites local communities to find ways to “mark this Sunday with a certain solemnity”. He suggest that the sacred text be enthroned “in order to focus the attention of the assembly on the normative value of God’s Word”. In highlighting the proclamation of the Word of the Lord, it would be appropriate “to emphasize in the homily the honour that it is due”, writes the Pope.

“Pastors can also find ways of giving a Bible, or one of its books, to the entire assembly as a way of showing the importance of learning how to read, appreciate and pray daily with Sacred Scripture.”

Next year, the 3rd Sunday of Ordinary Time falls on January 26. 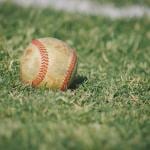 September 29, 2019
This may be a first: a bishop pens a pastoral letter about...baseball?
Next Post 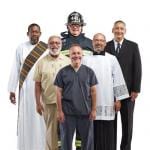 September 30, 2019 'I'm a deacon and a...': Check out this new brochure from Cleveland
Browse Our Archives
get the latest from
Catholic
Sign up for our newsletter
POPULAR AT PATHEOS Catholic
1