I recently fell down a rabbit hole when I became entranced by the phrase “Hail the Traveler.” Referencing the astral soul as a “traveler” is common and we often refer to our Dead or souls as “on a journey” using euphemisms that refer to being a traveler. We seem inherently uncomfortable with Death and we often feel it is a kindness to use words that are indirect. You often hear references like: “passed on/away”, “the dearly departed”, and “having left this life” when discussing the fact someone has died. Ancient myths often tell of a dead or dying protagonist traveling between the realms or worlds of the living and the dead to complete their quest. These often are moral stories about the evolution of the soul. 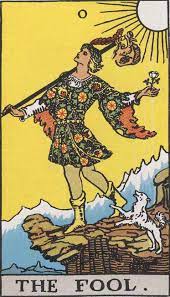 I find it telling that the first card of the Major Arcana of the Tarot is the Fool. The Fool is significant to the querient because he is dumb enough to inquire about his fate. He presents as a traveler about to embark on a journey, his little pack of necessities tied to the end of his staff. He smiles blissfully as he begins his new adventure, blindly walking toward the edge of a cliff. This card is not usually seen as one foretelling death; however, it certainly illustrates the awareness of the impact of the paths we travel affecting our soul’s journey. Perhaps if the querient were to walk off that cliff then they’d choose to fly… or to die.

Hail the Traveler! This shibboleth is used often in honor of someone who has recently transitioned from this life to the next. When I began this research I found the current reference was a poem posted online by Quetta Garrison-Madsen at www.TheInspiredFuneral.com. The respondent from the website stated they had pulled the poem from the Celtic Book of the Dead by Caitlin Mathews published in 1992. A beautiful homage and yet, unfortunately, I was unable to find any information online about Quetta as an author or poet.  The etymology of “Hail” is linked to the Nordic language and thus seems fitting for it to be a Celtic phrase.

There are many uses of the phrase in articles and books in the last four or five years. I came to the conclusion it tends to be an expression specifically used to quietly honor the Wiccan/pagan, Beloved Dead by using a beautiful phrase that doesn’t seem to attract attention from those outside our chosen-cultural circle.

In my wanderings around and throughout the never-ending burrows of the internet, I found several other contemporary poems honoring passed loved ones that used the same idiom. Such as; A Prayer for the Dead by Byron Ballard, village witch, and author based in Asheville, North Carolina. https://www.moonlightpotionscharms.com/post/a-prayer-for-the-dead. And a beautiful sonnet by Aelyn on the Facebook group for Ar Draiocht Fein, A Druid Fellowship hailing from Illinois. Perhaps the poems are inspired by the phrase?

The Language of Eulogies and Obituaries

While the turn of phrase has been commonly used in many obituaries in the last few years; interestingly, the oldest obituary I was able to disinter was in Margot Adler’s online obituary posted on Metafilter.com. Adler, writer, NPR journalist, activist and Wiccan priestess, is the well-known author of the cornerstone book Drawing Down the Moon (1979).

When the announcement of her death was made, many of her followers took to the internet to post condolences.
From Twitter:
The great Elder #MargotAdler has passed on…so very saddened and crushed…as Garen Du said, “All hail the glorious dead.” #RIPMargotAdler — Badcrumble (@Badcrumble) July 28, 2014 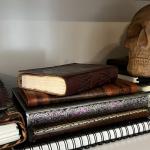 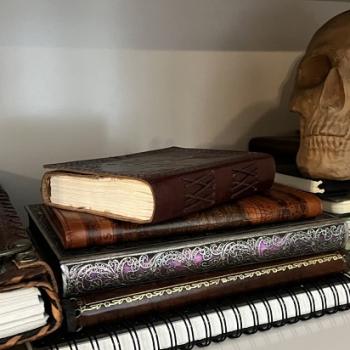 More Voices
What Will They Find After You're Dead?
Death and Tea 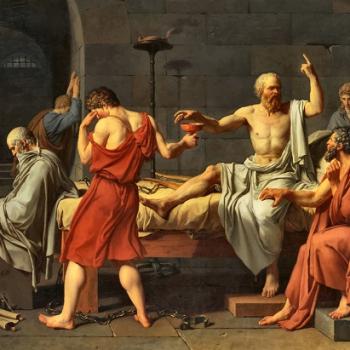 More Voices
You're Not Getting Out Alive!
Death and Tea
TRENDING AT PATHEOS More Voices