It’s Primary Season: Are You Voting for Freedom or Fear?

Two months ago, our collective conversation focused on defeating ISIS. Now it’s focused on candidates defeating each other.

As long as we listen to the fear in our own minds, we will see enemies everywhere—and not just because of radical religious differences or a two-party system.

I started a blog about this back in December, the morning after President Obama said—in a speech about the mass shootings in San Bernardino—that freedom is more powerful than fear. He cautioned against using the language of war with ISIS, since incendiary language could bolster their resolve.

I never finished that blog. But today, on the voting day for the nation’s first primary, I think it’s the right time to revisit it. Here’s what I started to say then, and why I hope you’ll take it to heart today.

The fear in our discussion about terrorism (and in this presidential campaign) comes from our own minds, not from external enemies. We can put all the names on it we want: ISIS, jihadists, radical Muslim, Democrat, Republican, Socialist. It’s all the same thing. The Other. The Enemy.

We are all, as one of my  A Course in Miracles students put it—giving voice to our inner terrorist.

The inability of human beings to respond with calm and forgiveness speaks to the most basic of spiritual truths: that we are of two minds. One mind is committed to a higher ideal, or what Lincoln called “the better angels of our nature.” The other is committed to fear—accelerating and supporting it.

As long we don’t recognize or deal with issues on this most basic level, nothing will ever change.

This is not to be misunderstood.

Nothing will ever change.

We cannot ever see an end to attack and defense until we address all the everyday wars we fight in our own minds.

In the past, we could point to a country or a region that contained the enemy. We knew where they were and how to find and defeat them.

Now, we’re dealing with terrorism that’s an exact replica of what goes on in our minds. It has no boundaries, it’s unpredictable and it seems impossible to defeat.

The fears I feel in an argument with my husband are no different than the fears that move ISIS to take action. They may look different, since I’m not strapping bombs to my body.

But, then again, they’re exactly the same. When I get mad at another person, my fear tells me to inflict as much harm as possible. Make that person to hurt so I won’t anymore.

If I want something someone else has, my fear tells me to take it from them.

If I want to belong, and if my mind is actively engaged with fear, I’ll seek out others who will congratulate me on my inner terrorist and blend their fears with mine.

We will continue to try to resolve fear-based problems with the same fear-based thoughts that created them.

This is why it’s so important to vote with intention and awareness. Take responsibility for your own thoughts. Become aware of those that are based in fear, and ask for a spiritual revolution in your own mind to heal them so you can respond from your better nature.

Speak out for peace. Speak out for forgiveness. People may try to drown you out and ridicule you. But do it anyway, because they’re simply speaking from their own fear.

Debra Landwehr Engle is the author of The Only Little Prayer You Need. You can find her on Facebook and at debraengle.com. 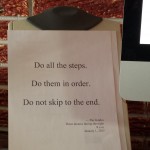 February 4, 2016
3 Spiritual Truths to Put Near Your Computer
Next Post 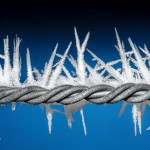 February 16, 2016 3 Common Thoughts that Keep You Stuck
Recent Comments
0 | Leave a Comment
"Love, love, LOVE this! Sorry it took me 4 years to stumble across it!"
Donna A “Miracles” Message to Donald Trump
"I wish we could wish for another president, lol, but I guess this blog will ..."
madison_kelly 5 Spiritual Steps to Ease Tensions ..."
"When I was a kid, about the age of 6 I was very shy and ..."
Nicholas Premonitions – No Ordinary Dream
"Thank you, Claire!"
Debra Engle A “Miracles” Message to Donald Trump
Browse Our Archives
get the latest from
New Visions
Sign up for our newsletter
POPULAR AT PATHEOS New Visions
1 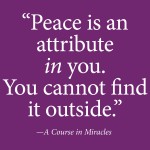 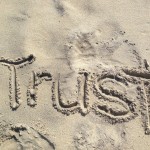 New Visions
Why This Is a Time to Trust Even...
Debra Landwehr Engle "Everyday Miracles" 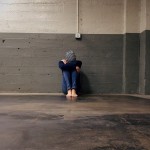